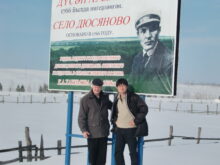 On February 16, Jordan Center for Advanced Study of Russia hosted Professor Norihiro Naganawa, who spoke about his ongoing book project on early Soviet Russia’s engagement with Central Asia, Iran, and the Red Sea. Naganawa is a professor of Central Eurasian Studies at the Slavic and Eurasian Research Center of Hokkaido University in Sapporo, Japan. He offered a transnational history of revolutionary Russia through the lens of a Tatar revolutionary and Soviet diplomat, Karim Abdraufovich Khakimov (1890-1938). He was introduced by Jane Burbank, Professor Emerita, New York University. Stream it here.

Professor Naganawa began by introducing the political geography of Russia, Central Asia, and the Middle East. Referring to  the scholarship of Eileen Kane, Adeeb Khalid, Samuel Hirst, Masha Kirasirova, and Alfred Rieber, Professor Naganawa described Khakimov as a non-Russian intermediary between the Bolsheviks  and the Muslim peoples in Central Asia in the first decades of Soviet power and later between the USSR and Middle Eastern states. The Soviets, positioning Russia as a victim of the West’s capitalism and Britain’s imperialism, were eager to create an economic and political zone, in opposition to the West, based on the shared victimhood of the East. To do so, they deployed domestic Muslims, such as Khakimov, as their interlocutors with the foreign regions of the East.

Why is it important to center a study of these relationships on the life of an individual? “A biography is the most effective method to reveal connections and contexts that nationally framed historiographies leave out,” said Professor Naganawa, positioning his own work in the “biographical turn” within the study of history. Today Khakimov is merely celebrated as a forerunner of the Putin regime’s return to the Middle East against the backdrop of the collapse of Pax Americana after the Gulf War of 1991. By taking a closer look at Khakimov’s  earlier pathway, Naganawa showed a seamless transition from Russia’s Civil War to the early Soviet politics in the Middle East. The rest of the talk focused on how Khakimov had been deeply enmeshed in the Party struggle in Turkestan (Tashkent and Bukhara), the export of New Economic Policy in Iran (Mashhad, Nizhnii Novgorod Fair), and the conflict over the Red Sea (Jidda and Sanaa; the Hajj and Commerce). Naganawa described all these localities as  an arena where the Soviets cast themselves as fighting with British imperialism.

“The Bolsheviks, particularly in the 1920s, attached a special meaning to the Volga region as a bridgehead toward the broader Muslim world,” said Professor Naganawa, who emphasized that this region served as a bridge not only between the late imperial Russia and early Soviet periods, but also between the local and the transnational.

In the case of revolutionary Central Asia, Khakimov founded the distinctive military formation, the First Tatar Infantry Brigade, which fought anti-Soviet forces in Orenburg, parts of Kazakhstan, Tashkent, and Bukhara. Naganawa suggested that the arrival of Tatar Red Army soldiers reproduced a new version of the imperial  of civilizing mission to the Central Asian Muslim locals who earlier had been  exempted from military participation. Citing Marianne Kamp’s influential book, The New Woman in Uzbekistan, Naganawa brought to our attention the spark of feminism and Soviet emancipation of women during Uzbek women’s encounter with Tatar women activists. Displaying  archival documents of the pages of the newspaper of Communist Party of Turkestan, Naganawa highlighted numerous articles on the Brigade activities and read a poem that praised the Brigade’s arrival in Central Asia. Tatar women were mobilized as nurses and medical staff in the Red Army’s conquest of Bukhara in September 1920.

However, the Brigade received harsh treatment from the Central Asian local elites, who considered themselves the leaders of the  local populations. An intense power struggle was unleashed between the Tatar incomers and the native Bukhari elites within the first half year of the Red Army’s arrival. In April 1921, the Brigade minister Yusuf Ibrahimov was dismissed from the post, when his Bukhari colleagues denounced him for promoting a “Russification” policy. Naganawa quoted Khakimov’s own nuanced analysis of the predicament that he and his fellow Tatars found themselves in:

Muslim agents have more influence upon local mass, something that Russian agents cannot achieve due to their unfamiliarity of language and particularity of the Muslim custom. That is why the Bukhari government is less apprehensive of the Russian agent’s influence but takes heed of the Muslim agents — particular the Tatars, the most civilized revolutionary elements among Muslims — in order to remove undesirable revolutionary elements. Mainly the Tatars…

Naganawa added that these circumstantial difficulties and the intricately ambivalent sentiments the Tatars faced as Soviet Muslim intermediaries were largely absent in the existing scholarship of revolutionary Central Asia. “The role of the Tatars [in this period] should be clarified in its own right,” said Naganawa.

In the restof the lecture, Naganawa recounted Khakimov’s journeys to Iran and the Red Sea and elaborated on the trade relations and political economy, both under British imperialist rule in the Middle East and under Lenin’s New Economic Policy. Naganawa ended the lecture by reading a diary entry about Khakimov, after the latter’s purge in 1938, once again adding new dimensions of complexity to both the Tatar leader and diplomat’s persona and to what the revolutionary era meant to the Soviet minority cadres like him.

During the Q&A session, questions about religiosity, the transportation infrastructure for trades, and lessons for today’s Russian diplomacy in the Middle East were brought up. Naganawa provided summaries of the interethnic integration and religious life within the Red Army.