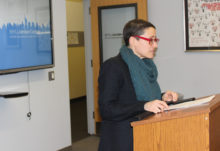 In many post-Soviet countries, a hybrid regime has emerged that is neither full democracy nor pure authoritarianism. Sometimes called “competitive authoritarian regimes” or “unconsolidated democracies,” these governments adopt the trapping of democracies—elections, public debates, opposition parties—but in most cases electoral outcomes are preordained, and everyone knows where the real power lies. Perhaps the best example is the Russian Federation, which is holding an election later this month in which no one doubts that Vladimir Putin will coast to victory.

Outsiders offer a few explanations for such uncompetitive, or theatrical, elections. In one narrative, elite operatives, or “political technologists,” put on a performance of democracy that the inert masses passively absorb. But this analysis ignores the millions of everyday citizens who choose to participate in performances of democracy, as well as “the myriad direct and indirect forms of control and persuasion exercised by the state over aspects of people’s economic lives,” said Jessica Pisano, Associate Professor of Politics at The New School for Social Research. Pisano spoke at the Jordan Center on February 23, sharing the results of 15 years of research in Russia and Ukraine.

“The big question that interests me is why people participate in spectacles of support for parties of power, how we theorize that participation, and what the implications of that may be for our understanding of relationships between society and the state,” Pisano said.

To answer these questions, Pisano spent 15 years, from 1999 through 2014, watching Russian and Ukrainian officials stage political shows. She traveled far from capital cities and regional centers, sat in meetings and public hearings, and chatted casually with locals while carrying out daily tasks: “harvesting, cleaning, drawing water from wells, shopping for used auto parts, sorting potatoes.” She chose participant observation over methods like interviews or surveys in order to access information that people would be less likely to share in a formal setting with a relative stranger.

Pisano’s fieldwork in Russia and Ukraine led her to conclude that labels like “competitive authoritarian” obscure important geographic and temporal variation within such regimes. Experience of state repression varies enormously even within individual countries, the result of local elites improvising tools of control from the resources at hand, Pisano said. For example, a member of the local draft board might punish a family for voting the wrong way by drafting their son—no small threat after Russia and Ukraine went to war in 2014. At the same time, coercion is not constant; such threats might appear in advance of an election, but otherwise fade into the background. In other words, the regime only sporadically activates its network of cadres.

Pisano listed three broad ways that local elites pressure their neighbors. With the first, financial compensation for work, bosses threaten to cut the wages of public sector workers or employees of state-owned industries, student stipends, or pensions. With the second, access to essential infrastructure, they jeopardize access to electricity and water, transportation networks, or, in rural areas, public pasture land. With the third, access to services, officials might withhold education, medical care, or ambulance services. Pisano found that tactics tended to be collective and more effective in concentrated communities—for example, a company town dependent on a large agricultural enterprise—than in dispersed communities. In the latter, elites find more individualized forms of persuasion and control, such as vote buying. However, all levers of influence rely on scarcity and the politicization of resources that were once thought of as entitlements, not rewards for obedience.

“The takeaway point here is that parties of power in both countries gain support by redefining settled entitlements and compensation and holding them hostage in return for participation in political theater,” Pisano said. “When we situate incentives for participation in political theater in their local context, we see that in many cases incentives, even positive incentives like vote buying, are bound up in an economy of loss for many participants.”

Pisano offered the example of an older villager in Ukraine who, in exchange for a few sacks of grain, votes however the chair of the local agricultural enterprise tells her. While at first glance this might seem like a net benefit to the villager—two sacks of grain is better than none, after all—in reality, the enterprise already owed her that payment for leasing her share of land in the former collective farm. The manager’s de facto control of her land allows him to sell her rightful payment back to her for the price of her vote. The villager’s poverty and lack of political clout forces her to accept the arrangement.

In most cases, “the face of power is local and personal,” Pisano said, people one knows first-hand like a boss or local official. Therefore, distance from centers of power like Moscow and Kyiv does not necessarily mean distance from the “state’s warm embrace.” The local face of power can also explain why citizens can at once resent state coercion and sincerely appreciate remote national leaders.

However, participation in post-Soviet political theater is not only about coercion, Pisano said. Russian and Ukrainian societies are not divided between quiescent, browbeaten collaborators and liberal resistors, though of course people in both countries do resist state power in a variety of ways. Participation in political theater and support for dominant parties can be forms of agency, too.

“If we remain within the domination/resistance paradigm, we would be ignoring another form of meaning altogether, one in which people understand their support for parties of power as a way of recovering agency,” Pisano said. “Some people feel that they are needed. They don’t frame their loyalty as submission. Instead, fulfillment of an obligation elevates their role. By agreeing to provide their vote, they’re helping, and this gives meaning to their participation.”