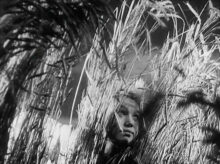 On October 23, 2020, the Jordan Center hosted Joan Neuberger, Professor of History at The University of Texas at Austin, for a talk on Soviet filmmaker and theorist Sergei Eisenstein’s 1945 essay, “The Music of Landscape.” By juxtaposing Eisenstein’s cosmology with his contemporaries’ anthropocentric discourses, Neuberger showed how immersion in nature offered Eisenstein new avenues for further developing his ideas about self, art, radical politics, and the productive contradictions of montage. The talk was introduced by Bruce Grant, Professor of Anthropology at New York University.

Professor Neuberger opened the talk by presenting nature not only as a dominant subject for Eisenstein, especially in the later half of his career — but also as an extremely important, underappreciated aspect of his writing. She went on to argue that nature played a determinant role in the filmmaker’s thinking about cinema, montage, production and reception of all of the arts, and that it was integral to the formation of his politics more generally. She believed that the notion of the immersion in nature in his writing will help us answer many controversial questions pertaining to his film theory and philosophy.

As Eisenstein is most famously known for his montage theory and dialectics of collision, Neuberger offered a less emphatic portrait of Eisenstein than is normally found elsewhere. Citing David Bordwell (1993), she introduced a shift Eisenstein’s work away from constructed juxtapositions of images towards organic synthesis, namely, “various concepts of opposites that could merge rather than collide.” The avant-garde theorist’s ideas are developing more as a process of accretion rather than a shift. “He saw montage and immersion as complementary rather than mutually exclusive,” added Neuberger.

Seen in this light, the Eisensteinian motif of immersion in nature positions itself in conversation with posthumanist critiques of the anthropocentric premise of nature as subordinate to the human. Modernization theorists, for example, of either capitalist or communist traditions, see nature as something to be dominated and managed. Neuberger highlighted Eisenstein’s rejection of such a construct, suggesting “the concept of the human gaze as a detached, disembodied, colonizing, modernizing, male gaze.”

Eisenstein called instead for the dissolving and transfiguring of humans into elements of the natural world. Neuberger cited Eisenstein’s 1945 essay “Music of Landscape,” in which the filmmaker reflects on the functions of landscape and music while revisiting his very own Battleship Potemkin in Almaty. He was fascinated with the silent film’s ability to “represent the embodied experience of nature and to convey and evoke feelings in viewers.” The natural landscape, when free from the burdens of character and storytelling, is more than just “a catalog of trees, lakes, and mountaintops”—it became for Eisenstein “a complex bearer or carrier of the possibilities for a plastic interpretation of the emotions,” Neuberger suggested.

Landscape can convey feelings like music, not (only) because the viewers can project themselves onto it, but because they can immerse themselves in nature itself. “Everywhere, this was the emotional landscape, dissolving human beings. Or more precisely: everywhere the emotional landscape turned out to be an image of mutual absorption of human and nature into one another,” said Neuberger, quoting Eisenstein.

Nature is no longer an inert, passive object, on which humans project their feelings or insert their consciousness. Eisenstein saw the relationship of a dialectical opposition as one necessarily between entities of equal aliveness and equal agency — such is human and nature. “This view of nature as a thing that human beings both use for their own ends and merge into or submit to entirely is at the center of the music of landscape,” said Neuberger.

While most scholarly attention has focused on Eisenstein’s passages about the sensory nonverbal experience of nature that landscape shared with music, Neuberger explored the filmic elements’ relationship with the physical realm. “The sensory emotional, invisible, and idealist was always in a productive dialectical tension with the rational, the narrative, and the materialist,” she said of Eisenstein’s film theory. For Eisenstein, landscape ought to be treated as a plastic object, an object that materializes and makes visible immaterial and invisible entities, such as thoughts and emotions. “In cinema, [just as] in painting, fiction, poetry, and so on.”

Eisenstein thought of landscape largely as a self-portrait that dissolves the human into itself. Neuberger cited a number of scholars who have read this dissolution as a sacrifice of subjectivity, a total disintegration of the self, and the death preceding resurrection and life — or even the death necessary to life. She also highlighted Eisenstein’s connection of the immersion of nature with the immersion of the individual in a kind of authentic collective — which he saw as the opposite of the Stalinist collective.

Neuberger spent the rest of the talk introducing major non-Western and indigenous sources underlying Eisenstein’s theorization of nature. Specifically, she mentioned Eisenstein’s writings on ancient Chinese landscape painting, his encounters with ethnographies of the multispecies indigenous communities in Brazil, his filmmaking in Mexico, among others. During the Q&A, questions were raised regarding the locality of Eisenstein’s philosophy across disciplines (e.g., film theory), periodizations (e.g., modernist), and cultural modalities (e.g. Soviet, or East Asian). To this, Neuberger agrees that to understand Eisenstein is to know “everything about everyone that he’s talking about,” referring to Eisenstein as a voracious reader. The discussion then went on to include dialectical methods, urban landscape, the concept of harmony, nineteenth-century theory of the sublime, and many more.