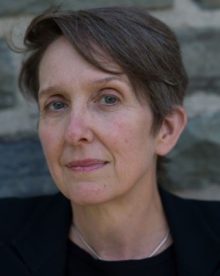 On February 1st, 2019 the Jordan Center hosted Professor Nancy Ries of Colgate University for a talk on her in-progress book-length essay, “Thugocracy: A Way to Think about Trump and Russia” Nancy Ries is Chair in Liberal Arts Studies, Director of the Division of University Studies, and Professor of Anthropology and Peace and Conflict Studies, and is an award winning author of numerous books on late Soviet and post anthropological studies. The talk, as part of the Occasional Series, was introduced by Bruce Grant, Professor and Chair of Anthropology at New York University.To preface her talk, Professor Ries explained how the origins of her project stemmed from a series of local educational talks she gave in upstate New York about the “Russia question,” that sought to familiarize ordinary U.S. citizens with the background of the RussiaGate scandal. Armed with a team of students who are actively following the news, and using academic databases to their advantage, Ries is currently conducting a parallel investigation that “builds theories based on the available facts”. Ries’ research is broken into two parts that both work to “wrap our heads around the insanity”: the first attempts to answer the question of what conversations take place during the meetings between Vladimir Putin and Donald Trump, while the second seeks to answer the question of whether or not “American democracy was an ‘innocent victim’ of a Russian ploy.” Two answer these questions, Professor Ries and her team developed an overarching lens through which the two world leaders could be viewed: by tracing similarities in their respective careers, Ries has concluded that both Trump and Putin exhibit “thugocratic tendencies.”

Professor Ries’ interest in the topic of “thugocracy” traces back to her field work in the 1990s, when she was researching the intersection of business and criminality in post-Soviet Russia. Ries described a series of encounters she had with the Russian mafia and its affiliates. It began with a chemist named Misha, who explained to her how difficult it was to start a business in Russia without the the oversight of the mafia, and drew a distinction between the “large mafia,” i.e. the Kremlin, and the small mafia, or the street criminals. The chemist also questioned whether or not Russia could one day elect a bandit president. Ries’ overarching argument, is that the two global superpowers are currently governed by two “bandity president,” and her research therefore seeks to reevaluate their presidencies as between two thugs. Professor Ries defined thugocracy as “mode of governance characterized by a legitimation of corruption, criminality, elite privatization of public resources, nationalism, and masculism.” The leaders use machismo, threats and corruption as their primary instruments, and the term, thugocracy is a ubiquitous one.

Ries’s fieldwork led her to a legitimate band of criminals. She recalled how she spent an entire day with a gangster, observing his dealings, both with local shops and policemen, and even noticed how the gangsters supplied the police with bullets. These encounters prompted Ries to come to the realization that she had experienced the “modality of bandit power.” The scheme relies on threats to resolve conflicts, vertical over horizontal networking for mutual profit, and transforming the illegitimate to the legitimate. These mafia groups also provided services, such as money laundering, for officials, members of the judiciary, and elites of other sectors. According to Professor Ries, bandits are “corrupt people filamentary stitched together with people working on criminal, or quasi criminal projects.” Professor Ries then posed the question of how this modus operatus be used to understand Trump, for which she introduced a Bourdieusian framework. Thugocracy has certain ideologies critical and transnational qualities, while a thug has specific gestures, aesthetics, and modes of behavior – modalities observed in Trump. For thugs, cynicism is a value, and they possess a “performed, vivid contempt for the common good.” Thugocratic pet project include “laundering cash into capital, and image into respectability.” Real estate and entertainment are a huge crossing point for transnational crime money making, as are sporting events, and Miss Universe pageants. The extraction of natural resources and trade are also transnational thugocratic projects. The thugocratic form of governance is driven by “creative chaos generation”, and a disruption of a sense of what’s normal. In Russia in the 1990s, “political absurdity” was a key word. Siphoning money, and “creating legislation to favor cronies and partners rather than public transparency” are all elements pertinent to the Russian bratva, who prioritize themselves and their partners over the public. The enemies of thugocracy are rule of law, institutions, and free press.

In the third segment of her talk, Professor Ries outlined the common “thugocratic,” and critically intertwined tendencies in the career paths of Trump and Putin. According to Professor Ries, who claimed that the media narrative painting Putin as a gangster kingpin is overplayed, the Russian president was “never quite a gangster,” but is rather a silovik who interacted with gangsters. During his time working in the St. Petersburg city administration in the 1990s, Vladimir Putin was in charge of state property management, giving him unparalleled access to the privatization schemes in the 1990s. “Privatizacia” was also transnational, as U.S. government agencies, and Western think tanks were guiding Russia through this process. During this time, Putin became the target of several corrupt practices, dishing out gambling licences, laundering money, and collaborating directly with criminal organizations, particularly the head of the notorious Tambov Gang. In Moscow, Putin also managed properties, providing cover for the Yeltsin’s family, while eventually purchasing a number of villas of his own. Both the opposition figure Alexei Navalny, as well as the late politician Boris Nemtsov, published lengthy reports about Putin’s property management.

Similarly to Vladimir Putin, Donald Trump’s career also began with property management, and often involved collaborating with criminals. One of Trump’s earliest mentors was Roy Cohn, a lawyer and a fixer, who, according to Professor Ries, “taught Trump how to be a thugocratic.” Cohn worked with heads of famous mafia organizations, and Ries added that there is evidence to suggest Trump met with them. Trump’s Tower, argued Professor Ries, couldn’t have been built without the help of several racketeers. Trump, in the most “thugocratic manner” learned how to launder his personality, and structure his companies for the biggest degree of unaccountability. Along Trump’s career tract, he has also taken several trips to Russia, dating back to the Soviet 1980s when the Soviet diplomat Yuri Dubinin sent him an invitation. Leading up to his second return to the Soviet Union in 1987, Donald Trump ran several ads in a newspaper expressing a vague desire to run for president, and criticizing foreign countries for not paying their dues for American protection. Around 1988, Paul Manafort collaborated with Donald Trump to design a bid for presidency. According to Professor Ries, Donald Trump also had loose ties in the 1990s to three notorious, high profile Russian criminals, including Alimzhan Tokhtakhunov, who ran gambling ring out of Trump Tower in the early 2010s, before appearing at a Trump-organized Miss Universe pageant in Moscow in 2013. Professor Ries continued by displaying a series of charts that connect Trump and Putin via a series of lesser personalities, a “dizzying” array of connections – some clearer than others. At the end of her talk, Professor Ries explained how Russians use mafia terminology to try to make sense of their own politics. This discourse, according to Professor Ries, is now appearing in the United States, manifesting in incidents like James Comey’s book that describes the loyalty ties, the us versus them paradigm, and the blatant lies the former FBI director encountered when attending meetings in the Trump cabinet.