Lecture: A Discussion with Ilya Budraitskis 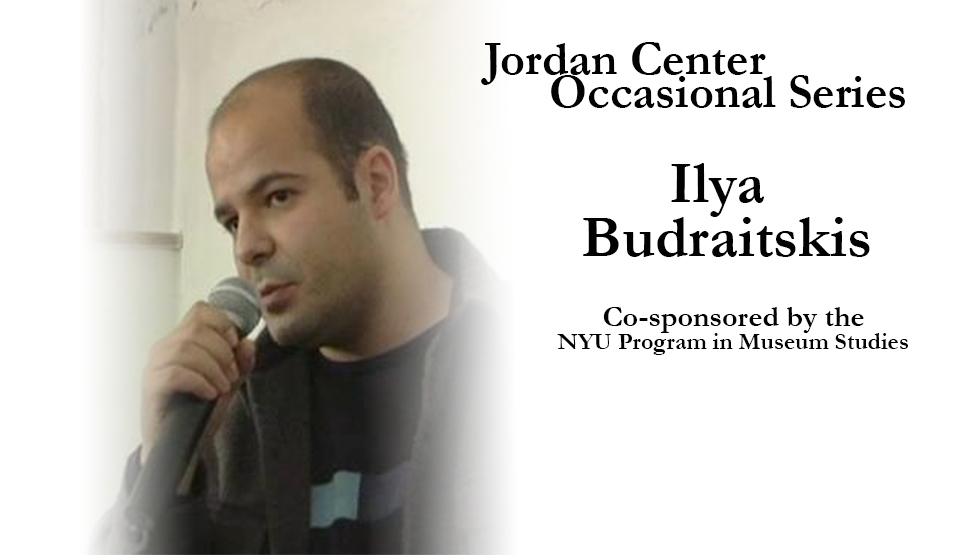 Co-sponsored by the Jordan Center for the Advanced Study of Russia and the NYU Program in Museum Studies.

Ilya Budraitskis is a historian, cultural and political activist. Since 2009, he has been a Ph.D. student at the Institute for World History, Russian Academy of Science, Moscow. From 2001 to 2004, Ilya organized Russian activists in mobilizations against the G8, in European and World Social Forums. Since 2011, he has been an activist and spokesperson for Russian Socialist Movement.