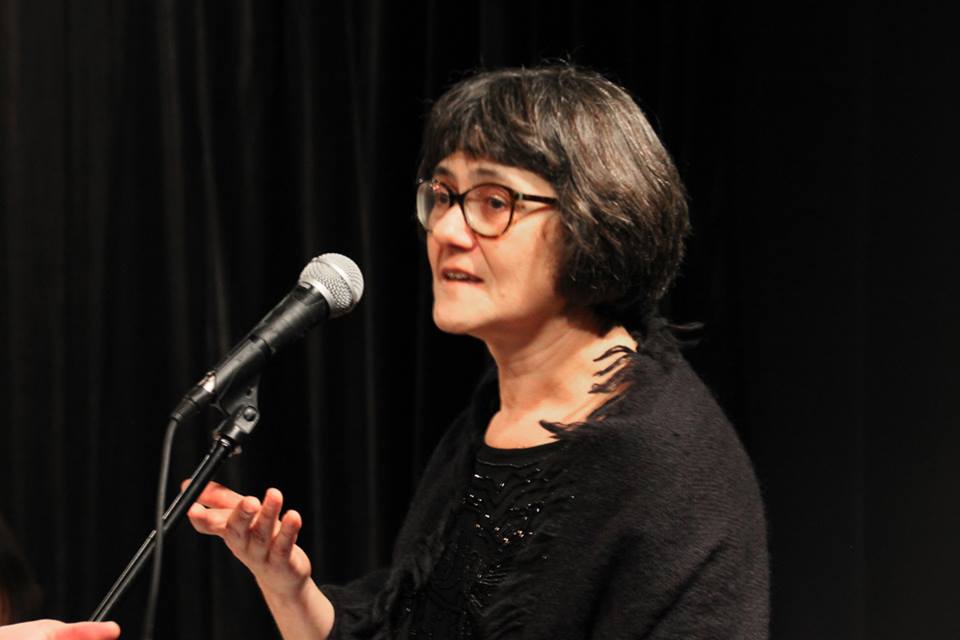 Join us to hear Irina Sandomirskaja speak on “Originating in Return: Russian Past, Soviet Legacy, and Critical Cultural Heritage Theory.”

In Aleksander Medvedkin’s 1938 comedy, New Moscow, the characters build a ”living model” (zhivaia model’) of the city to celebrate the achievements of the new architecture and socialist city planning in Stalin’s USSR. During the public unveiling of the installation, the ”living model” starts rolling time backwards instead of pushing things forward. A fault in the apparatus, however, leads to a grotesque spectacle of modern architectural projects crumbling and disappearing, while Moscow’s traditional cityscape, with its palaces, domes, and crosses, re-emerges from under the debris of the brave new world.

The past haunts Stalinist modernization. Where Medvedkin intended humor, Sandomirskaja contends that his unexpected scenes tell us something very different: revealing the presence of a melancholic narcissism and obsession underlying the historically nihilist Soviet symbolic order. Phantasms of retrieval, return, redemption, restoration, or remont, as Walter Benjamin would have called them, constitute the symbolic structure of a cultural monument, that is, an object that seeks to embody a dreamlike past, to serve its ”living model”.

In this talk, Sandomirskaja suggests that no other example may illustrate these moments better than that of the Russian Orthodox icon as it was re-appropriated in Soviet aesthetics, art history, and heritage politics. She begins by tracing the role of Soviet art restoration and art history in the international commodification of the icon and its further re-definition as world cultural heritage. In the spirit of Benjamin, Medvedkin, and others, she then turns to the production of the icon as a phantasmagoria, conjuring particular forms of historical knowledge, political planning, economic interest, diplomacy, and connoisseurship.

Sandomirskaia is Professor of Cultural Studies at the Center for Baltic and East European Studies at Södetörn University (Sweden). She has done extensive research in the history and theory of Soviet politics, body, and representation in everyday life, language, literature, film, and philosophy. Sandomirskaia’s special interest is to develop a critical theory of the Soviet, especially Stalinist, period in Russian cultural history in a comparative perspective. She was awarded the Andrei Bely 2013 prize for her latest book Blokada v slove: ocherki kriticheskoi teorii i biopolitiki iazyka (Moscow : NLO, 2013).

Sandomirskaia’s current research concerns the re-invention in the USSR of the Russian past and tradition during the interwar period, using the example of the international Russian art market. The study is designed to elucidate the complex interplay between apparently mutually exclusive factors, such as value and identity; economic necessity and communist ideology; violence and corruption; aesthetic/social invention and political reaction; modernization and archaization; nationalist sentiments and the imperial logic of transnational transfers. The role and authority of the cosmopolitan connoisseur will be given special attention as the agent of cultural politics, the authority in special and general knowledge, and the monitor of aesthetic tastes.