Property Rites: Russian Culture Today and the Politics of Seizure 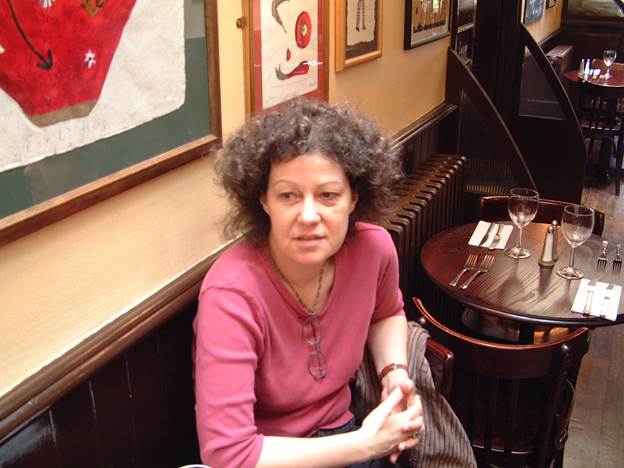 The Jordan Distinguished Lecture Series brings our world’s most distinguished scholars on Russia to create debate and spur discussion on the past, present and future of Russia in a global setting. The 2015 Distinguished Lecture features the work of Nancy Condee from the University of Pittsburgh who will be speaking on “Property Rites: Russian Culture Today and the Politics of Seizure.”

Fredric Jameson has recently suggested that “in our time, all politics is about real estate, […] that peculiar and imaginary thing called private property in land.”  As both textual preoccupation and real-life struggle, the imperiled dwelling serves as a figuration of larger Russian cultural debates concerning sovereignty, ownership, and autonomy. The talk looks at what might be called site politics: specifically, how contemporary Russian culture (in film, theatre, museums, and research institutes) coalesces around issues of property (including seizure, occupation, and eviction) as a broad, contemporary response to global financialization.

Nancy Condee is Professor of Slavic and Film Studies at the University of Pittsburgh.  Her publications include Imperial Trace: Recent Russian Cinema (Oxford 2009), which won the 2011 Modern Language Association Scaglione Prize (Slavic) and the 2010 Katherine Singer Kovács Book Award from SCMS (Society for Cinema and Media Studies).  Other volumes include The Cinema of Alexander Sokurov, ed. with Birgit Beumers (I.B. Tauris 2011); Antinomies of Art and Culture: Modernity, Postmodernity, Contemporaneity, ed. with Terry Smith and Okwui Enwezor (Duke 2008) and Soviet Hieroglyphics (British Film Institute 1995). Her articles have appeared The Nation, Washington Post, October, New Left Review, PMLA, Sight and Sound, and major Russian journals (NLO, Seans, Znamia, Voprosy literatury, Iskusstvo kino). She has worked as a consultant for the Edinburgh Film Festival, the Library of Congress, and Public Broadcasting.  She is currently Inaugural Director of Pitt’s Global Studies Center, one of seven federally-funded (Title VI) centers in the US.  From 2002 to 2006, she was member and Chair of the Board of the National Council on Eurasian and East European Research (NCEEER), a Title VIII organization.

The talk is in memory of Professor Svetlana Boym, who had agreed to deliver the Distinguished Lecture. She passed away in August 2015.