Social divisions among ​the barely literate in the Soviet Union of 1939-40: an exercise in historical sociolinguistics 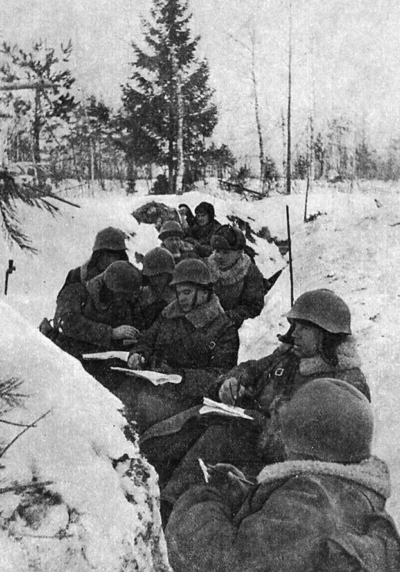 Read the recap of the event here!

On Wednesday, May 2nd please join us for “​Social divisions among ​the barely literate in the Soviet Union of 1939-40: an exercise in historical sociolinguistics”, a talk by Alexander Nakhimovsky of Colgate University. This event is part of the Occasional Series, sponsored by the NYU Jordan Center for the Advanced Study of Russia.

Historical sociolinguistics seeks to establish social dialects (and thus socio-economic divisions) at some period in the past. This presentation is based on a remarkable collection of about 300 letters written from family at home to Soviet servicemen fighting in the Winter (Soviet-Finnish) War of 1939-40. Reflecting the composition of the Soviet society, most letters are from peasants/kolkhozniks, though other “lower classes” of the Soviet society are also represented. Unsurprisingly, more than half are from women. Since the recipients were conscripts of roughly the same age, the letter writers neatly fall into three generations: parents; wives, siblings or girlfriends; and much younger siblings or children. Our central focus will be on the distinctive features of peasant letters–the subject matter of the talk is part of the larger investigation into the history of peasant language in the 20th century–but the talk will also present a general picture of the generation that was born around the time of the revolution and educated in the Liquidation of Illiteracy decades.

Alexander Nakhimovsky received an MA in mathematics from Leningrad University (1972) and a PhD in linguistics from Cornell (1979) with a graduate minor in computer science. After a career in linguistics, 1977-85, he taught computer science at Colgate from 1985 to 2013. He is the author of several books and articles (jointly with Tom Myers) on XML programming, Web applications, Web services, and the Semantic Web. He has also published on linguistics, and since 2009 has been Director of Colgate’s Linguistics Program. Since 2013, all his research has been on the history of the Russian language in the 20th century.