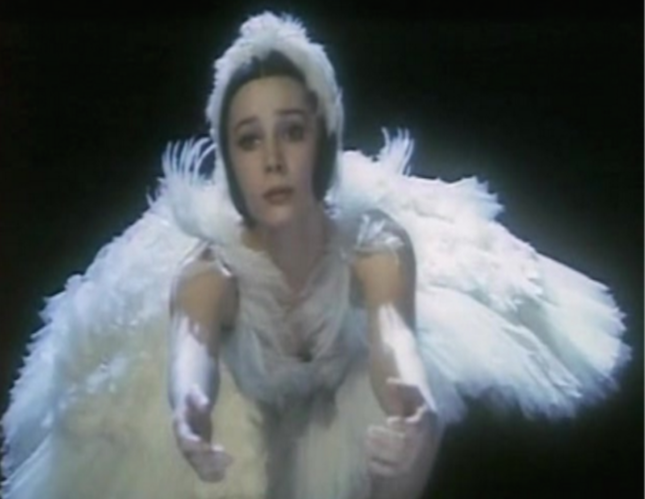 On April 27, 2016, please join us for “Sovietizing Russian Ballet in Co-Produced Cold War Films: Two Scenes,” a talk by Marsha Siefert, the 2016 Fellow for the Study of Russia and Ballet, a jointly sponsored fellowship between the Center for Ballet and the Arts and the Jordan Center for the Advanced Study of Russia at NYU.

This presentation will use archival material from Russia, the US and the UK to reconstruct the portrayal of Russian ballet in two scenes from Soviet co-produced films.  In Tchaikovsky (1969), Maya Plisetskaya portrays Tchaikovsky’s “lost love” Desirée through dance; the UK-USSR 1983 biopic, Anna Pavlova, dramatizes Fokine choreographing “The Dying Swan.” The stories behind these scenes of “Sovietized” Russian ballet enact the intricate pas de deux of Soviet screen partnerships with the West.

Marsha Siefert, Associate Professor of History at the Central European University in Budapest, is the inaugural 2016 Fellow in Russia and Ballet at the Center for Ballet & the Arts and the Jordan Center for the Advanced Study of Russia. Her research and teaching focus on transnational communications and cultural histories that include Russia and Eastern Europe. She has edited or co-edited five books, including Mass Culture and Perestroika in the Soviet Union (1991) and Extending the Borders of Russian History (2003). Recent publications include chapters in the books Cold War Crossings (2014), Cold War Cultures (2012) and Divided Dreamworlds (2012).  She is a Research Fellow of the Graduate School for East and Southeast European Studies, Ludwig Maximillian University-Munich and University of Regensburg, and has held fellowships at the Kennan Institute/Wilson Center and Oxford University.  She co-edits the book series Historical Studies of Eastern Europe and Eurasia for Central European University Press. This presentation on ballet contributes to her current book project on musical film, cultural diplomacy and Soviet cinematic co-productions.