After Ukraine: Scenarios for US-Russia Relations in the post-Soviet space 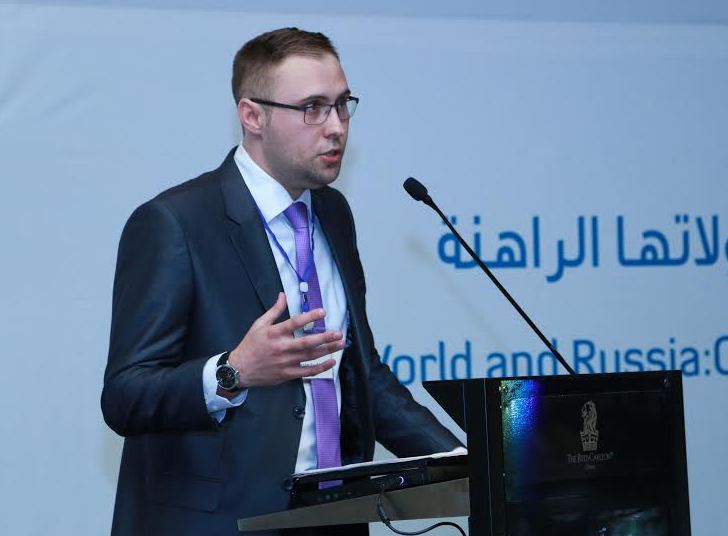 The Jordan Center’s Colloquium Series serves to introduce the most recent work of scholars within the Slavic field. Participants come from universities across the country and abroad, and work in disciplines ranging from history, political science and anthropology to literature and film. In this session of the Fall 2015 Colloquium Series, Maxim A. Suchkov will join us from the Institute for Strategic Studies in Pyatigorsk for a talk titled “After Ukraine: Scenarios for US-Russia Relations in the post-Soviet space.”

Please note that this event has been rescheduled for October 27, 2015, 4PM-6PM

Over the course of more than twenty years the post-Soviet space remained an area of uncompromised rivalry between Russia and the West. The crisis in Ukraine has transformed the rivalry from the competition into the confrontation. With the relationship sinking to its lowest in contemporary history, prospects for any bilateral improvement in the rest of the post-Soviet space now look rather pessimistic. The resource of a bilateral cooperation seems to have been exhausted and a crisis of fresh ideas to reanimate a viable agenda is visible. The presentation will outline current systemic problems in US-Russia relations, and propose several scenarios for their further development in the post-Soviet space.

Suchkov is a Fellow at the Institute for Strategic Studies and an Associate Professor at Pyatigorsk State Linguistic University’s School of International Relations. He is an expert at the Russian International Affairs Council (RIAC) and a columnist for Al-Monitor’s Russia Pulse. Previously, he was a Fulbright Visiting Fellow at Georgetown University’s Center for Eurasian, Russian and East European Studies (2010-2011). His professional expertise covers U.S.-Russia relations, Russian foreign policy in the post-Soviet space and the Middle East, developments in Eurasia and the Caucasus. Suchkov is a prolific author and a frequent commentator for Russian and international academic editions and media outlets. His book “Essays on Russian Foreign Policy in the Caucasus and the Middle East” is upcoming this fall in Germany.

This event is co-sponsored by the NYU Program in International Relations.