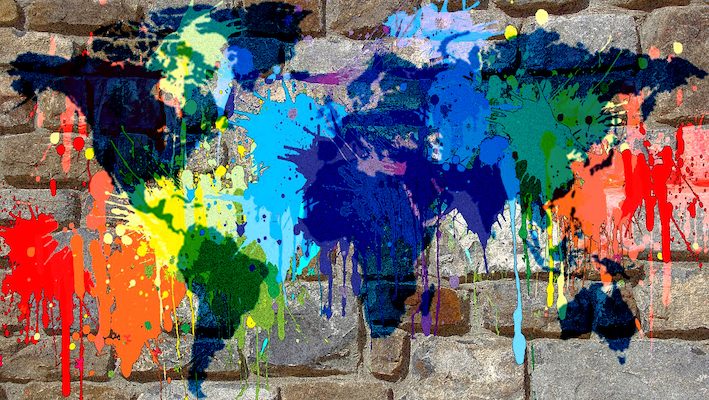 The collapse of socialist regimes during 1989-1991 profoundly affected the conditions of knowledge production about the former socialist countries. The “transition to liberal democracy and capitalism” substituted the “know-your-enemy” paradigm, but hardly rescued the scholarship on the Soviet Union and other socialist countries from the area-studies model of knowledge production and had little impact on the core, “universal” disciplines focused on the West. At the same time, the epistemological subordination of the former socialist countries to the West- and capitalism-centered ideological consensus, introduced a neat division of labor: local scholars received acknowledgement for the soundness or meticulousness of their empirical research, but their locally embedded knowledge was rarely credited with novel ideas and perspectives, deemed the purview of the “neutral” experts with positions in Western academic institutions. Over the course of the last decade, however, the situation has changed dramatically. The politically motivated interest in the socialist past has been on the rise, the paradigm of “transition” has been questioned, and new cohorts of scholars from the post-socialist space have taken advantage of the possibilities for academic mobility, getting degrees in prestigious Anglo-American institutions, while maintaining the connection of their research to their place of origin and life experience. Starting from the assumption that the pursuit of global historiography entails not simply a distinct methodology, but also a set of different and truly global experiences and points of view, the symposium seeks to reflect on this new epistemological situation and analytical possibilities it opens for understanding historical lives of socialism. By bringing together historians, anthropologists, literary scholars, art historians, and philosophers with global academic careers and personal backgrounds in the former socialist countries, this event aims to create a space where a more pluralized form of academic knowledge – aware of its limitations and skeptical of claims to singularity – is both theorized and practiced.

Serguei Oushakin, Professor of Anthropology and Slavic Languages and Literatures at Princeton University

Ivana Bago, Independent Scholar and Writer based in Zagreb, Co-Founder of Institute for Duration, Loation and Variables (Delve)

Alexey Golubev, Assistant Professor of History at the University of Houston, Joy Foundation Fellow at the Harvard Radcliffe Institute

Kate Brown, Professor of Science, Technology and Society at the Massachusetts Institute of Technology

Serguei Oushakin is a Professor of Anthropology and Slavic Languages and Literatures at Princeton University. He has conducted fieldwork in the Siberian part of Russia, as well as in Belarus and Kyrgyzstan. His research is concerned with transitional processes and situations: from the formation of newly independent national cultures after the collapse of the Soviet Union to post-traumatic identities and hybrid cultural forms. His first book The Patriotism of Despair: Loss, Nation, and War in Russia focused on communities of loss and exchanges of sacrifices in provincial post-communist Russia. His current project explores Eurasian postcoloniality as a means of affective reformatting of the past and as a form of retroactive victimhood. Oushakine’s Russian-language publications include edited volumes on trauma, family, gender and masculinity. Prof. Oushakine is Director of the Program in Russian and Eurasian Studies at Princeton.

Artemy Magun was born in Leningrad in 1974 to a family of social scientists (in 1960s, the members of Komsomol youth “communes”). He studied in Moscow at the Math-focused School #57 and in the Psychology Department at the MGU, later pursued lengthy political philosophy studies in the USA and France, and finally returned to his native city to teach at the EUSP. He received PhD degrees from the University of Michigan and the University of Strasbourg. Following his PhD dissertations, Prof. Magun wrote his book Negative Revolution: On Deconstruction of the Political Subject, which was published in Russian, French, and English by 2013. In English, he is also the editor of the edited volumes “Politics of the One” (2013) and “The Future of the State” (2020) In 2013, Artemy Magun founded a bilingual peer-reviewed journal “Stasis” in social and political philosophy. Magun has organized and co-organized various international conferences and seminars, including: Intellectual Heritage of the 1917 revolution (EUSPb), Politics of the One (SPbGU and EUSPb), “How do you say no?”, The Social Mission of a University, Revolutions and Protest Movements (all three at SPbGU), and many others. He has authored many articles on philosophy both political and general, published in such journals as: “Constellations,” “South Atlantic Quarterly”, “Modern Language Notes,” “History of Political Thought,” “Temps Modernes,” “Telos,” and others.

Zinaida Vasilyeva is a postdoc at the Munich Center for Technology in Society of the Technical University of Munich, Germany. She was trained in History (2004) and in Anthropology (2006) in St.Petersburg, Russia, and completed her PhD at the Institute for Social Anthropology at the University of Neuchatel, Switzerland. In her doctoral dissertation entitled “From Skills to Selves: Recycling ‘Soviet DIY’ in Post-Soviet Russia” she studied DIY material culture, narratives and practitioners and demonstrated how meanings and values attributed to DIY practices and skills under the Soviet order have been challenged and transformed after the fall of the Soviet empire. From 2005 to the present, she focused and published on a variety of issues including the social histories and ethnographies of academic and technical communities, everyday technologies, infrastructures of knowledge, and popular and professional narratives that mediate scientific and engineering knowledge. Her field of expertise includes Anthropology of Knowledge, Russian and Post-Socialist Studies, Material Studies, and Science and Technology Studies. From 2013 to 2015, she served as executive director of the project “Russian Computer Scientists at Home and Abroad” at the STS Center of the European University in St. Petersburg. In 2018, she joined the Munich Center for Technology in Society of TUM, where she now works on the European outer-space politics.

Zukhra Kasimova holds an MA in Comparative History (2016) from Central European University in Budapest, Hungary. Currently, she is a Ph.D. candidate in the History Department at the University of Illinois at Chicago, and a visiting researcher at the New York University’s Jordan Center for the Advanced Study of Russia. The tentative title of her dissertation is “Uzbek, Karakalpak, and Soviet: Multinational in Form, Hybrid in Content, 1941–1981”.

Galin Tihanov is the George Steiner Professor of Comparative Literature at Queen Mary University of London and recurrent invited professor of intellectual history at the Higher School of Economics (HSE) in Moscow. He is the author of five books and (co)editor of eleven volumes of scholarly essays. His most recent book is The Birth and Death of Literary Theory: Regimes of Relevance in Russia and Beyond (2019) which won the 2020 AATSEEL Prize for “Best Book in Literary Scholarship”. Tihanov has held visiting appointments at universities in Europe, North and South America, and Asia; his work has been widely translated. He is elected member of Academia Europaea and co-winner of the 2012 Efim Etkind Prize. He is currently completing Cosmopolitanism: A Very Short Introduction, commissioned by Oxford UP.

Elidor Mëhilli was born under the Albanian dictatorship and came to the US as an exchange student on a one-year visa, two years after his country of birth erupted in armed conflict. He received a PhD from Princeton University and has held fellowships at Columbia University, the University of Pennsylvania, as well as in London and Potsdam. He is Associate Professor of History and Public Policy at Hunter College, City University of New York. His research is on authoritarian regimes and the diplomatic, economic, political, and cultural dimensions of the Cold War. His book From Stalin to Mao received three prizes. His work has been featured on the BBC, The Washington Post, Quartz, The Voice of America, The Conversation, Salon, The Wire (India), and in a dozen Albanian-language newspapers, blogs, and television stations.

Ivana Bago  is art historian, writer and curator based in Zagreb. She holds a PhD in Art History and Visual Culture from Duke University, and is the co-founder (with Antonia Majaca) of Delve | Institute for Duration, Location and Variables (www.delve.hr). She has published extensively – on contemporary art, including conceptual art, history of exhibitions and curating, performance, feminism, (post)Yugoslav art, and post-1989 art historiographies – and is on the editorial board of the journal ARTMargins. She is the recipient of the Igor Zabel Award Grant 2020. She is currently working on her book manuscript Yugoslav Aesthetics: Monuments to History’s Bare Bones, and developing Meeting Points: Documents in the Making, a research project on Sanja Iveković’s work and personal archive.

Alexey Golubev received his kandidatskaia degree in history from Petrozavodsk University in 2006 and taught there for five years at the Department of History of Northern Europe before enrolling in the PhD program at the University of British Columbia, which he completed in 2016. He was a Banting Postdoctoral Fellow at the University of Toronto before joining the Department of History at the University of Houston in 2017. During the current academic year he is serving as a Joy Foundation Fellow at the Harvard Radcliffe Institute. His first book, The Search for a Socialist El Dorado (Michigan State University press, 2014, with Irina Takala) is a history of immigration from Finnish-American and Finnish-Canadian communities to Soviet Russia during the Great Depression. His second book, The Things of Life: Materiality in Late Soviet Russia, just came out last December with Cornell University Press.

Botakoz Kassymbekova is a Postdoctoral Research Fellow at Liverpool John Moores University. Her first book on Stalinism in Central Asia Despite Cultures. Early Soviet Rule in Tajikistan was published with the Pittsburgh University Press. She is currently working on history of aging in post-war Soviet Union.

Kate Brown is Professor of Science, Technology and Society at the Massachusetts Institute of Technology. She is the author of several prize-winning histories, including Plutopia: Nuclear Families, Atomic Cities, and the Great Soviet and American Plutonium Disasters (Oxford 2013). Her latest book, Manual for Survival: A Chernobyl Guide to the Future (Norton 2019), translated into nine languages, won the Reginald Zelnik and Marshall D. Shulman Prize from the Association for Slavic, East European, and Eurasian Studies. The book was a finalist for the 2020 National Book Critics Circle Award, the Pushkin House Award, the Laura Shannon Prize, and the Ryszard Kapuściński Award for Literary Reportage.