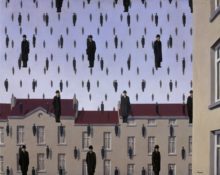 This is the fifteenth entry of Russia’s Alien Nations: The Secret Identities of Post-Socialism, an ongoing feature on All the Russias, as well as the second entry of Chapter 1.  It can also be found at russiasaliennations.org. You can also find  all the previous entries here.

Borat is an underinformed Western fantasy about a phenomenon whose roots go far deeper than anything Baron Cohen could have learned during his Astrakhan beach getaway. Nor did he need to know all that much, because the local yokel is, paradoxically, a common global phenomenon. What culture doesn’t have yokels of its very own as reliable fodder for embarrassing, self-deprecating laughter?  It’s most visible as an immigrant phenomenon.  Elsewhere I’ve argued that Borat is a variation on a familiar Jewish anxiety about backward relatives from the Old Country; Gene Yang’s American Born Chinese explores a Chinese-American version of roughly the same anxieties.  This doesn’t mean that the yokel is just for immigrants.  White, unhyphenated Americans have looked down on “white trash” since the country was young.

But the USSR and its successor states provide a unique setting for such fantasies of national abjection because of the Soviet Union’s role as an unprecedented sustained, self-conscious experiment in synthetic, ideological, and utopian identity formation.  As is so often the case, one could argue that the United States was the country’s rival when it came to such matters, but the American circumstances were significantly different, involving transoceanic colonization, the genocide of the indigenous population, race-based slavery, massive immigration, and an ideology that, while no doubt present, was soft-peddled by comparison to the Soviet project. [1]  Moreover, the Soviet experiment with identity cannot be separated from its remarkable, simultaneous project of rapid modernization.  Before we can talk about the degeneration of Soviet identity, we need to look at its development, from Marxist, pre-Revolutionary utopianism through the first revolutionary decade’s rhetoric of the New Man, and on to the Stalinist development of the New Soviet Man.

First, let me address the terminological elephant in the room:  should we really be saying “New Man” rather than “New Person”?  After all, the Russian term is “новый человек,” not “новый мужчина” (a phrase that would explicitly be about an adult male’s way of being in the world).  The English phrase connotes a sexism that the Russian would seem to lack, although it is certainly worth remembering that the Russian word for “person” is masculine in gender.  But I would argue that it is precisely more in keeping with a feminist framework to use the word “man” rather than “person,” following the example of Lynn Atwood, who, in her  book The New Soviet Man and Woman: Sex Role Socialization in the USSR (1990), used masculine nouns and pronouns in her translations from the Russian because attempting “to rectify the male bias in the Russian language…would be totally misleading” (14). I choose to say “new man” rather than “new person” not despite the term’s sexism, but because of it.

The “new ‘person’” included women, but it included them as an afterthought, or as a variation on the male prototype who would always be discussed first. [2]  One could, for example, talk about the “new woman” or “new Soviet woman” in reference or contradistinction to the “new chelovek” (literally: person), but there was never any reason to do the same for the “new man” (adult male) and the “new person”.  The new person was a man, unless otherwise specified.  This should not come as a surprise, since it is in keeping with general usage in Russian (and, for that matter, English) at the time.  It is also ideologically consistent, a homology to the Bolshevik approach to feminism: yes, women must be liberated from patriarchal servitude, but as a corollary to the overall liberation of the proletariat rather than as a goal unto itself.

The idea of the New Man is fundamentally utopian (despite Marx’s explicit denials of anything utopian about Marxism), based on the common utopian anthropology of human malleability.  Belief in an unchanging human nature is intrinsically conservative, and definitely incompatible with utopias, since, if people never change, there’s little point in trying to create a perfect system.  Instead, appeals to human nature are a prominent dystopian or anti-utopian trope, going back to Dostoevsky’s underground man.

Scholars have long treated the “New Man” and the “New Soviet Man” as interchangeable, but Anna Krylova persuasively argues for maintaining a distinction between the two. The New Man, she writes, is a creature of the pre-Stalin era, inspired by a “collectivist ethos of the Bolshevism of the 1910–1920s that rejected the ontological differentiation between the individual and his or her social milieu.” [3] The New Man was not just collectivist, but proletarian through and through, while the New Soviet Man of the 1930s would gradually phase out both of these values.  [4]

One of the reasons this distinction has remained obscure has to do with the differences between public discourse in the 1920s and the 1930s.  In the 1920s, the “New Man” was an idea to be debated and developed, a concept that was, as it were, “up for grabs.”  When the “New Soviet Man” evolves in the 1930s, the shift in emphasis from, among other things, collectivism to innate talent, is developed in pedagogical journals and Stalin’s edits of Komsomol decrees.  The public representation of the New (Soviet) Man starts to change, but the processes that lead to these changes are not, in themselves, public, or even necessarily the result of a set of conscious decisions about the New Man per se.

Whoever the New Man would be, his coming was heralded long before his arrival, and his character was the subject of spirited polemics by people who could make no claim to be his peer.  Despite its optimism, utopian anthropology is haunted by a version of the same problem that plagues the very idea of the utopian system:  an inability to imagine a convincing path from here (imperfection) to the utopian promised land.  It is a problem of cause and effect:  the ideal system will produce the ideal people, but the ideal people are not yet available to implement the ideal system, which must inevitably be constructed by men and women who are the flawed product of an imperfect world. The makers of the new world cannot be New Men; at best, they view the new world from the outside, like Moses in Moab.

The point is that, whatever he would be, it was not simply “Russian.”  “New Russians” would take decades more to appear, and mean something entirely different (although Boris Akunin has Erast Fandorin’s now elderly son, an émigré in the UK, casually and disdainfully refer to the Soviet as “new Russians’ in Altyn’-Tolobas).  The New Man was supposed to transcend the false consciousness of nationality in favor of his aggressively proletarian identity.  Unfortunately for him, the New Man shared yet another flaw with his utopian roots:  it was far easier to describe him satirically, in the negative light of dystopia, than to make a convincing, detailed portrait of this yet-to-be-seen paragon.

[1] As Jill Lepore writes in her article “A New Americanism.”: The United States is different from other nations—every nation is different from every other—and its nationalism is different, too. To review: a nation is a people with common origins, and a state is a political community governed by laws. A nation-state is a political community governed by laws that unites a people with a supposedly common ancestry. When nation-states arose out of city-states and kingdoms and empires, they explained themselves by telling stories about their origins—stories meant to suggest that everyone in, say, “the French nation” had common ancestors, when they of course did not. As I wrote in my book These Truths, “Very often, histories of nation-states are little more than myths that hide the seams that stitch the nation to the state.  But in the American case, the origins of the nation can be found in those seams. When the United States declared its independence, in 1776, it became a state, but what made it a nation? ” Lepore, Jill.  “A New Americanism: Why a Nation Needs a National Story.” Foreign Affairs (March/April 2019) . https://www.foreignaffairs.com/articles/united-states/2019-02-05/new-americanism-nationalism-jill-lepore

[2] See the introduction to my book, Men without Women: Masculinity and Revolution in Russian Fiction, 1917-1929.

[4] Maja Soboleva, looking at the material from a different angle, proposes a periodization that basically agrees with Krylova’s:  theoretical (1900s-1930s), the development of norms of Soviet morality (1930s-1950s), and moral theory and Marxist ethics (starting in the 1960s).  (Maja Soboleva, “The Concept of the ‘New Soviet Man’ and its Short History.” Canadian-American Slavonic Studies 51.1 (January 2017).

Next: Old Dogs and New Ticks