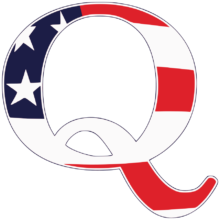 Brianna Philpot is a graduate of NYU’s program in Russian & Slavic Studies and International Relations. She is Editorial Assistant for All the Russias.

This is Part II of a three-part series. Part I may be found here, and Part III will appear tomorrow, 8/27.

Russian interference in the 2020 presidential election paled in comparison to similar efforts in 2016, in part, analysts say, because of rampant online misinformation from Americans themselves. The Covid-19 pandemic has exacerbated the “psychological elements that give rise to conspiracy theories” and bolstered the rise of misinformation. Social media platforms facilitate and perhaps even encourage the spread of conspiracy theories, which, like memes, “mutate easily and take on new forms.”

The most notable conspiracy theory to rise to prominence in recent years is QAnon. The baseless theory began with a post on the internet forum 4chan’s /pol/ board from an anonymous user who refers to himself as Q Clearance Patriot, or Q for short. Q alleges that “the world is run by a cabal of Satan-worshiping pedophiles who are plotting against Mr. Trump while operating a global child sex-trafficking ring.”

Above: a participant at a Proud Boys march wears a QAnon shirt

QAnon supporters have remained steadfast in the face of failed prediction after failed prediction and participated in large numbers in the Capitol riot. While some QAnon supporters have become disillusioned with the theory since the inauguration of Joe Biden, experts anticipate that “the supporters who remain will be even more impassioned,” with Trump’s exit from office fueling “feelings of resentment and victimhood.” Trump’s acquittal in the Senate only encouraged those who continue to believe the conspiracy theory, and a recent offshoot of the larger theory alleged that Trump would be reinstated as president earlier this month.

Adherents of QAnon and other conspiracies are attractive targets for disinformation campaigns. Russian media organs like RT have amplified QAnon on social media, an indication that Russia recognizes the opportunity Q believers represent. The online traffic in conspiracy theories certainly derails serious public debate, but these theories also pose a more direct threat to US national security. The FBI has warned that conspiracy theories “very likely motivate some domestic extremists, wholly or in part, to commit criminal and sometimes violent activity.” In other words, conspiracy theorists produce, in real life, the “discord, division, and distraction” that Russia seeks to sow in cyberspace.

Pizzagate and QAnon have leapt from the dark corners of the internet to create chaos in the real world, demonstrating their destabilizing potential. On January 6, 2021, this potential was realized in full when adherents of QAnon joined with other right-wing extremists at the Capitol to disrupt American democracy.

Using sophisticated disinformation tactics, Russia could continue to assail conspiracy theorists with content that preys on their delusions. Imagine a deepfake microtargeted at QAnon believers that depicts a US official admitting to involvement in child trafficking, while realistic bots and paid social media users amplify the message to give it currency and the appearance of legitimacy.

While most conspiracy adherents are very unlikely to commit acts of violence, all it takes is one person to transform the campaign into a tragedy. Despite setbacks to the theory’s tenets, QAnon supporters number in the hundreds of thousands if not millions, which means that the pool of potential perpetrators is considerable.

On the other hand, the US is its own greatest enemy in the information space. After Twitter banned Donald Trump and some of his associates, election fraud misinformation plummeted on the platform, indicating that US officials, rather than foreign actors, were the primary drivers for the spread of these claims. Even in the case of QAnon-affiliated users, adherents shared content from 69 other websites more frequently than from RT.

It is therefore unlikely that conspiracy theories will gain as much purchase without support from US-based actors. In the meantime, the proliferation of conspiracy theories on social media continues to undermine public discourse. The mere perception that Russia is meddling in US domestic politics helps Russia “muddy the waters of the information environment in order to confuse those trying to discern the truth.” At the same time, there is no shortage of US officials willing to spread false claims. Congresswoman Marjorie Taylor Greene, for example, has openly touted several conspiracy theories, including QAnon, and has claimed that the Parkland school shooting in Florida was a false flag operation.

Above: Both Greene and Boebert have expressed support for QAnon

Loopholes in US campaign finance laws allow foreign entities to pour money into American elections through anonymous dark money contributions to Political Action Committees (PACs). These donations skyrocketed during the 2020 elections. It is impossible to know where dark money contributions come from, but Russia has almost certainly exploited them to its own political benefit.

For example: a year after the US lifted sanctions against Russian aluminum company RUSAL, it acquired a 40% stake in Braidy Atlas, an aluminum company based in Mitch McConnell’s home state of Kentucky. The CEO of the Kentucky subsidiary’s parent company, Craig Bouchard, has made donations to conservative political organizations, including the Senate Conservatives Fund and the House Freedom Fund, which has also made contributions to Greene. Len Blavatnik, a major shareholder of RUSAL, has made additional contributions to a super PAC associated with McConnell. Although these donations may seek to buy influence over real policy goals like trade policies that benefit Russia, their financial support for far-right politicians and political parties in Europe demonstrate a willingness to cultivate more generally disruptive politicians like Greene.

There is no reason those schemes couldn’t be exported to the United States. In addition to disruptive acts within government itself—like Greene’s articles of impeachment against President Joe Biden the day after his inauguration—the election of conspiracy theorists to national office raises the profile of these theories, emboldens extremists who believe them, distracts from more pressing issues, and undermines trust in democratic institutions.

Above: A rally for Lega Nord,an Italian far-right political party that receives support from Russia

Although Russia did not create the conditions that make radicalization possible, their exploitation of divisive political issues and propagation of disinformation on social media exacerbates the echo chambers that can lead to radicalization. Research suggests that the American Twitter users who were most likely to interact with Russian trolls in 2017 were those with strong partisan beliefs—in other words, people more susceptible to radicalization. Russia’s decision to “amplify both sides of divisive issues to maximize discord, tailoring messaging to specific communities to ‘push and pull’ them in different ways” indicates that operatives target their campaigns at holders of strong political opinions.

While there is no evidence to suggest that QAnon originated in Russia, its rise to prominence is a lesson for future interference campaigns. The theory may be unique in the breadth of its ideas and claims, but its main premise—that a cabal of Satanic pedophiles runs the world—is hardly without precedent. Its most recent predecessor, Pizzagate, demonstrated the potential for disruption and violence that these ideas present. The success of QAnon depends in part on its “something for everyone” approach to conspiracy, weaving together ideas and delusions already popular among far-right internet users.

Above: Comet Ping Pong, the restaurant embroiled in the Pizzagate conspiracy theory

Even skeptics of the most extreme branches of QAnon can be lured in with its anti-child trafficking rhetoric, which happened last summer when unfounded claims about home goods retailer Wayfair proliferated across the internet, causing real-world harm and sparking misplaced outrage.

It is difficult to say whether anyone, Russia included, could purposely engineer another QAnon movement. However, QAnon is a masterclass in manipulating an audience by playing to its expectations and fears. Russia will almost certainly take QAnon as a model for evoking an extreme and compelling response among right-wing targets, and microtargeting will make it easier than ever before.