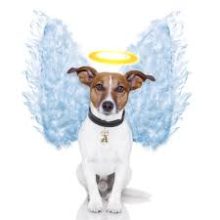 This is the fifth installment of the Pelagia and the White Bulldog portion of “Rereading Akunin .’  For the introduction to the series, and subsequent installments, go here.

So it only took five chapters for someone to try to strangle Pelagia. I don’t have any stats about the rate of assault on fictional meddling nuns, but this seems about right. If nothing else, it raises the stakes significantly, something this novel about canicide definitely needed.

The attack comes at the very end; naturally, Pelagia does not see her attacker, giving us a new mystery.  But she does stab him (him?) with her knitting needles.  As they say too often in the movies, “that’s gonna leave a mark.”

Pelagia is not the first woman to be circling the drain in this chapter.  After the death of Zakusai, Marya Afanasyevna has taken to her bed, hell-bent on dying.  Bubentsov brings a notary to try to get the will changed before she kicks the bucket, since she had indicated previously to him that she was going to leave him her money .  But she is too incoherent to make out a legal document, meaning that the will is still in the name of Miss Wrigley, the British former governess who has now become the prime suspect in last chapter’s Dog Day Afternoon.

Enter Bishop Mitrofanii, Marya Afanasyevna’s grand nephew, the man who sent Pelagia off to this nest of vipers in the first place. The old lady had hoped he would give her last rites, but instead he chastises her: “Lie still and listen. You didn’t pass on yesterday evening, so now you can wait a little longer while your prelate talks to you. And if you decide to die it will be out of sheer obstinacy.”

Mitrofanii, it turns out, has a two-part plan to prevent the widow from joining her pets in doggie heaven.  First he reminds her that old age is a gift from God, providing the chance to prepare one’s soul for the next world.  Second, he has had his people search high and low for another bulldog that meets her late husband’s requirements. Silent all this time, Marya Afanasyevna is finally moved to ask a question:

“A trembling voice, just barely audible, asked: “But are they slobbery?”

Say what you will, but Marya Afanasyevna is a woman who knows her priorities.

Meanwhile, Pelagia has to resolve the dog mystery. Perhaps we’re all in some mirror universe episode of Scooby Doo, and Pelagia is Velma?  But no, we have to have the traditional drawing rooms scene, where all the suspects are assembled and the detective explains her train of thought, before indicating the identity of the evildoer.  Given how much time we’ve already spent in enclosed spaces with this crew, the real surprise of this revelation is that it’s happening, and we’re not just witness to another session of gossip and sniping.

Speaking of gossip and sniping:  when Pelagia is about to reveal who done it, Bubentsov’s minion “took advantage of the pause to declare in a low voice, seemingly to himself: “Let your womenfolk hold their peace for they are bidden not to speak but to obey as the law says…”

Mitrofanii will have none of that: “Do not pervert the Sacred Writ, it is a great sin and also punishable by law,”  So Pelagia is free to speak.

It turns out that the culprit is Marya Afanasyevna’s granddaughter, the rather libertine Naina Georgievna, who immediately grabs hold of Pelagia by the collar, and then expresses her contempt for all the men in the room: “You can’t just simply put your arms around a girl and kiss her. You idiot! You couldn’t see what was there for the taking.”

So there we have it.  The dogs were the victims of some as yet unclear proxy war waged by Naina Georgievna. And not only are women not silenced in this story, they turn out to play nearly all the roles: victim, culprit, sleuth.  Again and again, Mitrofanii is the patriarchal authority that sanctions Pelagia’s actions, essentially allowing her to take part in a plot that unfolds, at least so far, in the world of women.  It’s the opposite of her convent, with women out in the wider world, having a significant, yet not immediately visible impact.

After the drama settles, Mitrofanii tells Pelagia: ” I can see that we shall be requiring Miss Lisitsyna’s services in this matter.”  The words are mysterious, and cause Pelagia some distress.  I will happily spoil next chapter’s revelation: Miss Lisitsyna is Pelagia herself, disguised as a society woman (although the nature of the disguise is more complicated than it first seems).

No wonder Pelagia is nearly killed at the end of this chapter.  She has to undergo a symbolic death in order to be reborn as a secular sinner.

An explanation offers for why Miss Wrigly has to be the guilty party: “Why, the very idea isn’t even Russian, somehow. Not just to take someone and kill them, but to break the person’s heart. Too tricky altogether for a true Orthodox believer.” Apparently not.