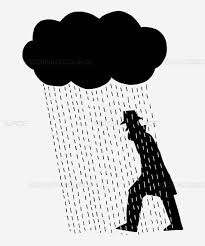 This is the seventh installment of The Turkish Gambit portion of “Rereading Akunin.” For the introduction to the series, and subsequent installments, go here.

For a man with preternatural luck, Fandorn isn’t doing so well in Chapter 9.  Actually, no one is.  The characters are dropping like flies, leading to a body count more typical of the contemporary crime dramas Akunin is trying so hard not to write. The question is: why? Or, to put a more traditionally Russian spin on it: Who is to blame?

This chapter gives us a cascade of loss.  Zurov is dead, first stabbed, then shot point-blank in the head.  Kazanzaki is also shot in the head, an apparent suicide (more on him in a bit).  Petya is still alive, but only because he’s so incompetent he can’t even hang himself properly.  Fandorin,  as the chapter’s subtitle tells us, get a rare reprimand from his boss.  And Varya, after feeling queasy throughout the chapter for reason she assumes have to do with this massive bloodshed, falls unconscious with typhus.  If the Turks arrived now, they’d probably wonder why they even bothered.

Or perhaps it is a cascade of betrayal.  Varya initially thinks she is undone by feminine weakness, when bacteria are actually to blame.  Petya accuses himself of treason for his mistake that made him complicit in the Plevna fiasco, even going so far as to say that he is “the genuine savior of Turkey, not Osman Pasha. Lukan betrayed his allies to pay gambling debts.  Kazanzaki has been revealed as the man who betrayed the entire Russian cause, and is also identified as the murderer of Zurov.  He is also, as The Handmaid’s Tale would put it, a “gender traitor,” who was having a homosexual love affair with a Georgian whose love note is betrayed by terrible spelling.*  And poor Varya can’t even rely on her own body to keep her upright and conscious.

Why is everything going so badly?  When someone suggests treason, Erast Petrovich responds with the suggestion that it is, instead, sabotage.  The ever-precise Fandorin is not engaging in mere hair-splitting, as sabotage suggests that their woes are cause by a real enemy who was never one of them to begin with. This is the most intriguing clue as to the future direction fo the plot, as everything else in the chapter points to internal weakness as the allies real problem.

In the last (and first) novel, Fandorin learned that his allies are not really his allies, his mentors do not have his best interests at heart, and some of the people he disliked from the start are actually on his side (R.I.P. Zurov). But The Winter Queen was a “conspirological mystery,” while The Turkish Gambit is a “spy mystery.” If you are foiled by spies, is it betrayal? Fandorin’s own words suggest not.

If that is the case, then the characters we have been following are not actually responsible for the setbacks they have encountered. Or only one of them is, but that person is a spy.   That would mean that the novel would end up placing all responsibility for the Russian characters’ problems on an external force. It turns out that there isn’t that much difference between a “conspirological” mystery and a “spy” mystery:  both engage in a paranoid epistemology that ultimately lets the good guys off the hook.  There’s always someone else to blame.

*This is the first overtly queer moment in Akunin’s work, if I’m lining up the publication dates correctly.  Varya wants to counter a homophobic comment and “intercede for the devotees of single-sex love, who were, after all, not to blame that nature had made them different from everyone else,” but doesn’t get the chance. Akunin will return to this topic more seriously in Coronation, and more frivolously in the Nicholas Fandorin series.

As Grigorii Chkhartishvili, the author does discuss homosexuality in a chapter of The Writer and Suicide (1999).