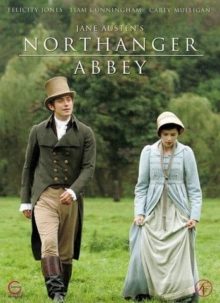 This is the fifth installment of The Turkish Gambit portion of “Rereading Akunin” focusing on .  For the introduction to the series, and subsequent installments, go here.

In which Plevna and Varya

each withstand a siege

No one who had ever seen Varvara Suvorova in her infancy would have supposed her born to be an heroine. Nor would anyone who had read the first five chapters of The Turkish Gambit.

Repurposing a quote from Jane Austen (Northanger Abby, for those following at home) would seem to be an equally dubious proposition. Akunin’s terribly caricatured emancipated woman clearly wants to be the protagonist of a much more adventurous plot, and, indeed, she is as far from the drawing room as she could possibly get. Like the heroine of Turgenev’s On the Eve, she follows her man (Petya, not Insarov) to the Balkans, but so far, she has come to rescue Petya, not to bury him.

Like it or not, though, she is our viewpoint character here, with Fandorin kept at a distance.  And Akunin, who has placed her at the center of a war story, insists on having her act like the protagonist of a romance trying to transform herself into the heroine of an entirely different genre.

Hence the chapter’s subtitle (“In which Plevna and Varya each withstand a siege). The comparison between the two is supposed to be cute, and to reflect Varya’s own predicament as she finds herself much in demand: “It was the first time in Varya’s life that she had been courted at the same time by so many admirers— and such admirers, too.”

Varya is torn, because she would rather be the heroine of a different story of story, and yet: “No matter how hard she tried to suppress them, these banal womanish feelings still sprang up like weeds in her vain, foolish heart. It was really awful.”

The comparison to Plevna puts her in a much more passive position than she would like to be (not to mention the unpleasant associations with the possible loss of her virginity; “Plevna” is just one letter and one shift in stress away from the noun in the two-word Russian phrase for “hymen” (devstvennaia pleva).

But the siege of Varya is also an attack on her politics.  Paladin starts it off with a comment about Turkey’s political system: “Would you believe it— an uncivilized Asiatic country like that, but unlike Russia it actually had a parliament.” This eventually leads Varya to reiterate her demand for woman suffrage, which causes the men to laugh, just as they had previously chuckled at the apparently funny story of the sultan drowning the unwanted members of his harem.

“Oh, Varvara Andreevna, once you women are given the vote, you’ll elect a parliament full of nothing but your own handsome little darlings and sweethearts. If you women had to choose between Fyodor Mikhailovich Dostoevsky and our Captain Zurov, who would you cast your vote for? You see?”

Setting aside the wisdom of electing Dostoevsky to parliament (for what it’s worth, he wouldn’t get my vote, but then, neither would Zurov), Sobolev’s dismissal of Varya’s assertion seems confirmed by Varya’s own flightiness in recent chapters, and her preoccupation with being courted.  On the other hand, the same accusation could be leveled at most of the men, who immediately turn every encounter with an attractive woman into a flirtation.  Perhaps the problem is less women than heterosexuality.

Fandorin then proves once again that we cannot identify his views entirely with those of his author, at least not at this stage in his development, by dimissing democracy itself as a fantasy: “The democratic principle infringes the rights of those who are more intelligent, more talented, and harder working; it places them in a position of dependence on the foolish will of the stupid, talentless, and lazy, because society always contains more of the latter.” At this point, Fandorin sounds less like Akunin and more like Yuliya Latynina.

The critique of both democracy and women’s rights (based on the assumption of inherent inequality in the first case and the destabilizing nature of heterosexual desire in the second) underscores the tensions animating this chapter, if not the entire book:  how do we reconcile a story of geopolitical intrigue with a tale of human flirtations and passions? How do we balance our ideas/ideology (feminism, democracy) with the messy world in which we are trying to realize them (flirtation, love triangles, betrayal)?

Nowhere is this conflict more painful for Varya than in her relationship with Fandorin.  First Fandorin intrigues her, then he turns out be working for the secret police, and then she is obliged to accept him as her savior in order to stay with the men and work for Petya’s release from military jail.  He does not treat her like an equal, but he also does not flirt with her.  And, of course, his cold distance drives her crazy.

Varya is shocked to learn that, despite his gray temples, Fandorin, at 21, is one year younger than she is.  Intrigued by the hints of a lost love and by glimpses of the locket he wears, she allows herself an unforgivable breach of his privacy when he is asleep:

Varya had gingerly picked up the locket between her finger and thumb, clicked open the lid, and seen the tiny portrait. A pretty little china doll, a real Mädchen Gretchen: golden curls, little eyes and little mouth, tiny cheeks. Really nothing special. Casting a glance of disapproval at the sleeper, Varya had suddenly blushed bright red— the clear blue eyes with the pitch-black pupils were peering gravely at her from under their long lashes.

Trying to explain would have been stupid. Varya had simply fled, which wasn’t so very clever either, but at least an unpleasant scene had been avoided. Strangely enough, afterward Fandorin had behaved as though the episode had never happened.

The strangest thing about this moment is that it is one of raw mutual understanding; and so, in the best traditions of Tiutchev (“a thought spoken is a thought untrue”), they say nothing at all.

Meanwhile, Varya is in a position to learn a great deal because the other men around her won’t shut up. Particularly the Romanian Lukan, whose prediction that Plevna will be a disaster arouses Fandorin’s suspicions when Varya tells him about it.   One could almost imagine that the intelligence that will ultimately solve all the novel’s mysteries won’t be his or hers, but a combination of both. And, again, it’s been twenty years since I read The Turkish Gambit.  I just don’t remember whodunnit.

If this were a different sort of mystery novel, Varya and Fandorin would make a great team., and Varya could finally become the heroine she wants to be.  But Akunin has no interest in creating a late Tsarist Nick and Nora Charles.  This is not a partnership with a future.