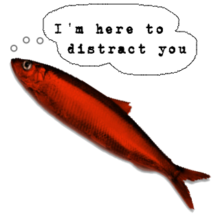 This is the eighth installment of The Turkish Gambit portion of “Rereading Akunin” focusing on .  For the introduction to the series, and subsequent installments, go here.

In which the emperor

is presented with a golden sword

The last question is difficult for me to answer, because I’m biased: I don’t care.  I know enough to know that I probably should care, but I really don’t.  That doesn’t matter, though.   Akunin cares.

As Stephen M. Norris points out in a forthcoming article, Akunin is filling in the blank spots in a historical episode without actually providing a counterfactual narrative.  That is, there are moments in the Crimean War that are puzzling, and Akunin’s novel gives a fanciful explanation for why that is so. His choices have a deflating effect on the war’s acknowledged (Russian) heroes, such as S(k)obolev, while potentially adding to the mystique of Akunin’s own hero, Fandorin, who unlike Sobolev, has the decency to be entirely fictional. If he weren’t, The Turkish Gambit could have been the Crimean War equivalent of Rosencrantz and Guildenstern Are Dead:  a story of the little people’s escapades against the backdrop of big events.

Instead, The Turkish Gambit is a kind of historical fan fiction, which could have turned Fandorin into a classic “Mary Sue” (the authorial wish fulfillment stand-in who does everything perfectly and is admired by all).  Fortunately, as we’ve already seen, Fandorin is far less effective here than he was in the last novel (which, come to think of it, is saying a lot).  More to the point, he is still not quite the master sleuth he will be in later books.

Even without resorting to a Fandorin ex machina, though, Akunin’s transformation of the Crimean War into a spy plot threatens to drain all the contingency out of the history he is describing in order to transform it into a compelling novel. As I point out in Plots against Russia (operators are standing by while supplies last), there is an inevitable commonality between conspiracy theories and well-crafted novels:  nothing happens by accident.  Thus the big battles at the end of the Crimean War cannot be simply battles; rather, they are IRL skirmishes advancing a larger virtual, geopolitical conflict.

As Mizinov explains to the tsar in Chapter 11:

“Sire, with the capture of Plevna the war has entered its concluding phase. The final victory over the Turks is only a matter of weeks away. I emphasize: over the Turks. But we must avoid the same thing happening as in fifty-three, when we began with a war against the Turks and ended up fighting the whole of Europe.”

For it turns out that the key events of the novel have been masterminded by a series of traitors and spies, all leading eventually to Anwar-Effendi (whose specific place in all of his has yet to be revealed).  McLaughlin confided key information to Varya not because he trusted her to keep quiet, but because he was confident that she wouldn’t (see under: Akunin’s nineteenth-century women). Kazantzakis was framed, in order to deflect attention from the real culprit(s). And at this point, we’re not even sure that Turkey is the real enemy; it may well be that the real enemy, while technically Turkish, is playing a much more complex game.

One expects a mystery to have a red herring or two, but The Turkish Gambit has enough to field an entire army. [1] Which means that our protagonists are being fooled at nearly every turn.  It makes sense that the narrative has been keeping Fandorin at a distance, because his character, unlike the others that surround him, only works if his mystique is not irrevocably damaged.

Varya spent a whole month in the hospital as she recovered from typhus, and then two more  months waiting in vain for her hair to grow back.  She spends all of Chapter Ten in a state of anxiety over what must be something like a crew cut.  Petya kisses her forehead when he sees her, making her wonder if she’s being treated like a corpse.  McLaughlin says he hardly recognizes her, and then reassures her “But you look much more like a boy now than you did when we first met.” As for Fandorin, he simply remarks “A new hairstyle.  Is that the fashion now?” To which Varya replies: “Yes It’s very practical.”

I”m sure there’s a thematic connection here (death, rebirth, disguise), but I think I’ll wait to sort it out until Varya’s hair grows out some more.

[1][ “Army,” it turns out, is the proper collective noun to describe a bunch of herring.  Everybody knows that, right?