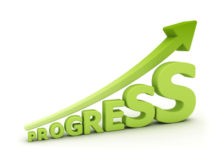 This is the twelfth installment of “Rereading Akunin” focusing on The Winter Queen.  For the introduction to the series, and subsequent installments, go here.

The nineteenth century, according to the advertising copy accompanying the first edition of the Erast Fandorin novels, was a time when “faith in progress was unlimited.” This statement is only one part of the series’ clever, seductive packaging as a gateway to intellectual nostalgia.  Before the Trump Era, I might have suggested that “progress” sounds like the last thing one might be nostalgic about, but in the case of Akunin’s most famous novels, the object of nostalgia is as much “faith” as it is “progress,” and the formulation only make sense if we assume that, after Fandorin’s time, faith in progress is anything but unlimited.

The charm of progress in the Fandorin books involves returning to a time when the most mundane innovations were novel, and when any anxiety over oncoming modernity is expressed in such obscurantist terms as to seem irrelevant.  That is to say, people in the nineteenth century had plenty of reasons to be worried about the future, but that doesn’t mean that the worries they expressed coincided with the problems that would actually arise.

Fandorin himself, starting with this novel and intensifying with the ones to follow, is the very model of a modern…well, not major general, but eventually, if briefly, state councillor. But his  facility with technological innovation and intellectual efficiency will not translate into books that encourage an unlimited faith in progress to be adopted by the reader.  Instead, Fandorin will prove to be adept at navigating through modernity without endorsing it wholesale.  For if The Winter Queen is both a Bildungsroman and an exploration of modern progress, it combines these two aspects by making Fandorin’s personal growth depend at least in part on his growing understanding of the horrors that the modern world surrounds him with.

In which the importance of

in a highly convincing fashion

The chapter begins with a lackluster nod to the novel’s tacked-on romance plot. As if the names “Erast” and “Liza” weren’t ominous enough, Akunin makes Liza, now Fandorin’s fiancée, engage in some painfully heavy-handed foreshadowing:

“It’s all because of Karamzin’s Poor Liza. You remember, don’t you, Liza and Erast? I imagined myself lying there in my coffin, all pale and beautiful, with white roses all around me. Perhaps I drowned, or perhaps I died of consumption, and you are there sobbing and Papa and Mama are sobbing and Emma is there, blowing her nose.”

Does it count as a spoiler if I suggest that any readers buying them wedding gifts might want to hold on to their receipts?

The author doesn’t care enough about this romance to even attempt to make it compelling, and neither do I (though I will have more to say about this in the final post on The Winter Queen).  The rest of the chapter is devoted to the three things the book cares about deeply:  Fandorin’s growth, orphans, and progress.

After multiple failures by a young Erast Petrovich to impress butlers, footmen, doormen, and any other gatekeeper the author can throw at him, Fandorin has finally learned how to make an entrance:

Evidently something had changed in Erast Fandorin’s appearance in the course of the previous month, and he no longer aroused in the doorkeeping tribe an instinctive urge to seize hold of him and deny him admittance.

“No need to announce me. I’ll go straight through.”

Apparently, there’s nothing like being shot at, tied up in a sack, and thrown into the sea when it comes to overcoming shyness.  Self-help is one of the few genres Akunin hasn’t tried his hand at, and I shudder to think at what he might produce.

Fandorin meets Lady Astair again, and as he questions her about one of her staff who was caught working for Azazel, he finally makes the connection that we’ve been waiting for:

“But of course,” Fandorin said with a nod. “In that way he was able to impose his influence on the immature minds of children and afterward maintain contact with his ex-pupils—” Erast Fandorin stopped in mid-sentence, struck by a sudden realization. God, how simple it all was! How amazing that he hadn’t seen it before!

Erast Fandorin, however, was no longer listening. It was as if an electric lamp had been switched on in his head, illuminating everything that had previously been submerged in darkness. Everything fitted into place!

Interesting that he only realizes what’s happening when he starts speaking aloud.  It’s almost as though he needs to take control of the narration in order to get the insights that the third-person omniscient narrator has been making rather plain: Azazel is a plot masterminded by Lady Astair.

Or, as Erast Petrovich puts it, “From the very beginning you intended to use your pedagogical theory to establish a worldwide conspiracy.”

Taken out of context, this quote is hilarious; for some reason, I imagine Lady Astair’s response acted out by Cloris Leachman as she dramatically plays the violin in Young Frankenstein (“Yes! He was,,,, my boyfriend!”).  But, believe it or not, it also gets to the heart of the novel’s problems with modernity.

The first half of the coming century would be the age of such theories, nearly all of which trace their roots back to Fandorin’s own time (Lyotard’s grands récits).  As the standard liberal critique would have it, the theory that proved most important in Fandorin’s home country was a set of good intentions paving the road to hell.  Bulgakov quotes Faust for the epigraph to The Master and Margarita, pointing to “that power which wills forever evil / Yet does forever good,” but a somewhat sympathetic critique of communism suggests that, at least initially, it was the opposite.

Lady Astair tells Fandorin that a worldwide conspiracy was not part of her original plans:

“At first, I simply wanted to save mankind’s poor, destitute children. I wanted to make them happy— as many of them as I could, whether it was a hundred or a thousand. But my efforts were a grain of sand in the desert. While I was saving one child, the bloodthirsty Moloch of society was pulverizing a thousand, a million young souls, in every one of which there burned the primordial spark of God.”

Her logic makes perfect sense, but it is also an inverse reminder of Dostoevsky’s conundrum in Demons: is near-universal human happiness acceptable at the price of one eternally-suffering child? Lady Astair is led astray by the mathematical logic of quantifiable suffering.  Moreover, it is precisely her recognition of the value of individual human life (or at least, talent) that reconciles her with the notion of acceptable losses.  Potential geniuses are being wasted and destroyed every day; if her actions require some murders here and there, they will still lead to an overall increase in the general good:

“Every one of my children is a precious jewel, the crown of creation, a knight of the new humanity. Each of them will work incalculable good and change the world for the better with his life. They will write wise laws, unlock the mysteries of nature, create masterpieces of art. And year by year there are more of them— in time they will transform this vile, unjust, criminal world!”

From her point of view, Fandorin is misled because he has only encountered her “generals and figure ministers”—her specialists in violence, or, as Lady Astair calls them, “Category F.”   But, like Plato’s Guardians, Category F is only one of a broad set of human types identified in Lady Astair’s utopian project; there are also categories for science, art, business, and education.  Which brings us to her most disturbing claim:

“Surely you can see how rapidly science, technology, art, legislation, and industry have developed in recent decades? Surely you can see that since the middle of this nineteenth century of ours the world has become a kinder, wiser, more beautiful place?”

If she is not lying or fooling herself, then Fandorin’s version of our world is one in which the rapid advancements in social, artistic, and scientific progress that characterized the second half of the nineteenth century are the work of an international conspiracy devoted to the betterment of humankind.

Bring on the Bad Guys

Akunin does not dwell on this point; he’s too busy trying to save his hero from certain death. But we should.  Because this is where the development of the world and Fandorin’s own growth as a character converge, and this convergence leads us back to the wordplay on which Grigory Chkhartishvili constructed his literary career: his pseudonym.

To anyone familiar with Russian history, “B. Akunin” sounds like a reference to the nineteenth-century pioneer of anarchism, Mikhail Bakunin. Born in 1814, Bakunin died in 1876, the very year in which The Winter Queen takes place.  Coincidence? Or …something more?  Probably neither. At best, it’s one of the author’s minor literary games.

Chkhartishvili himself points to a different etymology.  A Japan specialist by training and translator from the Japanese by profession, Chkhartishvili based his pseudonym on the Japanese word 悪人, which can be translated as “bad man” or “villain.”  It’s a clever choice; it sounds vaguely Russian, is reminiscent of Bakunin, and also reflects the perverse task of the author of fiction.  After all, authors routinely do terrible things to the characters they create; consider the commonplace advice to beginning writers; “Kill your darlings.”

In the particular case of Akunin, naming himself “villain” is particularly apt, since it is villainy that forges his hero’s character.  Fandorin learns from, and models himself, after Brilling, while it is Lady Astair’s actions at the end of the novel that will finally turn him into the man we will meet in the subsequent novels.  The “learning from villains” motif will also be picked up again in The Diamond Chariot, part of which takes place between books two and three of the Mandarin series.  And if we don’t notice this pattern, the author’s own pseudonym should save as a clue:  Fandorin was literally created by a “villain.”

And not just Fandorin: if we believe Lady Astair, the same can be said for the entire modern world.   And even if we set aside the melodramatic framework, isn’t this critique essentially valid?  How many people (long-suffering children included) had to die for the sake of “progress”, whether in wars and genocide, or in the sweatshops that produce my own beloved iPhone?

We can all learn something from villains.