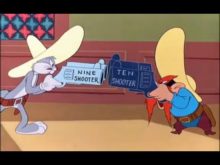 This is the second installment of the Pelagia and the White Bulldog portion of “Rereading Akunin .’  For the introduction to the series, and subsequent installments, go here.

The first two chapters of Pelagia and the White Bulldog are a study in contrasts.  The first chapter starts in a monastery and moves out to the wider world, while the second starts with the secular world, only to remind us that ecclesiastical concerns can’t separate themselves from politics. Given that the setting of the book is unabashedly provincial, we can also see this as a play on what Canadians call the “two solitudes”: in this case, two closed off worlds that turn out not to be closed off from each other.

As I’ve learned from my colleague Anne Lounsbery, there is something about the provinces that both lowers and raises the stakes simultaneously. The stakes are lower because the provinces in Russia by definition “don’t matter;” they are black holes of signification. On the other hand, within their isolated context, everything can matter, and the apparently trivial can assume outsize significance.

After all, what could be more trivial than the mystery Pelagia is assigned to solve?  Why should anyone but the most sentimental dog lover care who is killing an old lady’s beloved bulldogs? To be honest, I don’t remember why this will turn out to have greater significance, but I have no doubt that it will.

Chapter Two turns the relationship between the trivial and the important on its head. This is the chapter where we learn all about Zavolzhsk society, even as the narrator retains a healthy dose of irony about how important the goings on in the middle of nowhere could possibly be.  But the air of triviality in this novel continually proves to be deceptive.  First we learn about the province’s idiosyncratic social structure, then we get the story of the man who will prove to be the novel’s central villain: Vladimir Lvovich Bubentsov.

Bubentsov’s youth was one of petty nastiness that culminated in the destruction of several people’s lives, for no good purpose.  In his subsequent role as Synodical Inspector, he manufactures scandal out of nothing in order to turn Zavolshk into a cause celebre and spark a fundamentalist crackdown throughout the empire.  Bubentsov is going to make this provincial town matter, whether the town wants it or not.

The narrator heralds Bubentsov’s arrival in a matter-of-fact tone:

The following day it was already known that an inspector from the Holy Synod had arrived in Zavolzhsk, Chief Procurator Pobedin’s very own assistant for special assignments.

Akunin’s implied reader, however, may recognize hints of something a bit more sinister.  Though the phrasing is reminiscent of the announcement at the beginning of Gogol’s Inspector General (“An Inspector General has arrived in our town”), the fact that he is works for Pobedin is already enough to raise the hackles of all but the most die-hard Russian Orthodox monarchists.  The name “Pobedin” is a clear stand-in for the notorious Konstantin Pobedonostsev, who developed and implemented the tsar’s reactionary and obscurantist cultural and political policies at the time in which this novel takes place.

As an Inspector, Bubentsov serves as the enforcer of Pobedin’s nascent Inquisition.  His life story is far from hagiographic; before finding God and pledging himself to Pobedin, Bubentsov was in prison after engaging in a set of duels with virtually no provocation, resulting in the death of one man and the castration of the other.

Bubentsov “was genuinely completely transformed, absolutely abandoned his dueling, and began behaving toward the fair sex with the most circumspect discretion.”  Ironically, he shows his newfound zeal in the northern provinces by eradicating the sect called the “skoptsy.”  The man who once castrated his opponent for fun is now, on behalf of the Church, wiping out a religious movement whose most notorious tenet is self-castration in the name of God.

Though he works for the establishment, he fits a familiar pattern of devilish outsiders who come to Russian communities only to disrupt them.  Gogol’s aforementioned Inspector General fits this pattern, if parodically, as does his Dead Souls.  But the way in which Bubentsov carefully makes the rounds, becoming all things to all people, reminds us of modern Russian literature’s most famous devil:  Woland from Master and Margarita.

Like Woland, Bubentsov is slyly seductive.  Not for nothing does Akunin establish that it is the women who really set the agenda in Zavolzhsk, allowing the reader to see Bubentsov apply his charms to the two women who represent the opposite ends of the provincial town’s ideological spectrum: the conservative governor’s wife and, Ludmila Platonovna, and the hostess of a progressive salon, Olympiada Savaleivnna (wife of  the postmaster).

The society ladies would probably be appalled to see how Bubentsov behaved with their rivals, and not only out of jealousy: perhaps the most frightening thing about Bubentsov is that his relationship to power is almost entirely transactional.  Just as he switched from ne’er-do-well to warrior of the faith without batting an eye, now he charms each woman by mirroring her political views to perfection.

So it makes sense that the one person who challenges him is the local assistant procurator, Matvei Bentsionovich Berdichesvsky.  The name is a not-so-subtle indication of the man’s background; to the Russian ear, he may as well be named “Jew Jewison.”  There is no small amount of stereotyping to Matvei Bentsionovich’s depiction (“He was indeed far from handsome— he was nervous and twitchy, with a crooked nose and one shoulder noticeably higher than the other.”).  But he is also the perfect foil for Pobedin’s loyal inspector, as each of them was brought to the Church thanks to the influence of a powerful mentor. But where Bubentsov is a schemer whose faith seems based on a respect for power, Marvei Bentsionovich found Christ through the intercession of a much better man than Pobedin: Bishop Mitrofanii.  Matvei Bentsionovich is no slouch himself when it comes to scheming (the narrator even uses the phrase “crafty Jew”),

As they play a game of chess, Bubentsov explains his plans.  The province is not pulling its weight when it comes to suppressing dissent and fighting schismatics, which he assumes is the result of bribery and corruption rather than a general atmosphere of tolerance.  A confrontation between the two is now unavoidable:

Desperately afraid, and therefore avoiding raising his eyes from the board, Matvei Bentsionovich mumbled: “I beg your pardon, sir, but, first, you are in checkmate. And second”— he spoke these words almost in a whisper, with a powerful tremor in his voice—“you are a scoundrel and a base individual.”

As he said it he squeezed his eyes tightly shut, recalling all at once the double duel, and his twelve children and the addition that was on the way.

Bubentsov laughed as he looked at this brave soul’s pale face. He glanced around to make sure that there was no one nearby (there was not), gave Matvei Bentsionovich’s long nose a highly painful tweak, and left.

Bubentsov is the same man he always was, ready to humiliate people and gleefully ruin lives. Matvei Bentsionovich is terrified, remembering the stories of Bubentsov’s dueling days.  And he is not wrong:  Bubentsov has, in fact, been engaging Matvei Bentsionovich in a low-key duel, which he ends with a provocation that, technically, could be used as the excuse for a challenge to the real thing (not to mention serving as yet another castration, this time metaphorical).

The narrator of Pelagia and the White Bulldog has been compared to that of Dostoevsky’s Demons, and Bubentsov could therefore be a second-rate Stavrogin.  But the stakes here are less Dostoevskian than they are Tolstoyan:  how do you respond to evil without engaging in immoral, foolhardy, and in this case, hopeless violence?  And what do you do when evil has aligned itself with the very institution that is supposed to fight it, that is, the Church?

And how is an amateur detective nun, currently investigating a series of canine murders, supposed to intervene in all of this? I don’t recall, but a novel that has included dueling, castration, and nose-pulling can only be improved by a drop in testosterone.