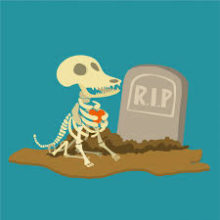 This is the fourth installment of the Pelagia and the White Bulldog portion of “Rereading Akunin .’  For the introduction to the series, and subsequent installments, go here.

A Nest of Vipers

Pelagia and the White Bulldog is not a locked-room mystery (a genre Akunin had played with just two years earlier, in  Murder on the Leviathan).  But sometimes it feels like one.

On the surface, the novel should have nothing in common with that particular genre.  We change locations now and then, travel in coaches and on foot, and follow a variety of characters.  Yet in virtually every second chapter, we find ourselves in a room full of people who don’t like each other very much, indulging in verbal games ranging from mild snipes to full-on attacks.  The result feels like a claustrophobic’s intermittent nightmare.

It doesn’t help that the book starts in a monastery, and features heroes who have taken holy orders.  Granted, for clerics and nuns, the characters in Pelagia and the White Bulldog do get around.  Perhaps Pelagia herself, when not in her other guise (more on that in the next post), takes her monasticism with her.  Wrapped in her robes, she carries the convent on her back like a snail with its shell.

Pelagia tends to fade in the background, the better to observe her suspects, only interceding occasionally.  But it is the suspects who really inculcate a sense of confinement: they are not pleasant company, and they know it (at least, they know it about each other).

After the attack on Zakusai, Marya Afanasievna goes all in on her misanthropy: “You’re all murderers!” She tells her family and guests. Later, kissing Zakusai on the snout, she declares, “Dogs are so much better than people!” And, finally, giving the chapter its title, “This is no home, it’s a nest of vipers.”

Though there are no signs of any affection between the two women, Marya Avanasievna and Pelagia make a good pair:  the agoraphobic, animal-loving misanthrope and the cloistered anthropologist out on a field trip. Where the general’s widow is a terrible judge of character, easily flattered and deceived, and changing her will at the drop of a hat, Pelagia can see behind people’s facades in order to sort out the truth.

Oh, and the characters to be judged!  Marya Afanasyevna is right about one thing: her home really is a nest of vipers.   In her grief, Marya Afanasyevna names virtually every person we have met for the attack on her dogs.   She sounds insane, but she’s not entirely wrong.  The rest of the chapter contrives to make Pelagia a witness to the iniquity, greed, or sheer weakness of character of every one of her interlocutors.  Some are relatives desperate for money and freedom, others are simply desperate and lovelorn.

Things pick up a bit when the main plot lines finally start to converge:  the sinister synodical inspector Bubentsov pays a visit to the widow, his charm working the same wonders on her as it did on the province’s two leading ladies. In conversation with the assembled household, Bubentsov mentions the headless corpses found earlier in the novel, and links them to his pet crusade: blaming local sectarians.  The locals object, pointing out that the Zyt, as they are called, have been peaceful for decades.

Bubentsov and his machinations open up this otherwise claustrophobic chapter, and begin to suggest how the dog plot, the beheadings, and Bubentsov’s inquisition could come together, at least thematically.  As this novel develops, we will witness several occasions of regrettable rush to judgment.

In Pelagia and the White Bulldog, unidentified corpses are not the only ones to lose their heads.

R.I.P. Zakusai. You’ll be missed.  Well, only by Marya Afanasyevna, but still.