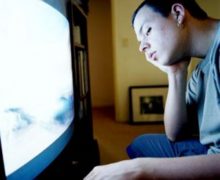 I never heard particular declarations about politics from people in Russia. Politics was something to be observed,  withstood, or ignored. The Russians I knew usually proclaimed indifference.

Russia played a large part in our Presidential election, from accusations that Russia hacked the Democratic National Committee, to the bromance between Trump and Putin.

America’s presidential election was suddenly a topic on Russian television, and by proxy a topic on the lips of Russians. Suddenly, the apathetic masses came to care about politics, about US politics.

I interviewed a number Russians regarding the outcome of our elections, and as I was writing this piece I felt that any context or framing I added was superfluous. Nobel Laureate Svetlana Alexievich’s Secondhand Time assuaged this issue by being comprised almost exclusively of quotations. The result was a chorus of voices that somehow congealed into a vivid whole. Here, I took a page from her book and let the Russians speak for themselves.

“For me it was unexpected. I was sure that Hillary would win (though I wasn’t rooting for anyone, and didn’t have anything invested in it).”

“Nothing is changeable. Elections are big business.”

“To be honest, I didn’t follow the elections and I don’t know anything about the candidates’ pasts.”

“I don’t know anything about politics and I don’t like talking about them. All I know is that there were two candidates, and a whole lot of people are protesting the election’s result.”

“I never liked Trump, but I didn’t like Clinton either, though I totally didn’t expect Trump’s victory.”

“I didn’t like either candidate, and it’s even worse that Trump was chosen. It’s strange that in such a big country there aren’t any worthy candidates.”

“I like Giuliani. Trump has a nice haircut. He was in Home Alone and I usually like republicans over democrats.”

“It’s just that she’s a politician, and he isn’t. I am absolutely sure that a businessman who can make big money, who can intelligently use it, can bring prosperity to the country (hence Make America Great Again). “

“Just because he said disgusting things about women, it doesn’t make Hillary the better candidate.”

“Just looking at their outward appearances, both are extremely unattractive.”

“Trump was able to win in spite of the elite and mass media. The peaceful transfer of power is a sign of true democracy. I think Trump’s victory can even help the downtrodden democrats. This defeat could lead them to the right conclusions.”

“At the debates, Trump was saying things that weren’t true, and denying real facts. Hillary kept trying to beat him with logic and catching him in a lie. But she didn’t understand you cannot combat that kind of behavior using logic. She should have been meaner.”

“Maybe in his slogan about a return to a great America, Trump was referring to the fifties and sixties… an era of the a great upswing, of euphoria, of powerful technological developments that allowed us to land men on the moon. That generation didn’t know limits to ambition, which at the same time could lead to World War III: the generation of All of it, here and now.”

“He doesn’t give a hoot about his image — something only old people can afford to do.”

“To be honest, Trump impressed me more, if only because he has a big family and defends Israel.”

“It’s always nice to see someone a little eccentric. Clinton just never felt especially right. She seemed really false to me, but those are my personal feelings. My intuition. Really, I don’t care for Trump one way or the other. The most important thing is that he turns out to be a competent politician.”

“Trump is very frank and honestly did go too far in his outbursts, but a lot of the time I agree with him, however strange that seems. He has a lot of children and grandchildren. I think that someone who has such a large progeny won’t let things come to a serious war.”

“Inheriting a lot of money is a call to action.”

“I mean, this was a pretty complicated election. Trump seems to me the lesser of two evils.”

“We all treated America as a moral compass, so it’s frustrating.”

“I wouldn’t make any predictions about his political success. Running so many large corporations that he built up suggests good political abilities.”

“The Ukrainian media was pouring dirt on Trump. Our news basically ignored Hillary. We were all convinced that if Trump came to power, then he’d give Russia the green light for an armed invasion of Ukraine. That he has all kinds of connections with Putin and his campaign was run on Putin’s dime.

So now everyone here has been in shock since Trump won, and, well, we’re preparing for the worst.”

“He’s very out-spoken, but I think in reality he isn’t really.”

“I don’t think World War III is happening anytime soon. Everything will be okay.”

“Now we are not the only fucked-up country aside from the UK.”

“To be honest, he’s a politician on a small scale. Putin and Ergodan seem to me to be bigger dangers to world stability.”

“A nation too obsessed with it’s own hypocrisy woke up in shock when it looked in the mirror… but sometimes a cold shower is what you need.”

“Trump is quite unpredictable as a politician, but there are two parties, congress, and an independent court system which remains to preserve the stability of the United States’ political system. They have the ability to check any of Trump’s possible tyrannical or dangerous actions.”

“It’s not a problem. They’ll tell him what to do. There’ll be a ton of advisers.”

“Democracy and elections are a play, a tale, theater.”

“In a democratic country there are democratic elections. Trump won fair and square. I’m for him.”

“There are no miracles in politics. Everything is calculated beforehand, especially in a country like that.”

“Peace and stability must remain at the forefront of your mind and your heart. Presidents and money will always be the same.”

“Oh, I don’t know. Seems to me it’s impossible to say how he’s going to behave, if it’s going to be good or not. But it’ll definitely be interesting.”