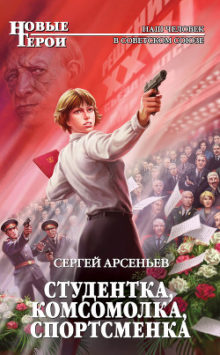 This is the tenth entry of Russia’s Alien Nations: The Secret Identities of Post-Socialism, an ongoing feature on All the Russias.  It can also be found at russiasaliennations.org. You can also find all the previous entries here.

Russian fantasy and science fiction are not particularly interested in stories of aliens coming to Russia, as they are far more preoccupied with framing Russians as aliens themselves.  Perhaps this goes back to my earlier point about the United States playing the role of “default earth” for the alien visitor, but it is also rooted in a sense of Russian particularism, if not exceptionalism.  One does not have to believe Russia has a special, messianic destiny,  that it is cursed to suffer and fail, or any variety of fatalism that falls between these two extremes to recognize the overriding role of history in the Russian imagination.  Or rather, not necessarily history itself, but the awareness of history, is key.  An alien visiting Russia, whether that alien is from America or Mars, is going to require a huge amount of information to get up to speed. While that same alien should have little difficulty finding interlocutors who are more than willing to supply that information at great length, why should the Russian reader or viewer have to be subject to “infodumps” whose contents they may already know?

Fictional visitors to Russia are not visiting a place at one moment in time; whether they know it or not, they have landed on the top layer of an extensive archeological dig.  The Russia that is at stake in these fictions is not a picture to be painted, but a palimpsest to be investigated layer by layer.  Moreover, any discovery made by the outsider is of primary importance to an insider audience.  This should come as no surprise—what culture has not entertained stories of national self-doubt and self-discovery? Again, the contrast with America is instructive.  The classic story of American self-discovery is a road trip: a tour of geography rather than history, resulting in an understanding that is primarily an epiphany.  Russia is no stranger to road trips (going back at least as far as Gogol’s Dead Souls), but recent Russian self-discovery involves time (history) at least as much as it does space (geography).

At the same time that one of the biggest phenomena of Anglo-American science fiction is the “New Space Opera” (that is, tales with an interstellar scope), the most popular subgenre of Russian science fiction doesn’t even have a name in English:  popadantsy.  The word actually describes the heroes rather than the genre, but the heroes’ name has become the genre’s default nomenclature.  Derived from the verb “popast’’” (in this case, to “end up somewhere” or “find yourself somewhere”), a popadanets (the singular of popadantsy) is someone who, usually through a completely mysterious or underexplained fantastic or science fictional plot device, ends up in another world, another dimension, or most often, another time.  These sorts of stories have been and continue to be written by English and American authors as well, from Mark Twain’s  A Connecticut Yankee in King Arthur’s Court to the 1980s American television show Quantum Leap.  But they are neither numerous nor popular enough to have coalesced into an identifiable genre.  By “genre” I do not mean simply a set of familiar tropes (the Anglo-American stories certainly have those), but rather a set of expectations of narrative pleasures that a given exemplar of the genre should rightly fulfill.

So far, I have not found a satisfying English term for rendering popadantsy; the best I’ve come up with is “accidental historical tourists,” an awkward phrase that gives me no sense of translator’s pride. I’m toying with borrowing from the title of a 1960s Doctor Who serial and calling them “time meddlers,” but I’m holding out hopes for the wisdom of the HiveMind. Popadantsy is on the cusp of two more familiar F&SF subgenera: time travel and alternate history. Certainly, these are time travel stories, but they tend to be about visiting (and often staying) at only one particular point in history, and are almost always the result of an accident.  None of the most familiar pleasures of hardcore time travel tales are to be found—no one is at all bothered by the idea of paradoxes resulting from the deaths of butterflies, grandfathers, or Hitlers. There is little or no reflection on the philosophy of time or causality, and the general preference for points in the national history is almost as distinctive as the lack of interest in the future.

One could, perhaps, look at popadantsy as the fulfillment of an unconscious bias built in to the (non-paradoxical) grandfather of all modern time travel stories, H.G. Wells’ The Time Machine.  As Wells’ traveler goes further and further into the future, he is presumably telling us what happens to our world, but geographically, his machine never goes much further than the London basement where it was constructed. The Time Machine literalizes the trope of British “insularity,” projecting it across the ages through its absolute conviction that a few hundred square meters of English soil are representative of the world at large.   The most popular popadantsy dispense with the pretense of speaking for the entire globe, though their chosen arena is much greater than the footprint of even the wealthiest English home:   their world is Russia.

By the same token, popadantsy cannot be simply assimilated to the category of alternate history, despite the genre’s popularity around the world and in Russia in particular.  While alternate history certainly can involve time travel, it does not have to.  Look no further than the genre’s foundational work, Philip K. Dick’s The Man in the High Castle, in which the Axis wins World War II.  Dick’s novel speculates about the fictionality of its own scenario, but does not move back and forth between timelines (a possibility raised by the finale of the television adaptation’s first season).  Instead, popadantsy are a variation of what Farah Mendelsohn calls “portal quest fantasy”, where characters find doorways to other worlds (Narnia, Oz), only here the other worlds are almost always the historical past.  They are portal quest historical fiction (like Diana Gabaldon’s Outlander series), whose goal is often the creation of an alternate history.

Chapter Four (“The Accidental Tourists of Russian History”) examines the popadantsy in fiction and film, as well as on television, focusing on a few key texts in order to show the ways in which notions of Russianness are negotiated through time travel narratives.   Popadantsy are not merely a reflection of what Andrew Baruch Wachtel calls an “obsessions with history”; the timing of these time travel stories must not be ignored.  After all, what could be more responsive to the upheavals of the past three decades than dramas of temporal displacement?  In the wake of the Soviet collapse, the citizens of the Russian Federation are all popadantsy negotiating their journeys from one world to another while (for the most part) still occupying the same geographic space. Or, to go back to more familiar, science fictional terms, everyone in the Russian Federation runs the risk of being an Unidentified Russian Object.

After a brief examination of the genre’s antecedents (including Mikhail Bulgakov’s Ivan Vasilievich, and Ivan Vasilievich Changes His Profession, the film adaptation by Leonid Gaidai in 1973, which further displaces the Ivan the Terrible story by moving the action from the Stalinist 30s to the Brezhnev 70s), I will turn to a few key texts, including at least one novel focused on Stalin and World War II (one of the most popular destinations) and one involving perestroika (most likely Sergei Arsenev’s Студентка, комсомолка, спортсменка (Girl Student, Komsomol Member, Athlete), which has the added charm of exemplifying the homophobic author’s ongoing obsession with imagining the consciousness of his fictional stand-in implanted in the body of a pre-pubescent girl.  The chapter concludes by looking at the first seasons of Dark Side of the Moon (the Russian adaptation of Life on Mars) and Chernobyl: Exclusion Zone.

Next: The Soviet Union in the Twenty-First Century