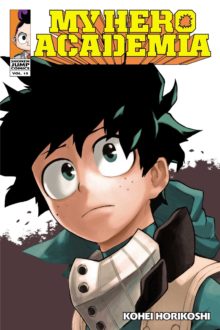 Eliot Borenstein is a Professor of Russian and Slavic Studies, Collegiate Professor at New York University, Senior Academic Convenor for the Global Network, and Acting Chair of East Asian Studies.

As some of you know, I spent a couple of years writing the first draft of Plots against Russia: Conspiracy and Fantasy after Socialism on my blog. Now that the book is coming out (from Cornell University Press, this March), I’m back to work on my next projects. And one of them is…another book whose rough draft will be posted on a blog.

I’m doing this partly for selfish reasons: the blog format got me writing, and it also got me useful feedback from my friends and colleagues. But I like to think that there might be other principles that can justify this endeavor.

This justification has to do with a number of terms we’re all probably sick to death of hearing: public scholarship, digital humanities, tenure, the Internet. We may be on the verge of some major or minor paradigm shifts that will affect the how we do our work, how it is disseminated, and how it is evaluated. If we’re lucky, these shifts might involve a reexamination of the very idea of publishing.

When our research does go online, it ends up being absorbed by one of any number of predatory schemes (Elsevier, academia.edu, Google) that, in addition to making money for no good reason, don’t even compensate us when we play our part as cogs in their machines.

But what is tenure for? I have to believe that one of the purposes of tenure amounts to the luxury of no longer abiding by all the strictures that obtain when you’re trying to get tenure. For my last project, I had assurances of a contract from Cornell before I started. This time, I’ve submitted a proposal, but I’m not waiting around to hear the answer. And why is that?

Because it doesn’t matter. If Cornell says no, maybe I’ll find another press. If they all say no? I still have the blog. I’m a tenured full professor, and if I can’t muster up a healthy indifference to publication, then I have only myself to blame.

So here’s the plan. I’m going to be posting a couple of times a week to my new blog. In addition, each entry will be cross-posed to the Jordan Center blog (All the Russias). If you get a mailing from the Jordan Center, sometimes it will include links to the latest installment of Russia’s Alien Nations. And, as with everything else involving email, you’re free to either click through or ignore it.

Realistically, I know I’m powerless to effect real change in our academic culture. But as someone who, at heart, has always been a French existentialist with a soupçon of deconstruction (life is meaningless, so we must create contingent meanings while realizing none of it is a universal given), I am a firm believer in acting as if. So I will commit to the incredible hubris of acting as if my efforts matter.

So what is Russia’s Alien Nations: The Secret Identities of Post-Socialism about? Keep in mind that this is a rough draft, which means I’m learning what I’m doing while I’m doing it. But the manuscript in progress already represents the latest of many iterations of plans for this project, with chapters added and removed until I came up with something that strikes me as thematically coherent. In the process, I came up with plans for the follow-up volume, On Soviet Melancholia, but that is, quite literally, another story.

Starting with the metaphor of the alien and the admittedly uninventive pun of “alien nation” and “alienation,” this book examines imaginary constructs of postsocialist Russian identity through stories of encounters with an even more imaginary Other. The first three chapters deal with identities projected internally into specific segments of the Russian population. Chapter One deals with the sovok, the Soviet yokel who became something of a folk (anti-)hero in the late 80s and throughout the 90s (with detours into the realm of bydlo and vatniki).

Chapter Two is about the rise and fall of the New Russian, while Chapter Three, Russian Orc, is about an Internet subculture that has voluntarily assumed the identity of Orcs as a way of reclaiming perceived negative stereotypes of “savage” Russians. This was originally a part of my last book, but it’s a better fit with this one.

Chapter Four examines the most popular sub genre of Russian fantasy and science fiction: stories about popadantsy, people who accidentally find themselves in another place or time. This genre allows Russia from any given historical period to be visited by Russians from another one (usually ours). In this case, the alien in Russia is always Russian.

Along the way, I’ll also be including some mediations on the concept of postsocialism now that postsocialism is old enough to settle down and have some kids.

That’s the plan so far. It will no doubt change along the way. I’d be very happy if some of you decide to stay with me and see how it develops.