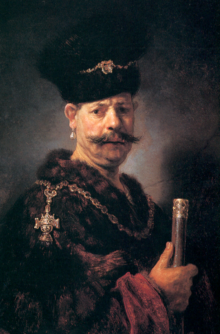 Rafał Smoczyński is a sociologist, associate professor at Institute of Philosophy and Sociology of the Polish Academy of Sciences.

Tomasz Zarycki is a professor of sociology at the Robert Zajonc Institute for Social Studies, University of Warsaw, Poland.

Nobility or noble traditions are a perennial topic of discussion among the Polish intelligentsia. These conversations often position interlocutors as members of different factions with often phantasmic views on the spiritual leadership and moral superiority of Polish noble traditions. The consistent presence of post-feudal imagery in Polish political and cultural discourse intrigued us as sociologists. Although we intuitively understood the implied role of this post-feudal symbolism within various models of Polish citizenship, we were not sure what they actually signified, or how they differed from one another. Therefore, we decided to devise a sociological research project to investigate the question of the role and users of noble legacies in contemporary Poland.

Our findings turned out to be quite complex. Firstly, there is a substantial number of groups and individual social actors in Poland who refer to these identities/legacies. The most visible are formal organizations that bring together individuals who consider themselves “nobles,” “former landowners,” or descendants of the former feudal elite of the Polish-Lithuanian First Republic (“Rzeczpospolita”). We also examined a completely informal network of several dozen large noble-descent families organized according to the logic of kin-based affinities. Despite the lack of institutionalization, this milieu turned out to be most efficient at deploying a noble legacy in practices of collective identity reproduction. We called this network the “extended family” because its members do not like to use ostentatious terms like “aristocracy” or “nobility” and usually call themselves “the family.”

It is important to note that the families in question do not necessarily represent the highest-ranking aristocratic circles in the sense of the historical feudal hierarchy. This loose grouping also includes not only families that managed to maintain a significant part of their wealth until the Second World War, but also those who never lost either their economic or symbolic status (e.g. the Radziwiłł family). After being expropriated by the communists, this last group experienced the degradation of its economic and political status. Some members were even persecuted, particularly those involved in the anti-communist underground. Naturally, the plight of the Polish nobility contrasts with the Russian aristocracy and pre-1918 economic elites, which did not survive the first two decades of Soviet rule.

In Poland, the formerly richest landowners and aristocrats consolidated during the Stalinist period to form a closed social network consisting of the several dozen families mentioned above. Socially and economically speaking, most of these people were absorbed into the intelligentsia, often occupying relatively insignificant scientific or cultural positions (e.g. editors at publishing houses). Some of the former landowners took lower managerial positions in the state-owned farms, where their professional knowledge could find application. Although they became part of the Polish intelligentsia, these former nobles never fully integrated with it, remaining in the same tension that has historically characterized relations between these two factions of the Polish elite.

At the same time, the nobility has always been an important point of reference for Poles aspiring to positions of national leadership. Borrowing Durkheim’s terminology, we proposed conceptualizing the special referential role played by the milieu in question as an “intelligentsia totem.” In their totemic function, the descendants of former aristocrats and landowners set models of sociability and worldliness. They also acted as living symbols for the continuity of Polish elites across the centuries, emphasizing their connections to Western European elites (indeed, the families in question are closely related to many Western royal and aristocratic families).

In our article, just published in Communist and Post-Communist Studies, we discuss in detail how the social reproduction of this milieu takes place and how the “extended family” managed to hold its distinctiveness among other elite factions during the phase of Polish post-communist capitalism. The mechanisms we describe include social distance strategies and several family rituals such as weddings, funerals, or christenings that create an autonomous world of family life. The practices of this world occasionally takes on semi-public form—as in the case of the so-called Debutantes’ Ball discussed in the media—but is always closed to people who are not perceived as members of the milieu.

The successful reproduction of the milieu under examination relies to a large extent on homogamy. This matrimonial practice remains relatively vital, and in this respect the descendants of Polish nobles differ little from their Western European counterparts. An important resource for the “extended family” that helped sustain cohesion and social status during the communist period were multi-generational family ties with Western European relatives. Networking activities constituted a source of prestige and often material support, while also providing opportunities to visit Western countries and gain a good command of foreign languages. These resources proved to be important when communism collapsed in 1989 and the younger generation of the “extended family” took up important positions in newly established branches of Western corporations in Poland. Without a doubt, their rich resources of social capital and close relations with influential intelligentsia circles facilitated the “extended family” members’ political and business careers in post-communist Poland. A further factor that improved this group’s status after the fall of communism was the reprivatization of their former properties.

The continuity of the Polish mobility seems to be a unique case among former communist block countries. Some traces of the former aristocratic elite can also be found also in Hungary. In the Russian case, a similar milieu survived only in exile, primarily in France.