Sentimental Realism, or Literature in Russia (with Hilde Hoogenboom and Discussant John Randolph)

The Sanatorium Movement, the Union of Towns and the Envisioning of Post-War Russia, 1914-1917 (with Yoshiro Ikeda)

All the Russias' Blog

A space for news and opinion, sponsored by The Jordan Center

An unrecognized state is a political entity that possesses all the attributes of statehood (e.g., has armed forces, creates foreign policy) but lacks the international recognition of statehood status. One example of such an entity is the Pridnestrovian Moldavian Republic (PMR). Since the end of the Moldovan-Transnistrian war in the 1990s, it has been functioning as a de facto independent entity, even though the international community recognizes Transnistria as an integral part of Moldova. Russia is strengthening the statehood of PMRs, using them as a useful instrument in its foreign policy. 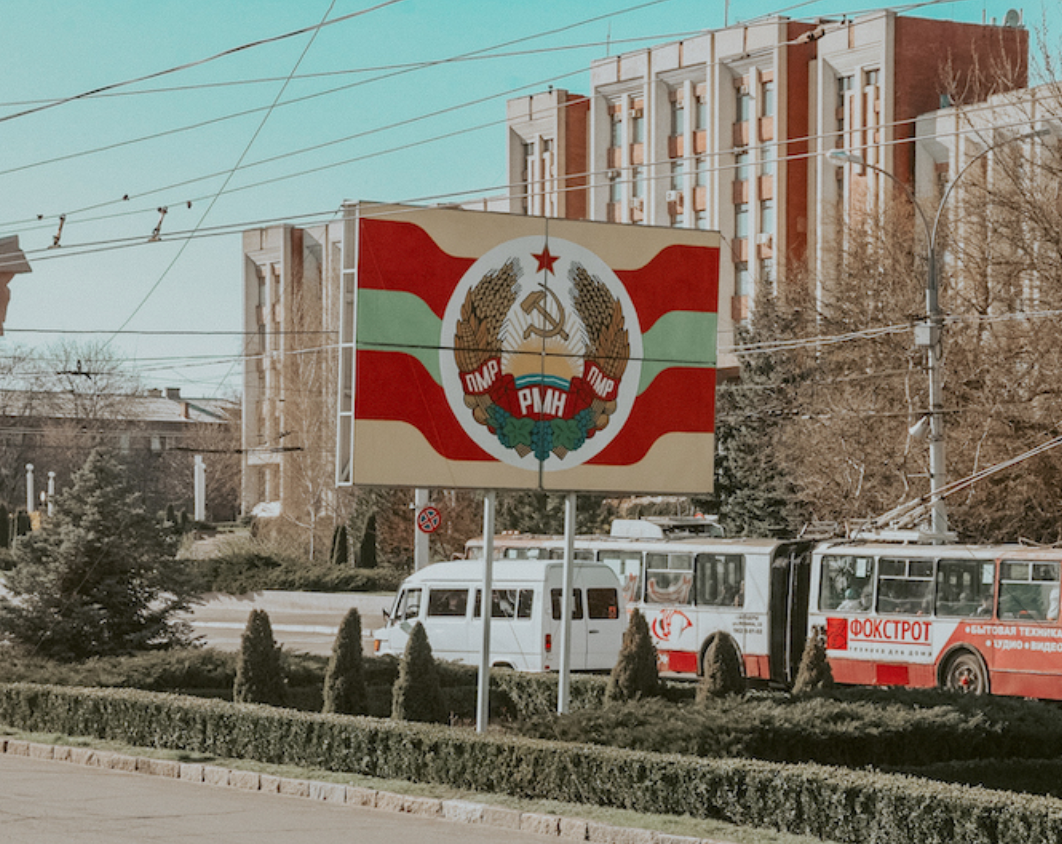 The organizations we studied — the Saint Petersburg Youth Security Service (MSB), the Safe Internet League (LBI), and the Cyber Cossack patrols — gather contingents of volunteers to scan the Russian Internet for illegal content (drug dealing, pedophilia, child pornography, “extremism” and, more recently, online suicide games). The MSB targets a broad scope of “negative content,” while the LBI and the Cyber Cossack patrols usually specialize in one specific issue, which may change according to the current political agenda or funding opportunities. The latter two organizations are also involved in generating “positive content:” creating sites promoting patriotic ideas, for example, to help create a “virtuous” Russian Internet. 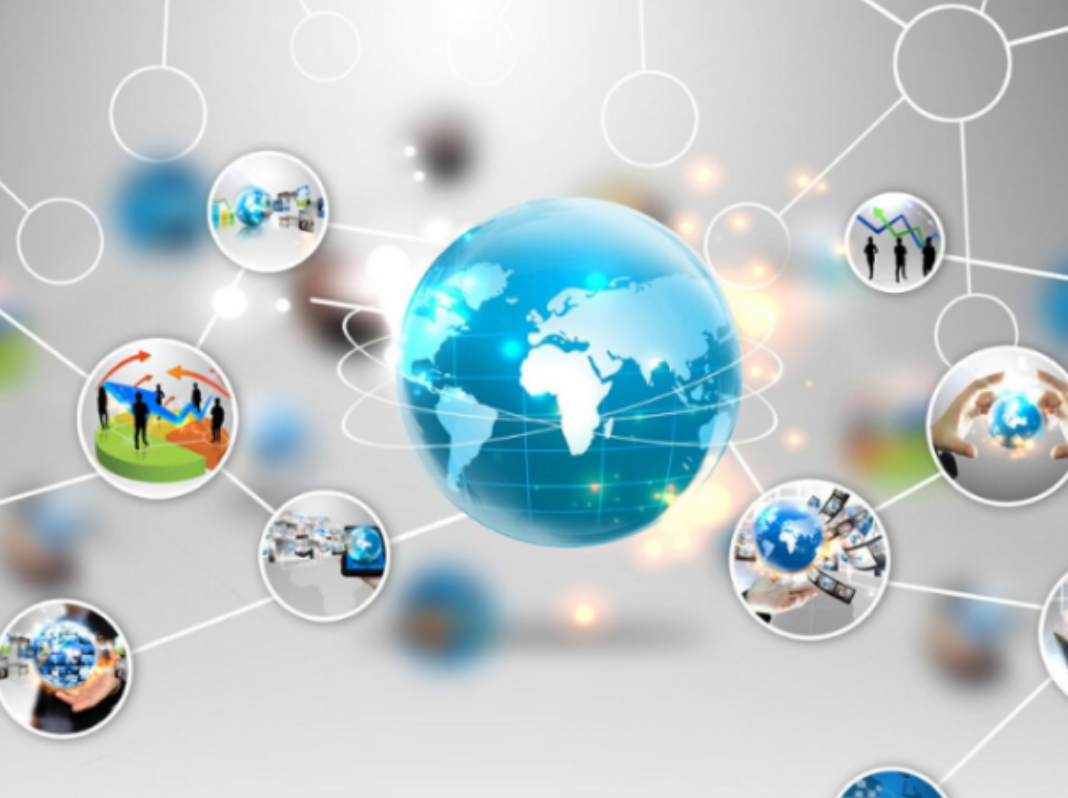 Mirsaid Sultan-Galiev (1892-1940) was a communist, an anti-colonial revolutionary, and a devout Muslim. Born in the Bashkir village of Elembet’evo in Ufa, he was raised in a family of mixed socioeconomic backgrounds: his mother a member of the nobility, and his father a peasant following Ismail Gasprinskii’s movement of reformist Muslim thought, jadidism. Joining the revolution in 1917, Sultan-Galiev saw Bolshevism as a gateway to freeing colonized lands.
Today, his name has been obscured by two clashing, yet mutually reinforcing narratives. 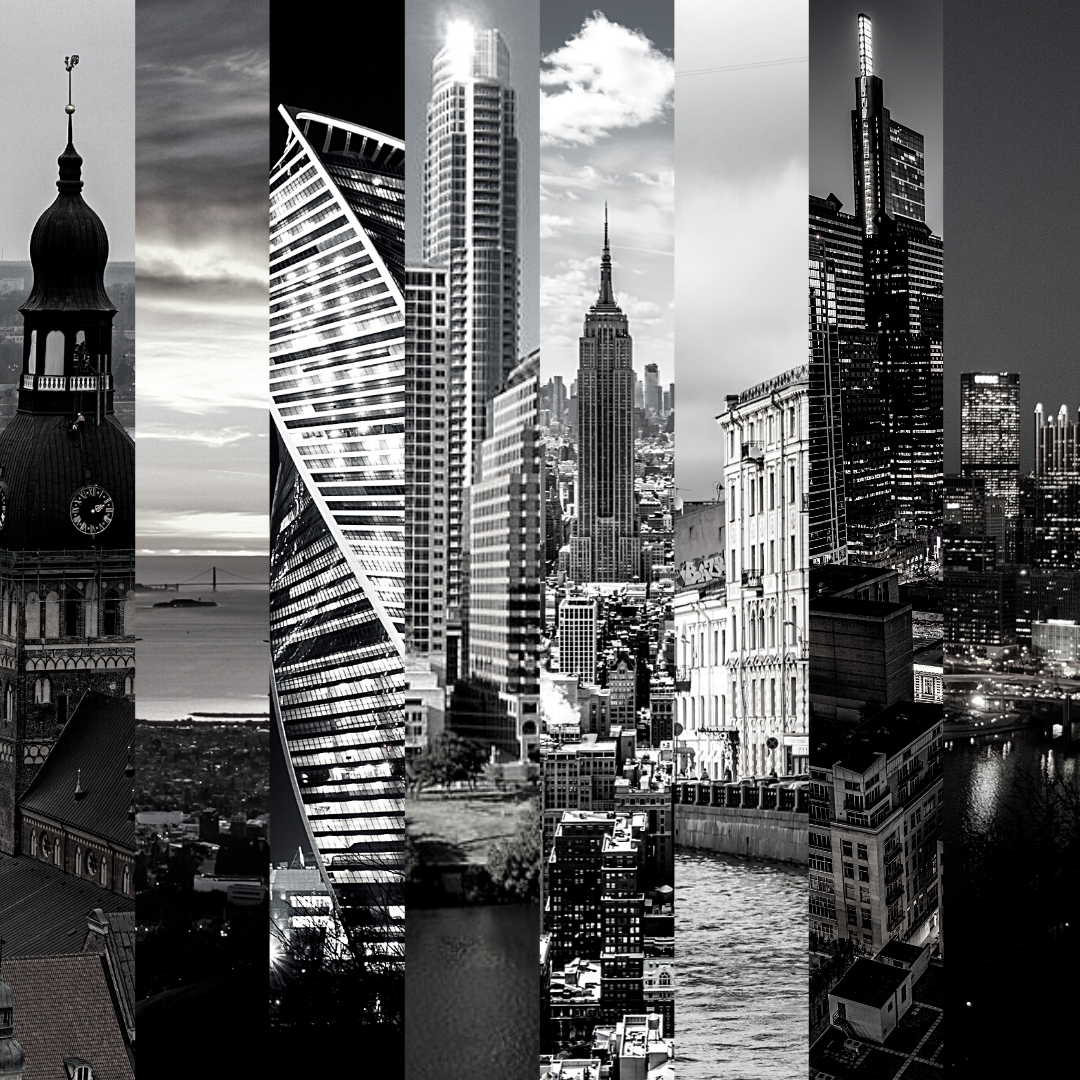 With the relative liberalization of the Soviet regime after the death of Stalin in 1953, the friendship-of-the-Soviet-peoples model was readjusted in the interests of republican party elites, who utilized nationalism as a resource for building political influence. 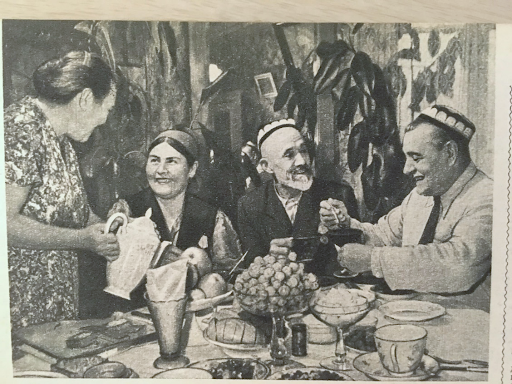 “The family of an Uzbek blacksmith identified as Shamakmudov [sic] may be the most multi-national in the world, the TASS news agency reported today. Akhmed and his wife adopted 14 children of soldiers killed in World War II including Uzbeks, Russians, Jews, Tartars, Moldavians, and Gypsies,” various American local daily news outlets reported in December 1964. Indeed, the main Soviet information agency, TASS, had run a short article on this Uzbek family as an exemplar of Soviet “friendship of the peoples.” 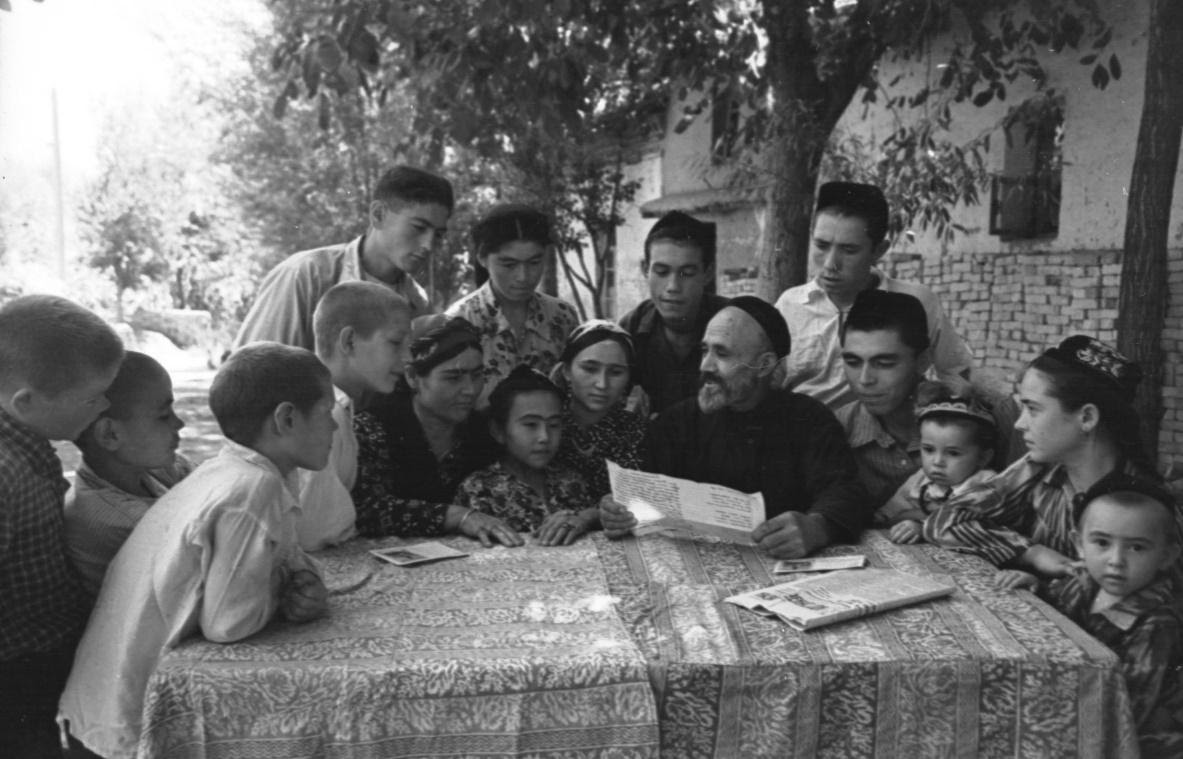 Frances Saddington has recently completed a PhD on the early Soviet picture book in the School of History at the University of East Anglia (Norwich, UK).

On a golden September afternoon in St. Petersburg, I found myself walking around the Leningradskii zoopark. I was in Russia to research early Soviet picture books, my brain was preoccupied with vivid images of Pioneer troops and racing locomotives, along with cannibal pirates and other fairy-tale characters. As I wandered past the farm animals and aviaries full of exotic birds, I let myself imagine what the zoo might have been like a century earlier, when the authors and illustrators I was studying might have visited.

I stopped short when I reached the big cats, realizing that a pride of bored, sleepy lions in a small, rusting cage looked just like an illustration in one of my favorite picture books. It was as though time had stood still and they had been here since 1928, waiting for me to turn up and take their photograph.

Many Beasts (Mnogo zverei) was written by poet Aleksandr Vvedenskii (1904-1941) and illustrated by the artist Vera Ermolaeva (1893-1937). An unusually subversive piece of verse for a children’s book, it told the tale of a trip to the zoo where foxes and seals greet the visitor cheerfully, but many of the other residents are deeply unhappy. Vvedenskii imagines that the camel would rather be in the desert, and an eagle sits on a stone all day feeling fed up because he is unable to fly. The parrots can talk, but they simply screech nonsense that nobody understands, while only the flies have any freedom, so they buzz around and mock the captive creatures.

Vvedenskii and Ermolaeva were important members of the Leningrad School of children’s authors and illustrators, who produced some of the most stylish picture books of the era. Ermolaeva was an incredibly gifted painter and illustrator, playing a key role in the early Soviet avant-garde. She was a leading organizer of the Segodniia (Today) collective, which, during the Civil War years, hand printed some of the first children’s picture books of the Soviet era. She also worked collecting advertising sign boards for the Petrograd city museum and was a close colleague of Kazimir Malevich (1879-1935) at the illustrious People’s School of Art in Vitebsk.

Ermolaeva’s work in Many Beasts is typical of her idiosyncratic, painterly approach to book illustration. She drew the animals as flat, slightly abstracted figures in earthy shades, which matched the unsettled tone of the poem. Her big cats are full of natural character, with the bored-looking lion and snarling puma fairly bristling on the page. The lion in the photograph that I took was bathed in the same golden light as the book illustration and stuck in a small, bare cage with several other animals. It had gone past the point of boredom and fallen fast asleep. 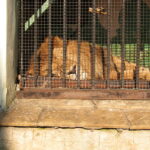 Lion asleep in his cage at Leningradskii Zoopark, September 2018. Source: the author. 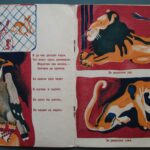 A month after my excursion to the Leningradskii zoopark, I spent a chilly autumn day at the Moscow Zoo, a place equally full of picture book heritage. Boris Pasternak (1890-1960) must have been inspired by it when he wrote his poem The Menagerie (Zverinets), published as a picture book in 1928 with illustrations by Nikolai Kupreianov (1894-1933).

Pasternak’s zoo is a fascinating, almost mysterious place. The pond near the ticket kiosk shines silver in the wind and the roar of a growling puma echoes through the park. Bears hold conversations with visiting children, while the lioness paces up and down in meticulously measured steps behind the iron bars. A young Nile crocodile looks tiny, but will grow up to become far more terrible. The visitor is stunned by a fanned-out peacock’s tail, which looks like the night sky with fountains of falling stars.

On my own route around the park, I looked for tiny clues that would let my imagination recreate the zoo of the 1920s or early 1930s. Many things remain the same, including the huge pond near the entrance, the pony riding circle, and many of the enclosures in the zoo’s “new territory,” which was built in the late 1920s, across the road from the original site.

The most fascinating section of the new territory is Animal Island, a rocky edifice built to house large predators, surrounded by a moat to keep visitors safe. It is still inhabited by lions and other large creatures and retains its fascination for amateur zoologists of all ages. On the day I was there, grandmothers pushing prams stopped at the railings to let bundled-up toddlers peer at the big cats, who in turn shut their eyes disdainfully with no regard for the enthusiastic onlookers.

The structure was so innovative when it was constructed that it featured in a supplement to Iskorka (Sparkle), an illustrated magazine for pre-schoolers. Children were given printed shapes to cut out, which could then be glued together to make a three-dimensional model of the island. There were also cardboard animal templates, so that the model could be populated with lions, tigers, leopards, and bears, thus becoming a fully functional homemade toy. 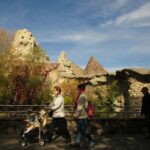 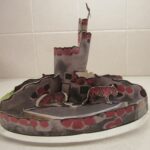 Animal Island has barely changed, but today it is dwarfed by the tall, faded, late-Soviet apartment blocks that dominate the skyline near the zoo. The city is bigger and busier than anyone could have imagined a hundred years ago, but children still love to gaze at the zoo animals, take a pony ride, and buy a balloon to take home. The lions are still haughty, the birds are still noisy, and it would be nice to think that somewhere in the constant stream of visitors there is an artist, sketching ideas for a new picture book that will still be read a hundred years from now. 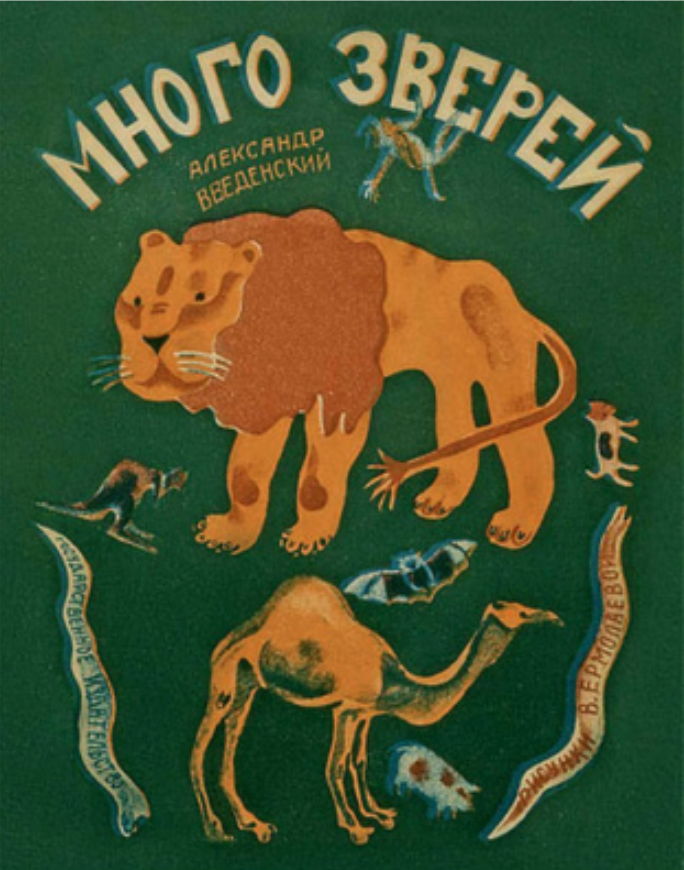 To say that contemporary literature engages with issues of memory may sound banal. In both prose and poetry, memory is everywhere. And when it comes to scholarship, the “memory boom” of the eighties and nineties has definitely not waned. It’s no coincidence that one of the most famous quotes from the poetry of Louise Glück is “We look at the world once, in childhood. The rest is memory.” 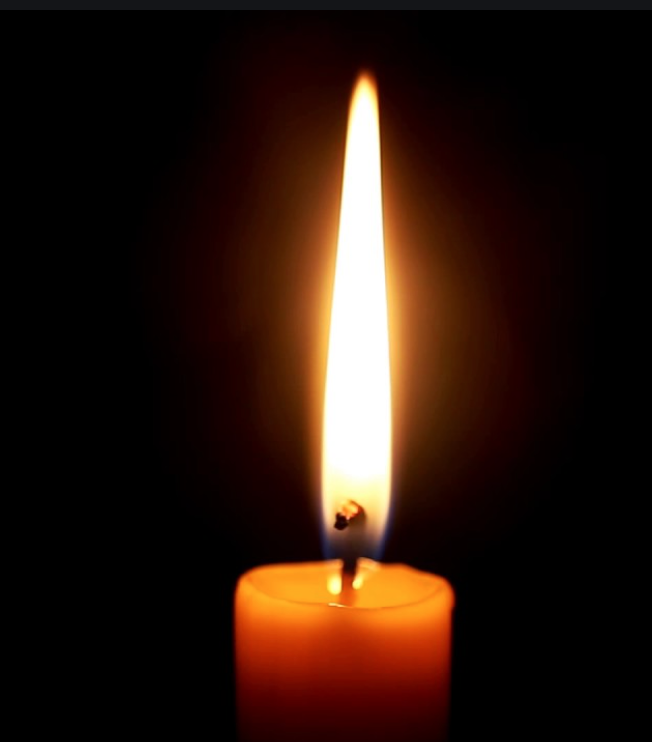 When university students are first introduced to the discipline of history, it is often as a practice of grand narratives – the surveying and engineering of broad explanatory models about the past. But what space do we give in the classroom to more minute critical labors – siftings through the debris of the Russian, East European, and Eurasian centuries; the historian as collector, or humble ragpicker?

For the majority of listeners, Andrei Tarkovsky’s film “Stalker” (1979) is not the first cinematic association that comes to mind when they experience Alfred Schnittke’s “Concerto Grosso no.1” (1977). (The music in Stalker was composed by Eduard Artemyev.) Yet in his book, “Alfred Schnittke’s Concerto Grosso no.1,” Peter Schmelz suggests that Stalker’s themes of time’s fluidity, nostalgia and hope are enacted in the piece.

In his first personal Instagram post since his poisoning, a dazed Navalny sits up in his hospital bed, surrounded by smiling family. He is hunched, his collarbone and ribs visible beneath his gown. This confused man with raised brows recalled Repin’s 1884 portrait of Vsevolod Garshin, a writer who was famously depressed. Even while sitting for his friend Repin, Garshin appears viscerally alone. Navalny does, too. 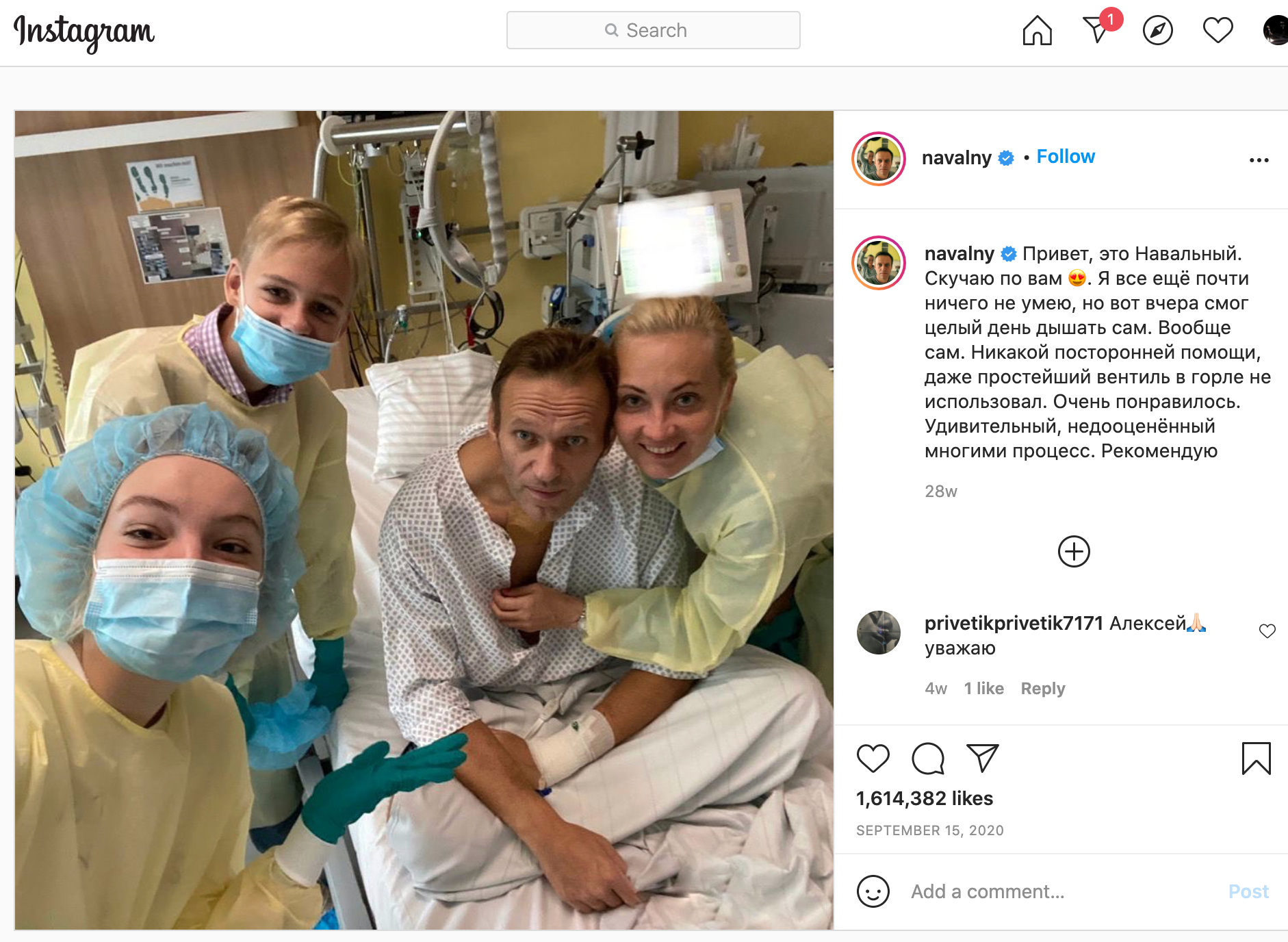 Read more of the "All the Russias" Blog