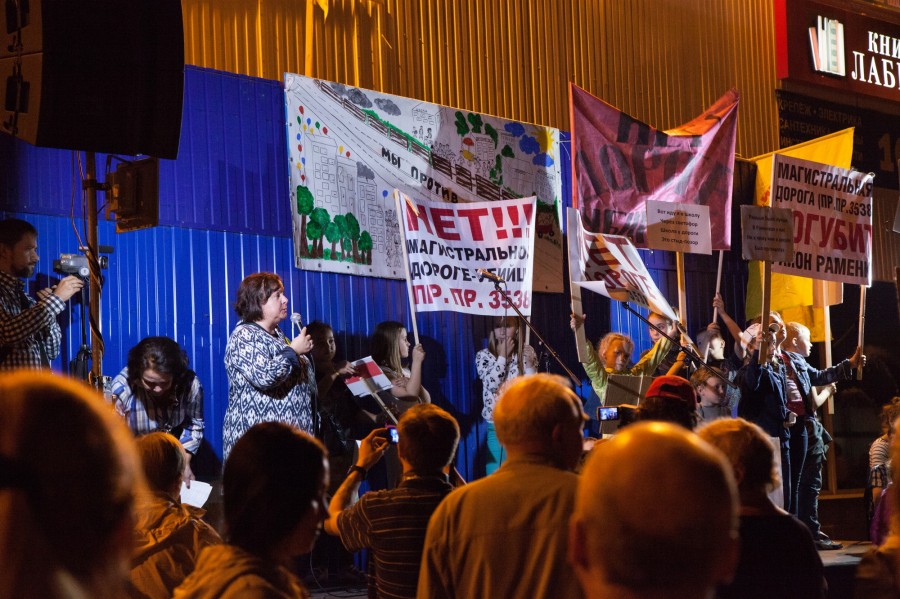 Join us for the another installment of  our new joint lecture series with HSE University! This series will meet at least twice a semester, switching off monthly between speakers based at HSE in Moscow, and speakers based at NYU and other US institutions.

When low-capacity protest campaigns are promised concessions by authoritarian governments, they have little ability to ensure that those commitments are in fact fulfilled. In this talk Jordan Center Postdoc Sasha de Vogel will examine why some concessions to low-capacity campaigns are undermined by reneging. She argues that the state agents who make concessions balance the desire to resolve the given conflict and the desire to avoid making commitments that constrain the behavior of other state actors. Concessions that, if implemented, would only affect the parties to the immediate conflict are more likely to be actually realized, whereas concessions that create more enduring reforms are more likely to be affected by reneging. She finds support for this argument using a novel dataset of urban protest campaigns in Moscow, Russia, from 2013-2018. She also shows that low-capacity campaigns can reduce the likelihood of reneging by decreasing the incidence of protest, the size of this effect is minimal.

Sasha de Vogel is a post-doctoral fellow at New York University’s Jordan Center for the Advanced Study of Russia. Her research focuses on the politics of authoritarian regimes and collective action, particularly in Russia and the post-Soviet region. She received her PhD in Political Science from the University of Michigan in 2021, and holds an MA in Russian, Eastern European and Eurasian Studies from Columbia University.

Join us for the first event in our new joint lecture series with HSE University! This new series will meet at least twice a semester, switching off monthly between speakers based at HSE in Moscow, and speakers based at NYU and other US institutions.

When are citizens willing to give up civil rights to enable governments to deal with large-scale emergencies in non-democracies? Existing work suggests that individuals accept intrusive government surveillance when governments can credibly frame them as temporary responses to actual emergencies. Such work has largely focused on democracies, where institutions constrain government abuse. Weak political competition in non-democracies problematizes the ability of governments to make credible commitments, however. On the one hand, as competition declines and avenues for redress decrease, individuals should be less supportive of intrusive emergency measures and more skeptical of their justifications. On the other hand, this skepticism may be tempered by the extent that individuals have been exposed to and fear the emergencies measures address. Professor Marques and co-authors test these arguments using an original vignette experiment that manipulates the type of emergency intrusive measures address (terrorism vs. an epidemic) and their duration to explore both their credibility and support for them. They embed this experiment on a survey of 16,250 respondents across 60 Russian regions, allowing us to take advantage of substantial cross-regional variation in political competition and exposure to both terrorism and COVID-19. Their findings provide important insights into the logic of authoritarian responses to public safety threats and public opinion about them in non-democracies.

Israel Marques II is an assistant professor in the School of Politics and Governance at the National Research University – Higher School of Economics in Moscow, Russia and a research fellow at the International Center for the Study of Institutions and Development, an international laboratory at the HSE University. His work focuses on the political economy of service provision and public opinion in middle-income countries, with a focus on non-democracies. He received his Ph.D from Columbia University in 2016 and currently lives with his wife and children in Moscow, Russia.