The 1917 Anniversary: Understanding or Conciliation? 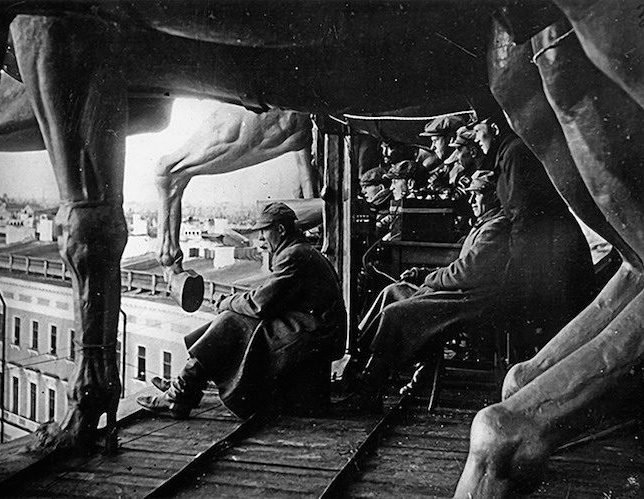 On November 4th, 2016 please join us for “The 1917 Anniversary: Understanding or Conciliation?” featuring Ilya Budraitskis. The event is part of the Occasional series, sponsored by the Jordan Center for the Advanced Study of Russia.

The coming anniversary of Russian Revolution occupies an important place in Kremlin’s historical politics. The official rhetorics of national conciliation aims to cover the great ruptures in Russian history and present uncontroversial continuity between pre-revolutionary and Soviet times. At the same time, the need for decommunization has become an even more important topic among the liberal opposition. How do the debates over the legacy of 1917 relate to the main social and political contradictions of today’s Russia? Could the event of the revolution be overcome as an already past?

Ilya Budraitskis is a historian, political writer and art curator. He is a member of Editorial board of “Moscow Art Magazine”, Openleft.ru and LeftEast. Budraitskis served as co-editor (together with Ekaterina Degot and Marta Dziewanska) and author of the book “Post-post-Soviet? Art, politics and society in Russia in the turn of the decade” (Chicago University Press, 2013). He is also co-editor (together with Arseniy Zhilyaev) and author of the book “Pedagogical poem”, Marsilio publishers, 2014.

Image from Witte de With Center for Contemporary Art