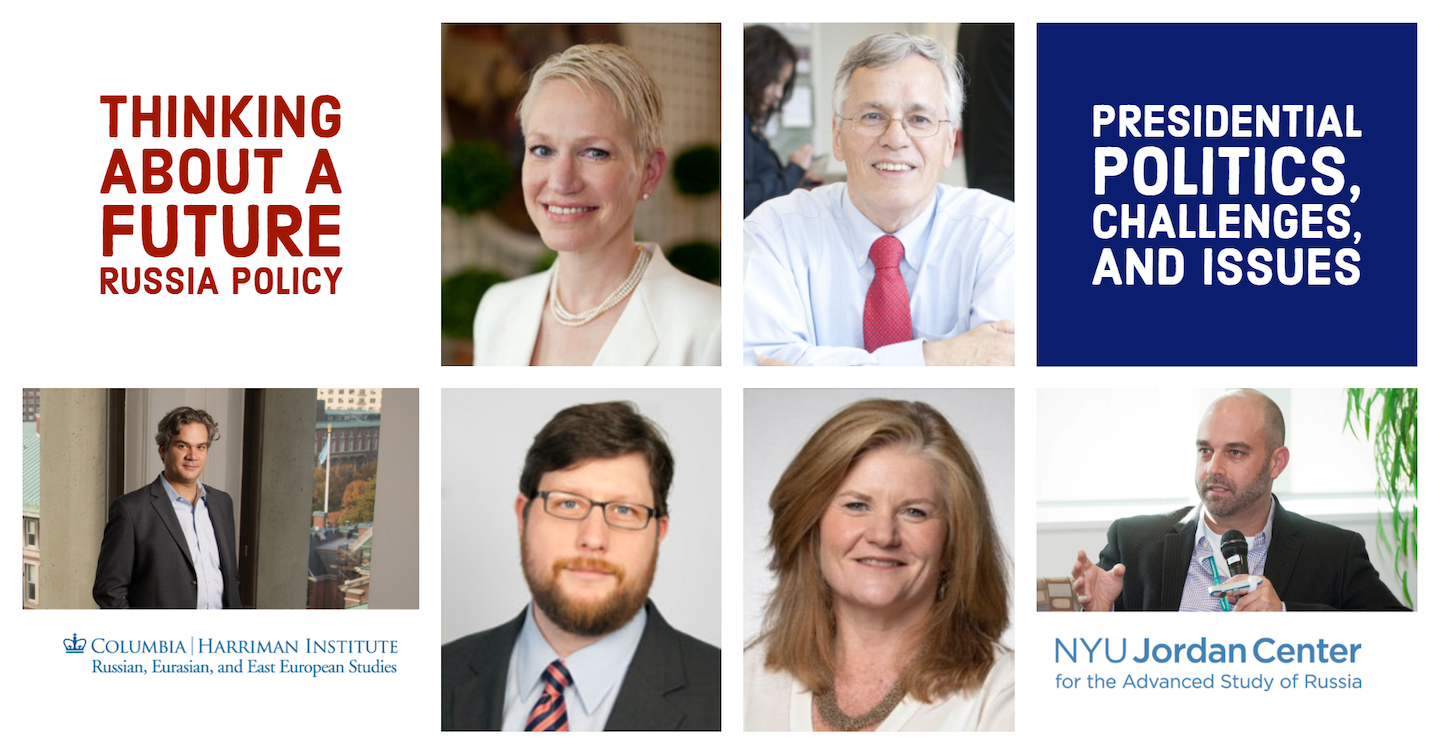 Join us for the first meeting of the 2019-2020 New York Russia Public Policy Seminar, a forum co-hosted by the Harriman Institute and New York University’s Jordan Center for the Advanced Study of Russia, as we examine how U.S. foreign policy towards Russia is likely to be approached by a future Democratic administration. The Trump administration has pursued a number of policies that have directly involved or had ramifications for U.S. relations with Russia, including U.S. withdrawal from the INF Treaty, withdrawal from Syria, Ukrainian military sales and alleged political interference, as well as further expanding the sanctions regime against Russia. Our panel will include current policy advisers to leading Democratic Primary candidates, as well as former political appointees with extensive experience with Russian relations. This event is supported by a grant from the Carnegie Corporation of New York. It is part of our Russian Studies & Policy event series.

Registration for this event is required. Register here!