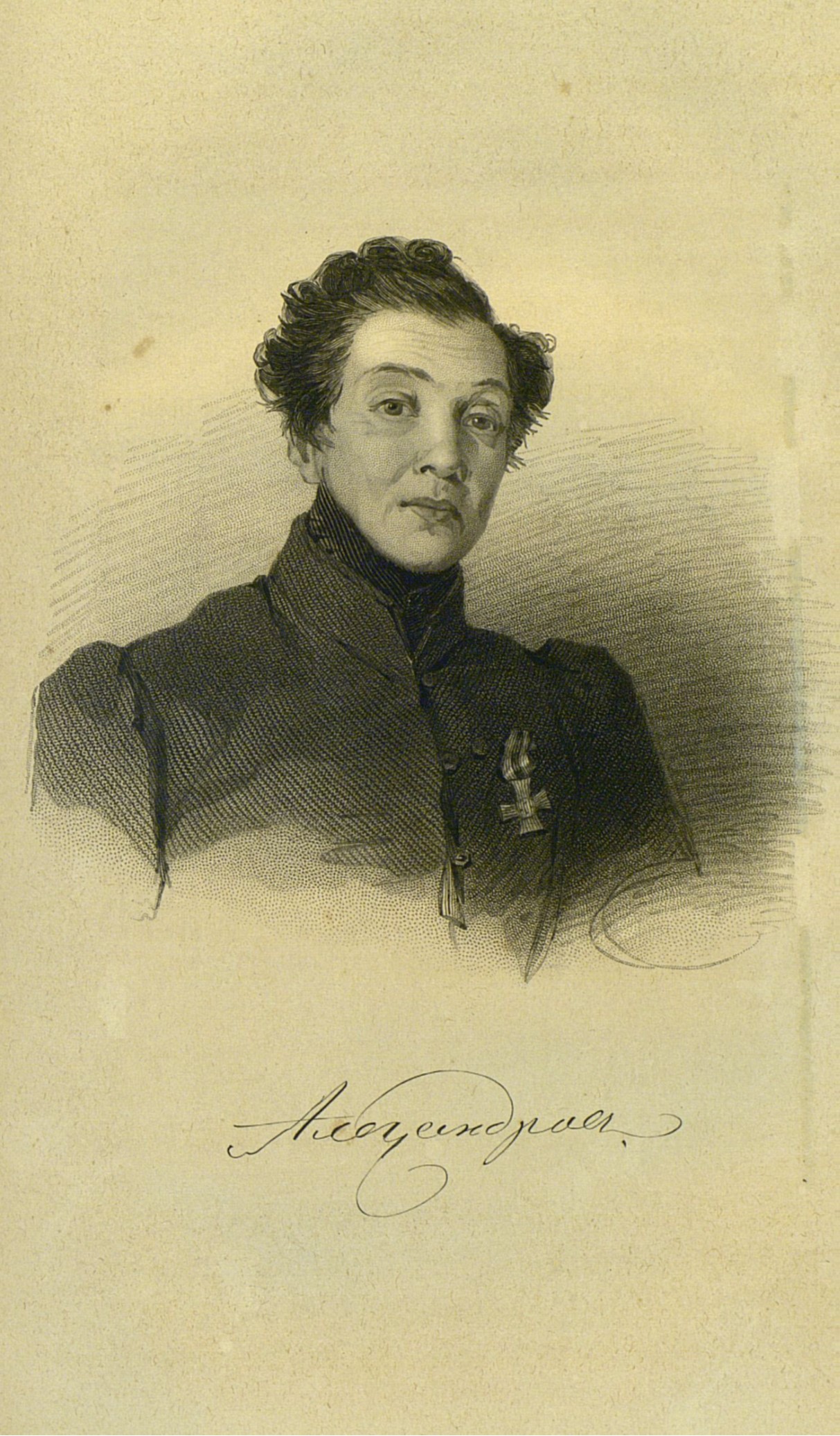 In Russia, the nineteenth-century writer Nadezhda Durova (1783-1866) is well-known as a cross-dressing ‘Cavalry Maiden’, a young noble woman who in 1806 left her home in provincial Russia and served, under the name Aleksandrov, as a cavalry officer during the Napoleonic wars. Outside of Russia, there has been in the last decade a sustained interest in Nadezhda Durova/Aleksandr Aleksandrov as one of the very few canonical genderqueer figures in Russian literary history who have left first-hand accounts of their lived experience. In this talk, Professor Margarita Vaysman will discuss the surprising convergences between these two approaches to Durova/Aleksandrov’s legacy, and suggest a new inclusive and historically informed framework which can help us do justice to their literary work and complex biography.