A Discussion with Peter Gatrell 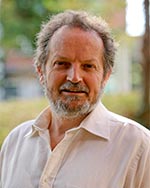 Join us for a research discussion with Peter Gatrell

Gatrell teaches at the University of Manchester where he is Professor of Economic History and a member of the Humanitarian and Conflict Research Institute. He has written extensively on Russian economic history and the history of war and population displacement in the twentieth century. His books include A Whole Empire Walking: Refugees in Russia during World War 1, Indiana University Press, 1999. His most recent books are Free World? The Campaign to Save the World’s Refugees, 1956-1963, Cambridge University Press, 2011, and The Making of the Modern Refugee, Oxford University Press, 2013. He is on the editorial board of Kritika: Explorations in Russian and Eurasian History and currently serves as chair of the panel for Area Studies in the UK Research Excellence Framework.

Gatrell’s research and teaching interests fall into two broad categories: population displacement in world history and the history of modern Europe. These twin interests are also brought together in his commitment to the cultural history of modern war.