A Trial Against Racial Hatred: White Chauvinism and International Communism (with Sean Guillory) 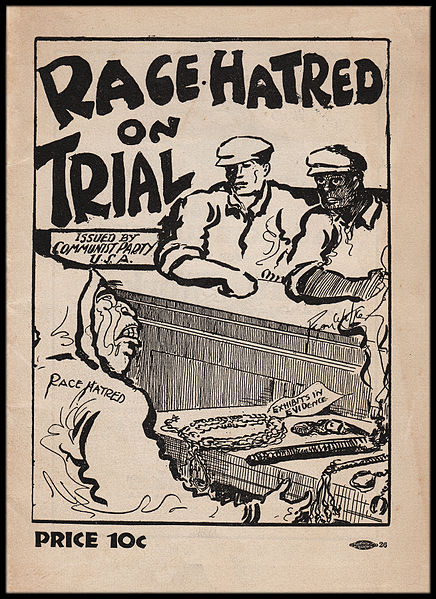 Join us for a joint event with Yale University’s Program in Russian, East European, and Eurasian Studies.

On 1 March 1931, the American Communist Party held a show trial in Harlem where over 2,000 attendees witnessed the conviction of August Yokinen, a Finnish immigrant and CP member, for “white chauvinism.” The trial was unprecedented. The Communist Party usually dealt with expulsions internally. That a white man was “convicted” for racism in the United States became a media spectacle. Moreover, the day after his expulsion, Yokinen was arrested by the US Government, which prompted the CP to mobilize against his deportation back to Finland. So why did the Communist Party make an example of Yokinen? And how was the Party’s stand against “white chauvinism” connected to wider currents within the Communist International and Soviet antiracism?

This talk will discuss the Yokinen Trial to shed light on attempts to address racism within the American Communist Party, the politics around the “Negro Question” in the Comintern, and how the fallout of the Yokinen’s case even found its way to the Supreme Court of the United States.

Sean Guillory is the host of the SRB Podcast and Digital Scholarship Curator in the Center for Russian, East European, and Eurasian Studies at the University of Pittsburgh.