Stalin and the Struggle for Supremacy in Eurasia 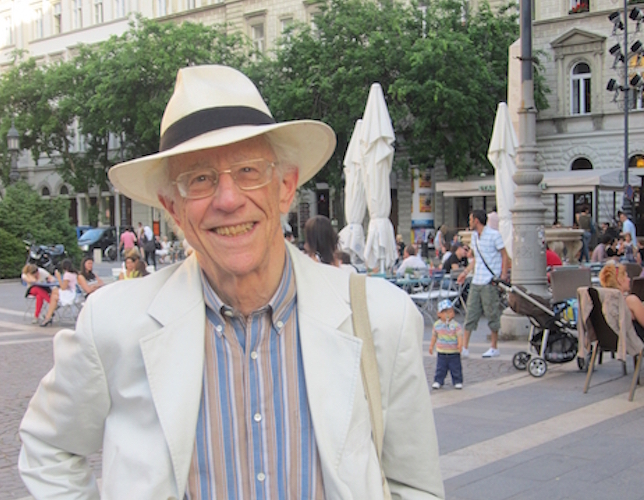 On March 28, 2016, please join us for a lecture by Alfred J. Rieber from the Central European University (CEU) in Budapest. Rieber will be speaking on “Stalin and the Struggle for Supremacy in Eurasia”, with comments by Stephen Kotkin, Princeton University.

This event will summarize the main theses of Rieber’s recently published book, Stalin and the Struggle for Supremacy in Eurasia. Conceived as a sequel to his previous work, The Struggle for the Eurasian Borderlands, it radically shifts the focus away from a comparison of five multi-cultural, dynastic, conquest empires (Romanov, Habsburg, Ottoman, Safavid-Qajar and Qing) competing for hegemony in Eurasia to the Soviet Union, the central player in the renewal of that contest in the first half of the twentieth century. Many of the issues remain the same, but the cast of characters has changed. The Soviet Union was heir to much of the territory of the Russian Empire and many of its problems both foreign and domestic flowed from that hard won inheritance. But its response was radically different. Its new leaders were engaged in transforming its foreign policy as part of re-building of a multi-national state. From the outset they were obliged to enter into complex and often contradictory relations with a ring of smaller and weaker successor states, constituting the new borderlands, which had replaced the rival empires all along their frontiers. In many cases these borderland states were allies or clients of the major powers and perceived by the Soviet government as hostile or threatening.

Rieber proposes a study of how the Soviet leaders, and primarily Stalin, sought to combine the twin processes of transforming the state and its relations with the external world within the context of a renewed struggle over the borderlands. In constructing a new foreign policy, the leadership of the Soviet state and Communist Party faced in more aggravated form a set of persistent factors with which their predecessors had grappled, constituting a dynamic interplay among geography, demography and culture in the long term process of state building in Eurasia. In particular, Stalin responded to the challenges posed by the persistent factors in Russian foreign policy as a Marxist revolutionary of the borderlands. Rieber argues that Stalin’s Weltanschauung was shaped by two powerful existential and intellectual influences, his early life experiences growing up in the Georgian cultural milieu and his evolution as a professional Marxist revolutionary.

Rieber has been teaching and writing about Russian and Soviet history for more than 50 years. He was a participant in the first year of the Soviet-American cultural exchange in 1958-59 and has returned to the Soviet Union and Russia many times to lecture and conduct archival research. He began teaching at Northwestern and then moved to the University of Pennsylvania where he taught for 25 years, chairing the History Department for ten years, and now holding the title of Professor Emeritus. For the past 20 years Rieber has taught at the Central European University (CEU) in Budapest, Hungary where he was also chair of the History Department for four years, now serving as University Professor Emeritus. Rieber has been a visiting professor at the University of Chicago and Columbia University. In 1966 he was awarded the E.Harris Harbison Prize as one of the ten best teachers in the U.S. by the Danforth Foundation. He has won additional teaching awards at Penn and the CEU. Rieber has written and edited nine books in Russian and Soviet History as well as numerous articles and book chapters. Among his books are Stalin and the French Communist Party, 1941-1947; The Politics of Autocracy; Merchants and Entrepreneurs in Imperial Russia; Perestroika at the Crossroads; Forced Migration in Central and Eastern  Europe, 1939-1950, Imperial Rule. Among his many research grants are fellowships from the Ford Foundation, Guggenheim Foundation National Endowment for the Humanities, National Council for Eurasian and East European Research, and Woodrow Wilson National Foundation. Rieber has lectured widely in the U.S. and Europe, most recently at Oxford, Cambridge, the University of London (SEES), University of L’viv,  Mohyla Academy in Kiev, University of Bucharest, Sofia University, the Free University of Berlin, University of Ulan-Ude and European University in St. Petersburg. His most recent scholarly books are Struggle for the Eurasian Borderlands. From the Rise of Early Empires to the End of the First World War  (2014) and Stalin and The Struggle for Supremacy in Eurasia (2015 both with Cambridge University Press. Rieber is also the author of three historical detective novels, To Kill a Tsar, The Kiev Killings and Siberian Secrets all published by New Academia Press.

This event is co-sponsored by the NYU Department of History