Are Populists Changing World Politics? A Workshop on Populism and Foreign Policy 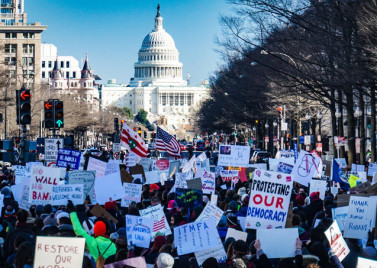 Join us for “Are Populists Changing World Politics? A Workshop on Populism and Foreign Policy”, co-hosted by the NYU Jordan Center for the Advanced Study of Russia and the NYU Center for European and Mediterranean Studies (CEMS), and organized by Jordan Center Visiting Scholar Dr. Emily Holland and CEMS Faculty Fellow Dr. Hadas Aron.

Populists mobilize against elites, protest against globalism, and employ belligerent rhetoric. As a result, academic and popular media associate populist leaders with international belligerence, a shift in networks towards other populist states, and protectionist economic measures. This workshop aims to bring together leading scholars of populism and foreign policy to discuss the impact the rise of populism has had on international relations, the role of individual populist leaders, and the role of Russia as an ideological model of leadership for populists. Click here to access the workshop agenda.

Maria Snegovaya, Postdoctoral Fellow at the Kellogg Center for Philosophy, Politics, and Economics at Virginia Tech and Visiting Scholar at the Institute for European, Russian, and Eurasian Studies at George Washington University

Populists mobilize against elites, protest against globalism, and employ belligerent rhetoric. As a result, academic and popular media associate populist leaders with international belligerence, a shift in networks towards other populist states, and protectionist economic measures. We argue that European radical right populists (RRP) in government do not change a state’s perception of the best policies to promote core interests of security and prosperity, and thus European states will not significantly change their foreign policy behavior under populist governance. Two mechanisms are responsible for this outcome. First, security and prosperity are achieved through interdependence, making changes to states’ international policies costly. Second, populism is an inward-focused thin ideology that does not have prescribed foreign policies. We test our theory on paired cases of populist and non-populist led states; and on a pair of similar populist-led states that differ in their strategic interests. We find that populist and non-populist states that share socio-economic and geo-political characteristics have remarkably similar security and economic foreign policy outcomes. Moreover, in similar populist governments, foreign policy outcomes differ dramatically where strategic goals differ.

“What Does Populism Mean for Foreign Policy?”
Author: Angelos Chryssogelos

This paper, co-authored by Kirk Hawkins (Brigham Young University) and Bruno Castanho Silva (University of Cologne), presents the results of a holistically coded database of speeches from 127 leader terms across Europe and North America from 1998 to present to assess whether populism and nationalism have, as commonly believed, increased over the past twenty years. We find that any secular increase is concentrated in Eastern Europe and only in particular countries, suggesting that western leaders have not used markedly more populist or nationalist rhetoric today than in the past.

In this paper I compile a dataset of pro-Russian parties in the European Union and show that Russia-sympathizers are found across different (left and right) party families. I also demonstrate that supporters of these parties across different party families show stronger Eurosceptic attitudes than the electorates of mainstream parties. This finding explains the endorsement of narratives and policies indirectly favorable to the Kremlin by political actors whose electorates harbor Eurosceptic sympathies. It also sheds some light on the opportunistic rather than ideological nature of Russia’s influence operations in the European Union, which exploit opportunities presented in respective regions. In other words, these parties are the Kremlin’s fellow travelers.

In this paper, we argue that member states are often reticent to share scientific information — which is necessary for global responses to many health and environmental challenges — with international organizations when they are led by a populist. We suggest that these leaders possess both the motivation and the means to withhold this information due to its “elitist” characterization.