An Artist on the Move: Vasilii Vasilievich Vereshchagin and Russian Humanitarianism in the Second Half of the Nineteenth Century 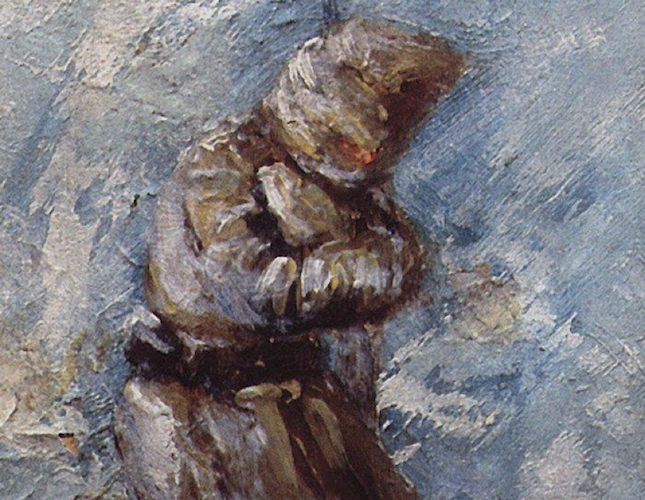 On February 10th, 2017 please join us for “An Artist on the Move: Vasilii Vasilievich Vereshchagin and Russian Humanitarianism in the Second Half of the Nineteenth Century,” featuring Ada Dialla of the School of Fine Arts (Athens, Greece). The event is part of the Occasional series, sponsored by the Jordan Center for the Advanced Study of Russia and co-sponsored by the NYU Department of Art History.

During the latter part of the “age of imperial humanitarianism” (Michael Barnett) the ethics of care in conjunction with the self image of being a civilized state resulted in the elaboration of humanitarian values and humanitarian activity in Russia. We witness the activity abroad of the Russian Red Cross, the works and pronouncements of leading literary figures, such as Dostoevsky, Tolstoy, Turgenev or Garshin, or influential works of art, such as by V. V. Vereshchagin, as well as the role of the press, volunteers, personnel involved in humanitarian aid and initiatives taken by international networks involved with humanitarian assistance. The aim of Dialla’s presentation is to focus on the eminent artist V.V. Vereshchagin and to examine his career and professional mobility around the world in connection with the emergence of humanitarian discourses in Russia during this period. By following his  extraordinary traveling and his professional networks she intends to shed light on the transnational and transcontinental dimensions of the rise of Russian humanitarianism.

Dr. Ada Dialla is Associate Professor of European History at the Department of Theory and History of Art, School of Fine Arts (Athens, Greece). and also teaches European history at the Greek Open University. She had previously taught 19th century European, Russian and Eastern European history at the universities of Crete and Thessaly (Greece). From 2005 until 2009 she was director of the Historical Archives of the University of Athens. Her main research interests are 19th century Russian and Eastern European and European history and politics (with emphasis on transnational history), empire, nationalism, humanitarianism, Russian-Greek Relations, Soviet and Russian history of historiography. Her recent book is entitled Humanitarian Intervention in the Long Nineteenth Century. Setting the Precedent, co-authored  with A. Heraclides (Manchester: Manchester University Press, 2015).

This event is co-sponsored by the NYU Department of Art History.

Image: Vasilii Vasilievich Vereshchagin, “At Shipka All Is Quiet …”

Click here for a recap of the event!
Link to event video