Back to the Future in Afghanistan? Prospects for U.S. – Russia Cooperation in a Time of Regional Uncertainty 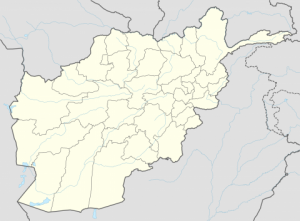 Support for this event was provided by a grant from the Carnegie Corporation of New York.

The Trump Administration’s announcement that it would increase the US troop presence in Afghanistan signals a new force-based approach to solving the conflict. In recent years, Russia has actively engaged with the Afghanistan issue, sponsoring regional conferences and peace talks, while Russian Foreign Minister Sergei Lavrov commented that the Trump Administration’s new strategy is a “dead end.”

How are Washington and Moscow now approaching the promotion of peace and stability in the region and what are their underlying assumptions and constraints? How does each country approach questions of a negotiated political settlement and broader regional diplomacy? Is there a danger of a proxy conflict emerging between the Untied States and Russia in Afghanistan and more broadly across Central Asia? Please join us for a discussion with leading Afghanistan experts from both Russia and the United States.

Barnett R. Rubin is a Senior Fellow and Associate Director of the Center on International Cooperation at New York University, where he directs the Afghanistan-Pakistan Regional Program. From 2009-2013 Dr. Rubin was the Senior Adviser to the Special Representative for Afghanistan and Pakistan in the U.S. Department of State. In 2001 Rubin served as special advisor to the UN Special Representative of the Secretary-General for Afghanistan, during the negotiations that produced the Bonn Agreement. He subsequently advised the United Nations Assistance Mission in Afghanistan on the drafting of the constitution of Afghanistan, the Afghanistan Compact, and the Afghanistan National Development Strategy. Dr. Rubin has written numerous articles, book reviews, and books on Afghanistan, South and Central Asia, U.S. foreign policy, conflict prevention, state formation, and human rights. He is most recently the author of Afghanistan from the Cold War through the War on Terror (Oxford University Press, 2013).

Dipali Mukhopadhyay teaches international security at Columbia’s School of International and Public Affairs, where she is a faculty affiliate of the Saltzman Institute of War and Peace Studies. She recently published the book Warlords, Strongman Governors and State Building in Afghanistan (Cambridge, 2014). Prior to joining Columbia’s faculty, Mukhopadhyay spent 2011 as a post-doctoral fellow at Princeton University. Her current work on Afghanistan builds on her first book with a study of palace politics during the Karzai presidency. She also has two projects underway on the Syrian civil war related to Western engagement with the opposition and rebel governance. She is a term member at the Council on Foreign Relations.