“Cloud in Pants:” A Video-Poem by Vladimir Mayakovsky in Russian and English (with Vadim Astrakhan) 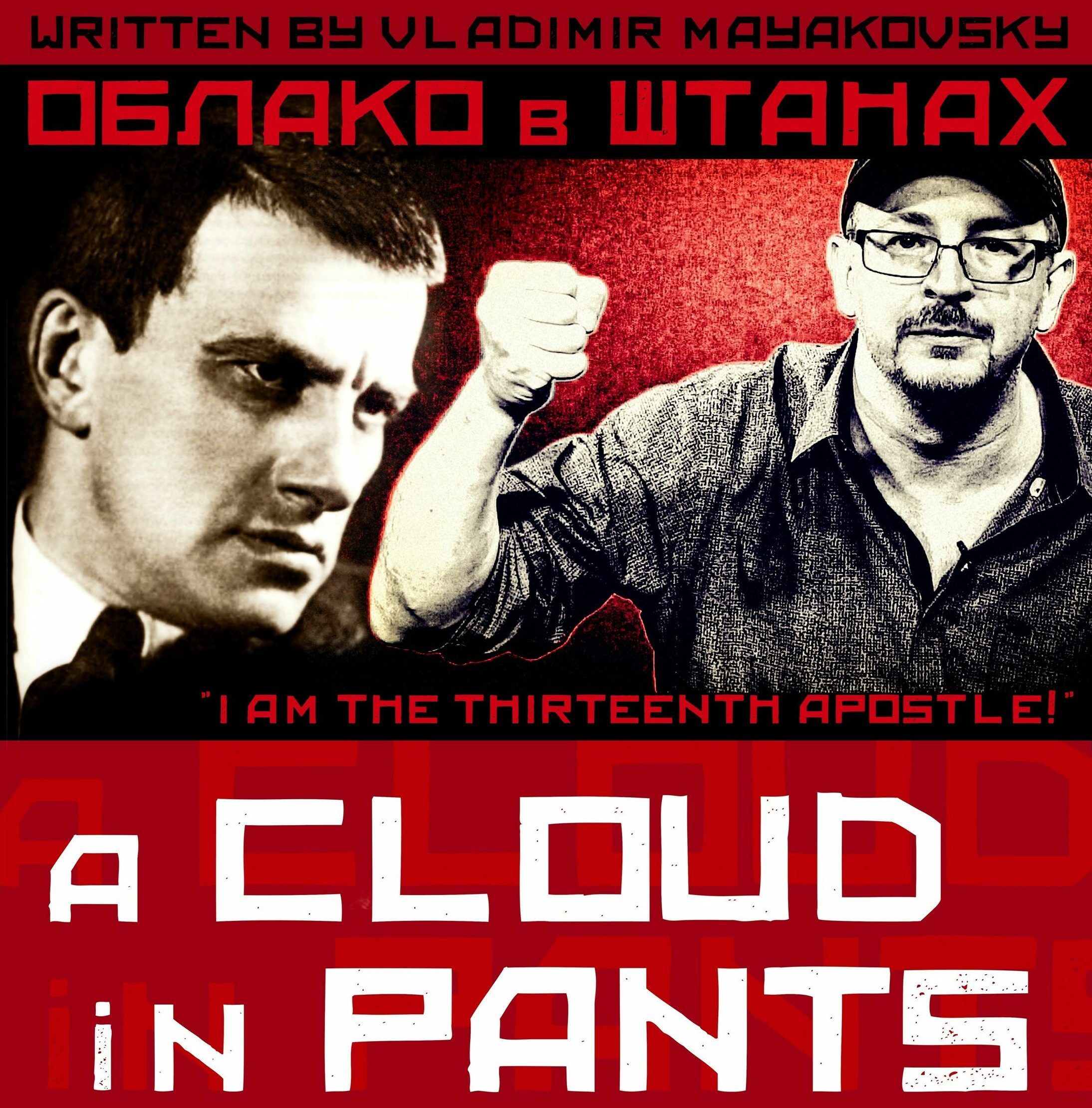 In 1915 Vladimir Mayakovsky shocked the Russian poetry scene with his epic poem “Cloud in Pants.” One hundred years later Vadim Astrakhan has not only translated the poem into English in his trademark “modernizing / universalizing” fashion, but also put it on film.  In this film he recites the poem in both Russian and English against a vibrant and unique visual background that conveys the spirit of the Russian Avant-garde.

Vadim Astrakhan is a translator and performer from New Jersey.  He is known for his “Vysotsky in English” project, for which he produced English translations of four full length Vladimir Vysotsky albums and played over 80 shows worldwide, including at Stanford, MIT, Carnegie-Mellon, and here at NYU in March of 2016.  Most recently, however, he has expanded his translating projects to other poets.  His translation of Mayakovsky’s “Brooklyn Bridge” was included in the curriculum of a Russian literature course at Penn State University.  He has also recently moved on to film as a medium for his work.