Kompromat: What it is, and what it means for US-Russia relations 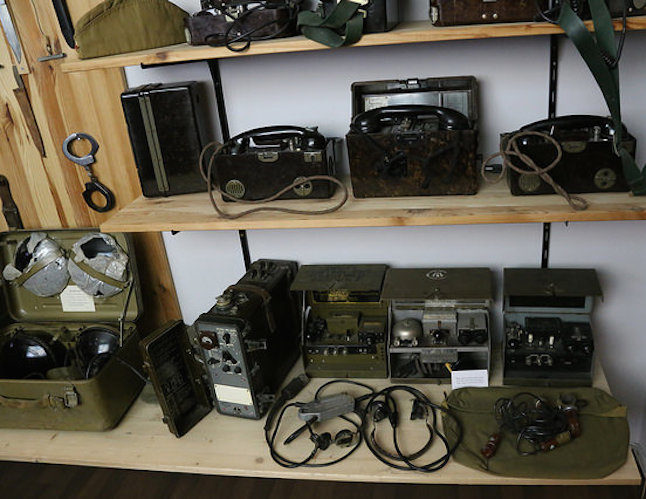 The Harriman Institute of Columbia University and New York University’s Jordan Center are pleased to announce the second event of the New York Russia Public Policy Seminar entitled “Kompromat: What it is, and what it means for US-Russia relations” featuring panelists Keith Darden, Miriam Elder, and Katy Pearce. The joint initiative, supported by the Carnegie Corporation of New York, establishes a regular forum for academics and professionals in New York city to engage with pressing issues informing U.S.-Russia relations. The sessions seek to bring innovative and impactful scholarship and analysis to bear on key trends and related policy questions and to create an informed network for open dialogue and debate.

On January 10, 2017, BuzzFeed News made the decision to publish online a dossier alleging deep ties between newly elected US President Donald Trump and Russia. Among allegations contained in what would come to be known as the Steele Memo, was the potentially explosive claim that Russia possessed “compromising information” on Trump.  And just like that, Kompromat entered the English language.

Of course, scholars of Russian and Post-Soviet politics have been long been aware of Kompromat and its many uses. On April 27, we will welcome two of the foremost scholarly experts on the subject, Professors Keith Darden (American University) and Katy Pearce (University of Washington).  They will be joined by Miriam Elder, the longtime Moscow Bureau Chief for the Guardian and current BuzzFeed News’ World Editor, who was one of the co-authors on the piece that announced BuzzFeed’s publication of the Steele Memo.

Among other topics, our panelists will address the history of Kompromat in both the Soviet Union and the post-Soviet successor states, the role it is currently playing in Russian politics, the ways in which in technological changes have impacted Kompromat, as well as the the potential effects of Kompromat on US-Russian relations.

Professor Keith Darden’s research focuses on nationalism, state-building, and the politics of Russia, Ukraine and Eurasia. His forthcoming book, Resisting Occupation in Eurasia (Cambridge University Press), explores the development of durable national loyalties through education and details how they explain over a century of regional patterns in voting, secession, and armed resistance in Ukraine, Eurasia and the world. His award-winning first book, Economic Liberalism and Its Rivals (Cambridge University Press, 2009) explored the formation of international economic institutions among the post-Soviet states, and explained why countries chose to join the Eurasian Customs Union, the WTO, or to eschew participation in any trade institutions. At SIS, Prof. Darden teaches courses in international relations, comparative politics, and the politics of Eurasia. Beyond SIS, Prof. Darden is co-editor of the Cambridge University Press Book Series Problems of International Politics and is actively engaged with Russia and Eurasia though the Bilateral Working Group on US-Russia Relations, PONARS Eurasia, the Valdai Discussion Club, and other forums. His analyses and interviews concerning events in Ukraine have been published in Foreign Affairs, Survival, The New York Times, The Washington Post, The Boston Globe, LeMonde, National Geographic, Russia in Foreign Affairs, the AP and Reuters, and he has been interviewed on CNN, Washington Public Radio’s Kojo Nnamdi Show, Sirius XM radio, CBS, Voice of America, Echo Moscow, and Ukrainian television (Channel 5). His commentary on the US-Russian relationship was recently covered on C-SPAN.

Keith Darden is also writing a short monograph, “Blackmail: A Consumer’s Guide to Kompromat”, and has published on the uses of blackmail for state control among the post-Soviet states.

Miriam Elder is BuzzFeed News’ World Editor and joined the company in July 2013. She is responsible for expanding BuzzFeed News’ coverage of foreign news and policy. Elder leads a team of 17 reporters and editors who are based in North America, Europe, Africa and Asia. Previously, she was the Moscow Bureau Chief for The Guardian where she covered politics, business and culture in Russia and the former Soviet Union. She was the first correspondent to profile the punk protest band Pussy Riot. Elder lived in Moscow for seven years and is fluent in Russian. She previously worked for AFP and the International Herald Tribune in Paris. Her work has appeared in the Sunday Telegraph, the Financial Times, the Independent, the Daily Telegraph, BusinessWeek, the International Herald Tribune, Foreign Policy and The Atlantic. A native New Yorker, she holds a BA from Barnard College, Columbia University and an MA from the Paul H. Nitze School of Advanced International Studies at Johns Hopkins University.

Dr. Katy E. Pearce is Assistant Professor in the Department of Communication at the University of Washington and holds an affiliation with the Ellison Center for Russian, East European and Central Asian Studies. Her research focuses on social and political uses of technologies and digital content in the transitioning democracies and semi-authoritarian states of the South Caucasus and Central Asia, but primarily Armenia and Azerbaijan.

Katy Pearce has written about kompromat in the digital age, including “Democratizing kompromat: The affordances of social media for state-sponsored harassment” in the scholarly journal Information, Communication & Society, as well as in the Washington Post’s Monkey Cage Blog. Her other work considers digital media’s role in both dissent and suppression of dissent in post-Soviet authoritarian states.

This event is co-sponsored by the NYU Remarque Institute and the NYU School of Law.