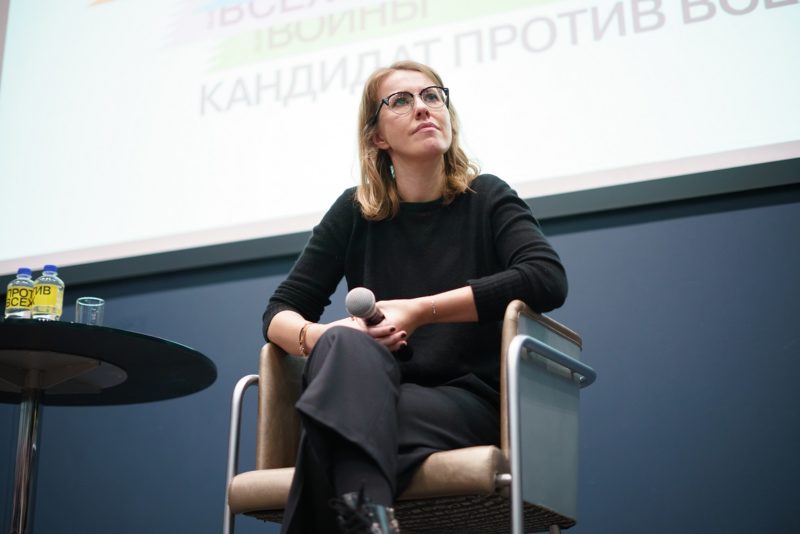 Registration does not guarantee admission and seating will be available on a first come, first seated basis. A photo ID must be presented by each guest at building entrance. Guests who have not registered or who do not have a photo ID will not be admitted. Registration will close at 12:00pm on the day of the event.

Support for this event is provided by a grant from the Carnegie Corporation of New York.

Ksenia Sobchak is the main democratic opposition candidate registered for the upcoming presidential elections in Russia.

Ms. Sobchak is a Russian politician, TV talk show host, journalist, and social activist. As one of the most recognizable faces in Russia, she has been fighting for democratic values and freedom in her country for many years. On October 18, 2017, Sobchak announced her intention to challenge Vladimir Putin by running for President in 2018. The Civil Initiative, a non-parliamentary party, supported her nomination.

Her goal is to make Russia a prosperous country that is respected by the world community. She wants a country governed by the rule of law, where presidents and lawmakers are elected and not appointed over and over again, where courts serve justice and do not punish innocent law-abiding citizens, where the parliament is a truly independent branch of power and not a rubber stamp in the hands of the President, where laws support development of small- and mid-sized businesses rather than suppress them, and where law enforcement agencies actually protect citizens.

Ms. Sobchak’s detractors are trying to focus on some of the past issues that accompanied her work as a reality show host. Ksenia Sobchak comes to Washington to answer any questions that a “Beltway insider” audience might have, and to explain who she is and what she is about in her own words.

Ms. Sobchak is a fluent English speaker and the event will be conducted in English without an interpreter.
Press inquiries should be sent to: