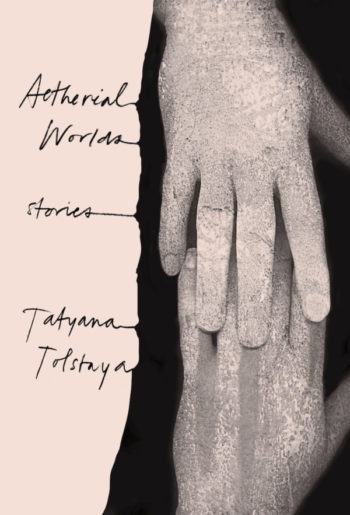 On Tuesday, April 3rd please join us for “AETHERIAL WORLDS: Tatyana Tolstaya in conversation with Maya Vinokour to discuss her latest collection of short stories”.

Knopf is thrilled to be publishing AETHERIAL WORLDS: Stories by Tatyana Tolstaya on March 20th, 2018. This spellbinding collection marks Tolstaya’s return to the Knopf list and is her first to be translated into English in more than twenty years. Widely considered one of modern Russia’s finest writers, Tolstaya is at her best in AETHERIAL WORLDS. These tales about politics, identity, love and loss lay bare universal human truths and transform ordinary realities into miraculous other worlds. A unique blend of humor and poetry, the eighteen stories featured in AETHERIAL WORLDS will dazzle readers with its varied narrative perspectives that include a woman whose deceased father appears in her dreams with clues about the afterlife, a Russian professor in a small American town who constructs elaborate fantasies during her cigarette break, and a man who falls in love with a marble statue.

Tatyana Tolstaya has written for The New York Review of Books and The New Yorker. Five of her books, including her novel The Slynx, have been translated into English. Her first two critically acclaimed collections, On the Golden Porch (1989) and Sleepwalker in a Fog (1992) were the last to be published by Knopf. For twelve years, Tolstaya was the co-host of The School for Scandal, a popular talk show on Russian television covering culture and politics. She is also the co-founder of a creative writing academy in there.

Maya Vinokour is a Faculty Fellow in the Department of Russian and Slavic Studies at New York University.