Dirty Literature: Towards an Ecopoetics of Russian Soil (with Mieka Erley) 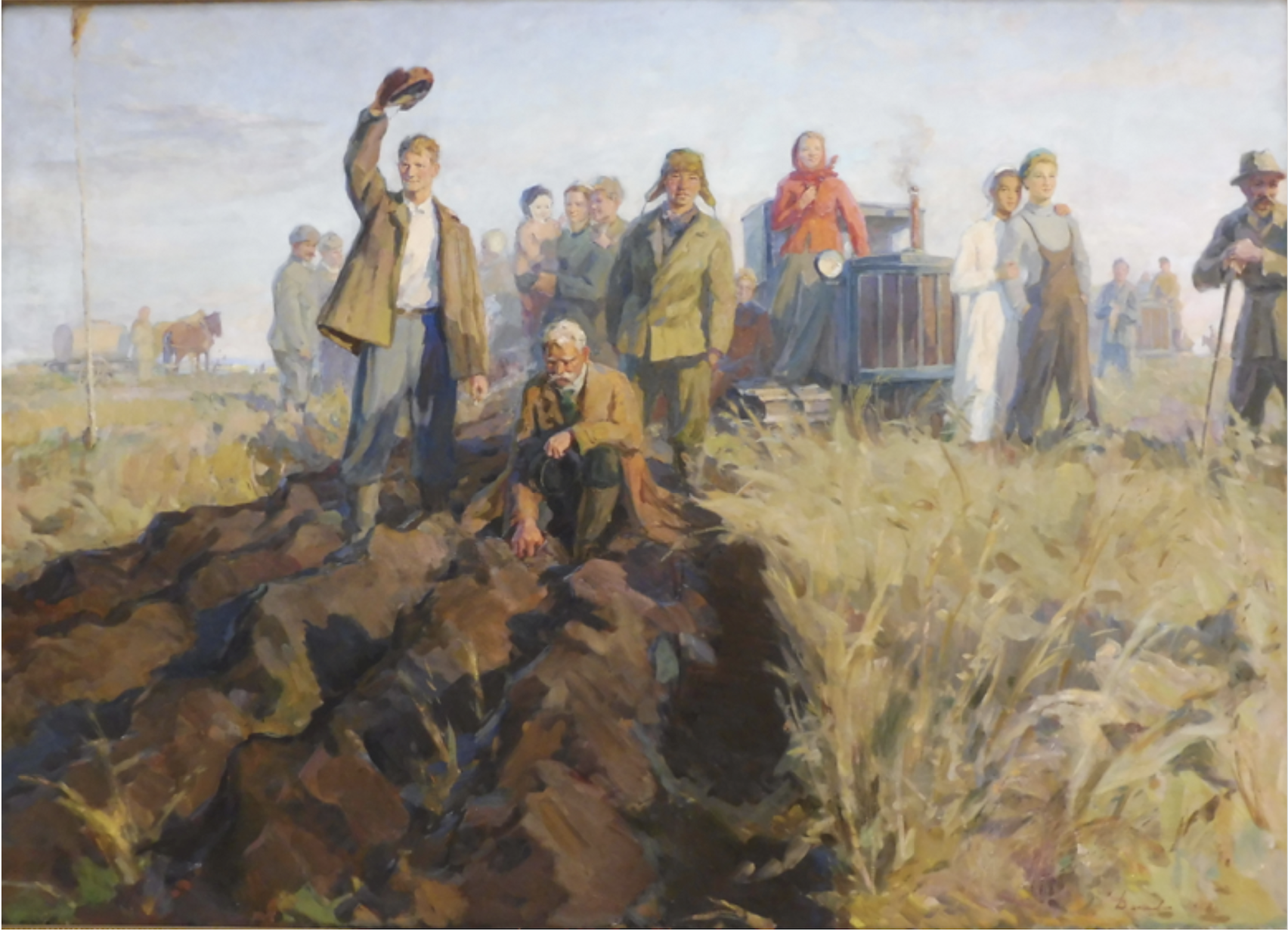 In this talk, Mieka Erley will present selected episodes from her recent book, On Russian Soil: Myth and Materiality. As a whole, the book takes an ecocritical approach to the place of soil in Russian and Soviet culture, considering key moments in the evolving mythology of soil across a century of modernization, colonization, and ecological change. This talk will focus on literary depictions of soil in literature, from 19th-century naturalism to mid-20th-century Virgin Lands literature. Within this tradition of “dirty literature,” Erley will excavate the meaning of three symbolic keywords: native soil (pochva), dirt (griaz’), and virgin land (tselina). Examining these keywords reveals how soil, in its many forms, served to focus larger debates about the hygienic boundaries between art and life, between culture and nature, and between classes and nations. At the conclusion of the talk, Erley will reflect on how attention to materiality can reinvigorate our understandings of literature and culture.

Mieka Erley is Associate Professor of Russian and Eurasian Studies at Colgate University. She studies the literature, cinema, and culture of the Soviet period, with a focus on their relations to science, materiality, and the environment. Her first book, On Russian Soil: Myth and Materiality, was published in June 2021 by NIU Press. The book traces how soil was materially transformed in the Russian Empire and Soviet Union from the 1840s to the 1960s, and how these material transformations were reflected in the cultural domain. She is currently working on her second book project, Prehistories of the Posthuman, which reevaluates cosmism in light of contemporary post-humanist theory. An article from this project on Alexander Bogdanov and Donna Haraway’s concept of sympoiesis is forthcoming this spring in Novoe literaturnoe obozrenie (NLO). Other articles can be found in Slavic Review, NLO, the French literary journal Europe, and the edited volumes Eurasian Environments and Petersburg/Petersburg. She is also a member of the international working group, Russian Ecospheres, which is currently collaborating on an anthology of Russian ecological thought and a handbook of ecological terms.