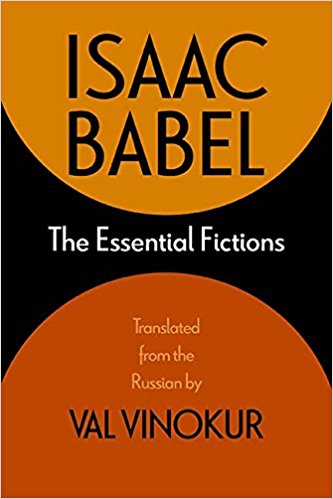 Please join us on Thursday, March 8th for “The Essential Fictions of Isaac Babel: New Translations by Val Vinokur”. This talk is part of the Occasional Series, sponsored by the NYU Jordan Center for the Advanced Study of Russia.

Isaac Babel was born in 1894 into multicultural Odessa’s thriving Jewish community. Working as a journalist, he witnessed the Bolshevik Revolution and Civil War, and accompanied the Cossack horsemen of the Red Cavalry during the 1920 Polish-Soviet War, distilling these experiences into his fiction. Val Vinokur’s new translations of these stories highlights Babel’s “horrified hopefulness” and “doleful and bespectacled Jewish comedy” in the face of the bloody conflicts that plagued his generation. Vinokur will talk about the challenges involved in translating Babel and will read from his work.

Val Vinokur is the author of The Trace of Judaism: Dostoevsky, Babel, Mandelstam, Levinas (Northwestern University Press, 2009), a finalist for the 2009 AATSEEL Award for Best Book in Literary/Cultural Studies. His work has appeared in The Boston Review, McSweeney’s, Zeek, Common Knowledge, The Literary Review, New American Writing, The Massachusetts Review, The Miami Herald, Public Seminar, and LitHub. His co-translations, with Rose Réjouis, from French and Creole have been recognized with a Guggenheim Fellowship and the Lewis Galantière Award. Since 2001, he has taught literature at The New School, where he is chair of Liberal Arts in the BA Program for Adults and directs the minor in Literary Translation. His annotated translation of seventy-two stories by Isaac Babel, The Essential Fictions (Northwestern UP), was published last fall. Vinokur is also the founding editor of POETS & TRAITORS PRESS, which publishes hybrid books of original and translated poetry.