Film Screening | A House on the Edge 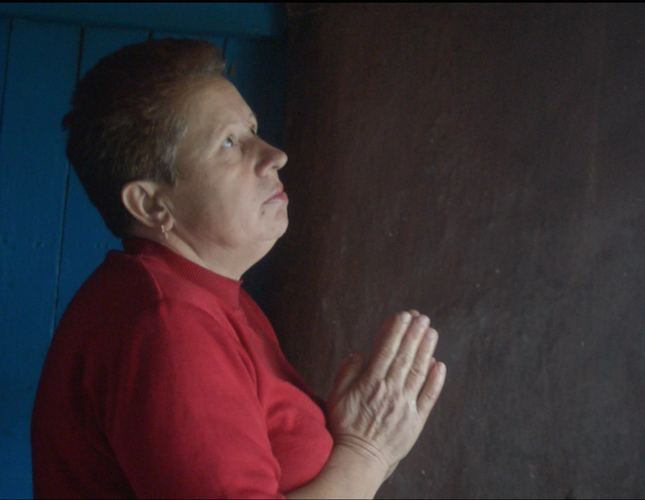 On May 3, 2016, please join us for a screening of “A House on the Edge,” a 2016 documentary film by Yulia Vishnevets. The film will run for 50 minutes and will be followed by a Q&A with the filmmaker.

Natalia Petrovna from Donetsk was lucky. She was in a bomb shelter the night of the fighting in which her house was destroyed. Nadezhda Petrovna, whom we meet in Svitlodarsk, was also lucky. The shells that hit her neighbor’s house burnt down only a shed on her property. Two women of the same age, sharing similar stories, are separated by the war and supposed to be enemies.

The Donetsk region of Ukraine is now divided in two parts – one is controlled by separatists, the other by Ukraine. The borderline is drawn basically at random, simply reflecting the line of battle at the time of negotiations. Since September 2014 an armistice has been in place between the two sides. But the terms of the ceasefire were violated from the very start, as the forces of the Donetsk People’s Republic and the Ukrainian army engaged in artillery battles every night. They regularly missed the mark, as shells hit houses and caused many civilian casualties. After the bombing Natalia Petrovna moved to a Soviet-era shelter. In August 2015 the shelter would host dozens of people, who would stay overnight to be safe from the fighting, moving back to their homes at daytime. Those whose houses had been destroyed had taken up permanent residence there.

Vishnevets is a Moscow-based journalist, with a passion for exploring society through documentary storytelling. She is a correspondent of Deutsche Welle in Moscow, and works regularly on independent documentary projects. Her interests ranges from poverty and social exclusion to identities, conflicts and how people are affected by their surrounding environment. Her photographic work appeared in Russian Reporter Magazine, Liberation, ONE magazine, RUSSIA Magazine, Gazeta Wyborcza, Akzia newspaper, BBC Russian, Lenta.Ru, and others. “A House on the Edge” is her first full-length documentary film.

This event is co-sponsored by the NYU Russian Club