Film Screening | The Flames of Paris 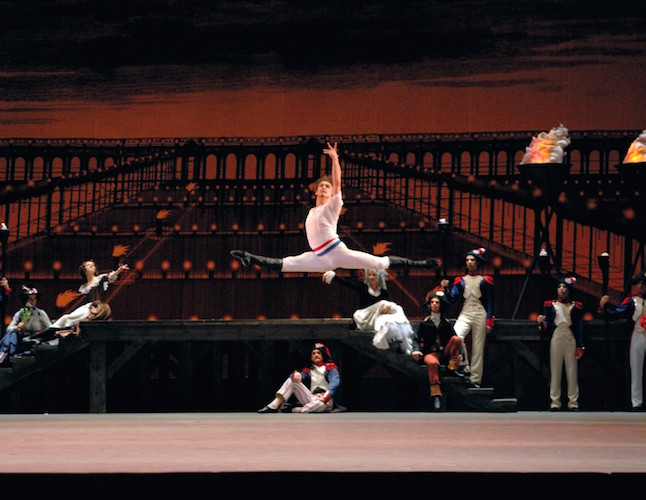 On February 23, 2016 please join us for a film screening of the Bolshoi Ballet’s production of The Flames of Paris, followed by a Q&A with Katerina Novikova, Press Secretary of the Bolshoi Theatre, and Anna Winestein, Executive of the Ballets Russes Arts Initiative (BRAI). This event is part of BRAI’s series Bolshoi Postmodern: Innovative Performance in HD, February 20-March 12, in New York, Washington, D.C., and Boston.

As Philippe and Jeanne, young lovers caught up in the French Revolution, Ivan Vasiliev and Natalia Osipova defy gravity in Alexei Ratmansky’s dynamic reconstruction and reimagining of the classic Soviet ballet. Created in 1932 for the 15th anniversary of the October Revolution, The Flames of Paris had a libretto adapted from a book by Provençal author Felix Gras and a score by Boris Asafiev based on French popular songs of the Revolution. Only 12 minutes of the original choreography by Vasily Vainonen – performed at the Mariinsky Theatre in 1932 and the Bolshoi Theatre in 1933 – have been preserved; in effect, Ratmansky fashioned a new ballet while staying true to the era and to Vainonen’s blend of classical and character dancing. The optimistically ideological libretto of the 1930s has also been updated, making it more tragic and humane. The boldly graphic sets and costumes channel French popular prints, and Ratmansky’s expressive choreography executed by Vasiliev and Osipova are a tour-de-force performance. The Flames of Paris is a film directed by Vincent Bataillon and produced by Francois Duplat (2010, Bel Air Media). Running time is 98 minutes.