Free Style: Democratic Virtue and the Capitalist Hustle on Russian TV in the Final Days of Perestroika (with Pavel Khazanov) 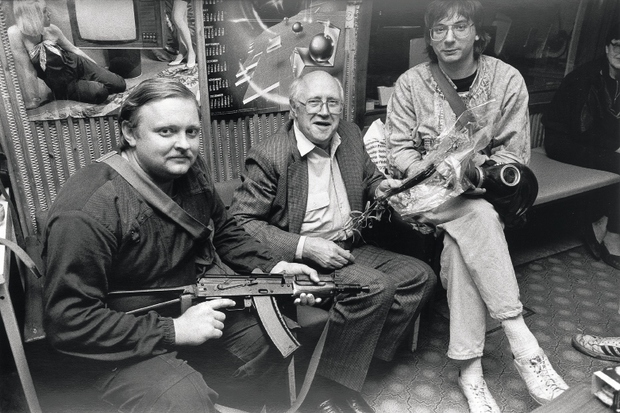 When murky grand history was unfolding on the streets of Moscow between December 1990 and August 1991, a parallel murky history was taking place in Moscow’s mass media circles, where the old Soviet behemoth of Gosteleradio was rapidly undergoing an evolution towards a post-Soviet market model. At this time, members of Perestroika’s most culturally impactful mass media outfit, the late-night politics and entertainment show “View” [Vzgliad] formed the private media company “VID.” Professor Khazanov’s talk will consider the vanishing moment between Perestroika and Yeltsinism when two seemingly unrelated VID projects, “View” and “The Capital Gameshow: Field of Miracles” [Kapital Shou Pole Chudes] overlapped. Professor Khazanov will argue that between these two shows at the early “VID,” we can glimpse how the “View” team negotiated their understanding of civic versus market freedoms, as well as the surprising role that Gorbachev’s USSR, rather than Yeltsin’s Russia played in sustaining their belief in the possibility of an equilibrium between the one and the other.

Pavel Khazanov is Assistant Professor of Russian at Rutgers University. His research examines the development of Soviet and post-Soviet ideology, focusing on the interpretation of socialism, humanism, liberalism and nationalism among Russian elites and their audiences. He book in progress, A Russia That We Have Lost: The Pre-Soviet Past as Anti-Soviet Discourse examines how 1950s-1980s cultural recollections of the pre-Revolutionary past shaped the political horizon of contemporary Russia.