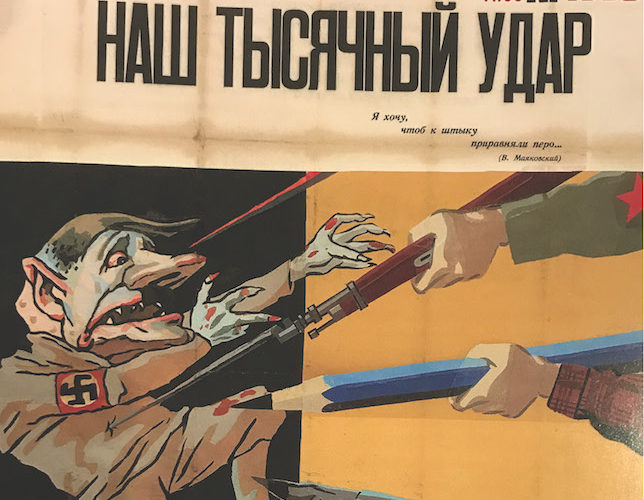 On April 14, 2017, please join the Jordan Center for the Advanced Study of Russia at NYU and the NYU Department of History for “Images against Words: Nazi Germany and the Soviet Union at War, 1941-1945,” featuring Jochen Hellbeck of Rutgers University. This talk is open to the public and part of the Elihu Rose Lectures in Modern Military History, brought to you with the generous support of Elihu Rose. Light refreshments will be served.

Professor Hellbeck will compare Nazi German and Soviet propaganda during the Second World War. Special emphasis will be placed on the deeply visual style of Nazi propaganda and largely verbal orientation of the Soviets and their roots in the ideologies of both sides. The lecture will also discuss how soldiers and civilians understood and interpreted war time propaganda and how Nazi images and Soviet texts influenced the bloodiest war of the twentieth century.