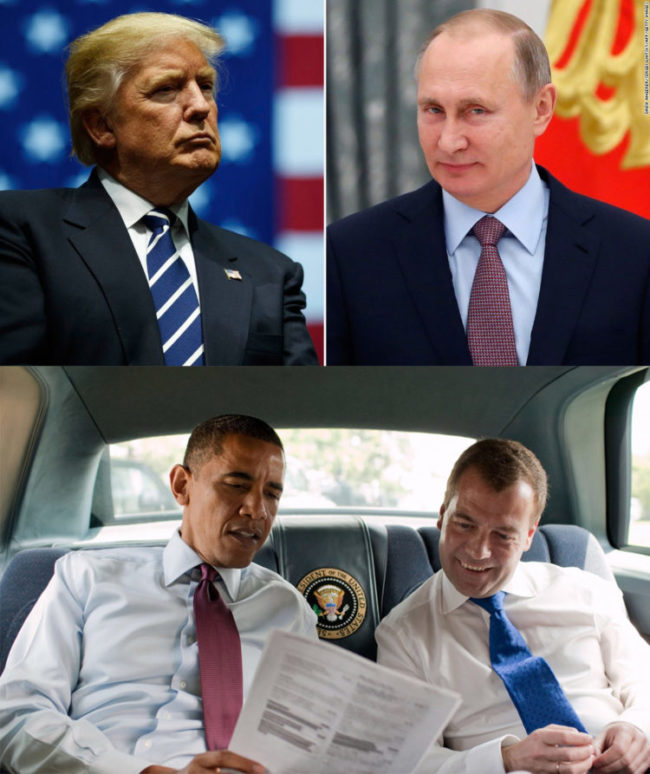 The Harriman Institute of Columbia University and the New York University Jordan Center for the Advanced Study of Russia are pleased to announce the inaugural event of the New York Russia Public Policy Seminar. The joint initiative, supported by the Carnegie Cooperation of New York, establishes a regular forum for academics and professionals in New York city to engage with pressing issues informing U.S.-Russia relations. The sessions seek to bring innovative and impactful scholarship and analysis to bear on key trends and related policy questions and to create an informed network for open dialogue and debate.

At the beginning of the Obama Administration, and in the wake of the Russia-Georgia War of 2008, Secretary of State Hiliary Cinton initiated a much-publicized Reset of US-Russia relations. Subsequent conflicts over Ukraine and Syria and the further deterioration in U.S.-Russia relations suggest that the approach failed to address fundamental sources of tension in the relationship.

Now, with President Trump and his close advisors indicating a willingness to re-engage with Russia and to even abandon certain long-standing U.S. positions, the question of a possible Trump-Putin “Reset”, its parameters and significance, have once again become a central foreign policy issue.

Our speakers will address the issue of why reconfiguring US-Russia relations has proven so difficult and why efforts to improve U.S.-Russia relations in the past, including the “Reset” under the Obama administration, have unravelled.

What analytical concepts or historical analogies are the most helpful for understanding these dynamics? Is a new “international order” or Yalta-2 agreement likely and what are the main strategic priorities and constraints on Washington and Moscow?  And what might be the impact of another attempt to reconfigure US-Russian relations on global issues like America’s system of alliances, international security and the multilateral international order?

Stephen Kotkin is the John P. Birkelund ’52 Professor in History and International Affairs in the Woodrow Wilson School and history department of Princeton University, where he also directs the Princeton Institute for International and Regional Studies and co-directs the Program in the History and Practice of Diplomacy.  He is a fellow at the Hoover Institution at Stanford University as well.  His most recent book is Stalin vol. I: Paradoxes of Power (Penguin, 2014).  Stalin, vol. II: Waiting for Hitler, is forthcoming in fall 2017.  His essay, “Russia’s Perpetual Geopolitics,” appeared in Foreign Affairs (2016).

Daniel Nexon is an Associate Professor in the Department of Government and the School of Foreign Service at Georgetown University. He has held fellowships at Stanford University’s Center for International Security and Cooperation and at the Ohio State University’s Mershon Center for International Studies. During 2009-2010 he was an International Affairs Fellow in the Russia, Ukraine, Eurasia section of the Office of Secretary of Defense for Policy. There, among other things, he worked on issue related to the Reset and Russian nuclear doctrine. During 2016, he was a volunteer coordinator with the unofficial foreign policy advisory group for the Bernie Sanders campaign. He is the current lead editor of International Studies Quarterly.

Yuval Weber is an Assistant Professor at the National Research University – Higher School of Economics in the Faculty of World Economy and International Affairs. He has served as a researcher at the Carnegie Moscow Center and New Economic School. Dr. Weber is currently a Senior Visiting Scholar at the Davis Center for Russian and Eurasian Studies at Harvard University where he is working on a project on the sources of liberal and anti-liberal dissatisfaction for powers in the international system and the strategies they employ to stake their claims for revising the international order. His work has appeared in Survival, Cold War Studies, Orbis and the Washington Post.

Click here to watch the livestream of this event beginning at 5:00pm!