Branislav Jakovljevic- Madness as a Form of Knowledge: Pavel Karpov’s Creations of the Mentally Ill 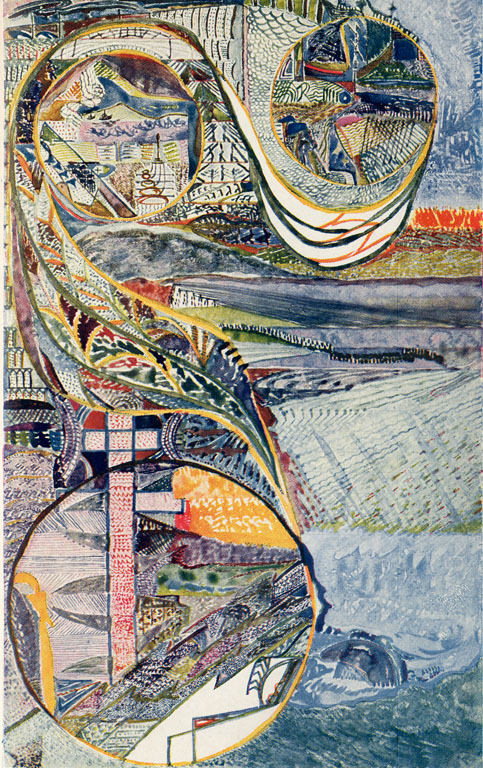 Please join us on Friday, March 1st for “Madness as a Form of Knowledge: Pavel Karpov’s Creations of the Mentally Ill”, a talk with Branislav Jakovljevic, Stanford University. This event is part of the Occasional Series, sponsored by the NYU Jordan Center for the Advanced Study of Russia.

Psychotic art occupies a precarious intersection between absolute necessity and great vulnerability: mentally ill artists create because they can’t do otherwise, and their works rarely receive the kind of curatorial attention that commonly goes to the works of professional artists. Rare examples of psychotic art produced in early Soviet Union survived in the book Creativity of the Mentally Ill by Russian/Soviet psychiatrist Pavel Ivanovich Karpov. Published in 1926, four years after Hans Prinzhorn’s landmark Artistry of the Mentally Ill, Karpov’s book now appears as its silent other: it was ignored in Soviet Union and completely overlooked in histories of outsider art in the West. Karpov based his research on a collection of outsider art he accumulated over the years of his psychiatric practice in Russian and Soviet hospitals. The collection has been lost in purges of the 1930s, and the only artifacts that survive are the works that he included in his book. This makes Creativity of the Mentally Ill not only one of pioneering 20th century works on psychotic art, but also an enduring exhibition space of this kind of art produced in early Soviet Union.

Branislav Jakovljevic is a Professor and Department Chair. Avant-garde and Experimental Theater, Performance Theory, Performance and Politics, at Stanford University. He is the author of Alienation Effects: Performance and Self-Management in Yugoslavia 1945-1991 (University of Michigan Press 2016), winner of the 2017 ATHE Outstanding Book Award, and of the Joe A. Callaway Prize for the Best Book on Drama or Theater for 2016-17. His first book Daniil Kharms: Writing and the Event was published by Northwestern University Press in 2009.