It Will Be Fun and Terrifying: Nationalism and Protest in Post-Soviet Russia (with Fabrizio Fenghi, Brown University) 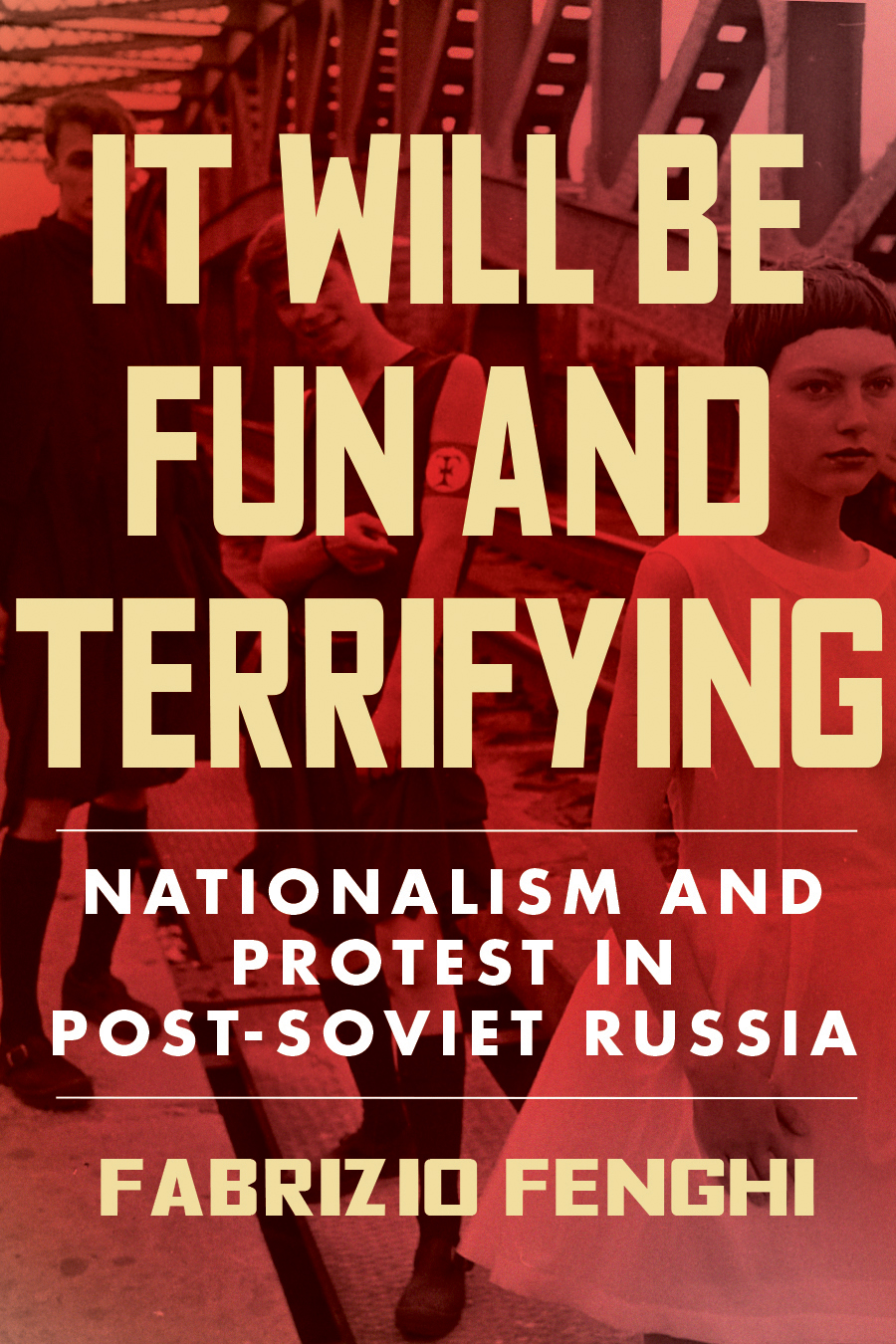 The National Bolshevik Party, founded in the mid-1990s by Eduard Limonov and Aleksandr Dugin, began as an attempt to combine radically different ideologies. In the years that followed, Limonov, Dugin, and the movements they led underwent dramatic shifts. The two leaders eventually became political adversaries, with Dugin and his organizations strongly supporting Putin’s regime while Limonov and his groups became part of the liberal opposition.

To illuminate the role of these right-wing ideas in contemporary Russian society, Fabrizio Fenghi examines the public pronouncements and aesthetics of this influential movement. He analyzes a diverse range of media, including novels, art exhibitions, performances, seminars, punk rock concerts, and even protest actions. His interviews with key figures reveal an attempt to create an alternative intellectual class, or a “counter-intelligensia.” This volume shows how certain forms of art can transform into political action through the creation of new languages, institutions, and modes of collective participation.

Professor Fabrizio Fenghi‘s research focuses on the relationship between art and literature and the shaping of post-Soviet public culture. Before coming to Brown, he completed a Ph.D. in Slavic Languages and Literatures at Yale. He grew up in Milan, Italy, where he received a B.A. and an M.A. in Foreign Languages and Literatures (Russian and English) from Milan State University. During his graduate and undergraduate training, he spent several years of study and research in Moscow, Russia, where he was affiliated with the Russian State University for the Humanities (RGGU) and Moscow State University (MGU). His interests include Soviet and post-Soviet literature and film; post-Soviet politics and ideological discourses; postsocialism; Russian nationalism and national identity; cultural studies; cultural anthropology; postmodernism; and visual and iconographic aspects of Soviet culture. He teach courses on twentieth- and twenty-first-century Russian culture, literature, and politics, Russian language, gender and sexuality, nationalism and national identity.