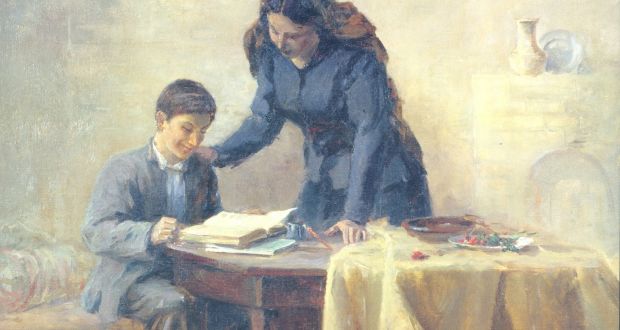 On Monday, March 19th please join us for “Joseph Stalin: bloody tyrant and bookworm”, a talk by Geoffrey Roberts, University College Cork and Jordan Center Short-Term Fellow. This talk is part of the Occasional Series, sponsored by the NYU Jordan Center for the Advanced Study of Russia.

Joseph Stalin’s legacy is one most commonly characterized by a brutal dictatorship led by a heartless tyrant. Stalin, however, was also an intellectual, and his passion for books shaped his development from a young age, strengthening his revolutionary fervor and guiding his Marxist ideology. By the time of his death in 1953, he had accumulated approximately 25,000 volumes. Including works of not only the humanities and social sciences, but also aesthetics, fiction and natural sciences, this extensive working library reveals much about the sources impacting Stalin’s revolutionary ideology, his complex way of thinking, and his private world of words.

Geoffrey Roberts is Emeritus Professor of History at University College Cork, National University of Ireland. A Member of the Royal Irish Academy, Professor Roberts has been a visiting fellow at Harvard and Princeton, the Central European University, the Kennan Institute and the Nobel Peace Institute. He is currently a visiting Fellow at the Jordan Center and in 2018-2019 he will be a Senior Fellow at the Helsinki Collegium for Advanced Studies, writing a book about the postwar communist peace movement. His many books include Stalin’s Wars: from World War to Cold War, 1939-1953 (2006); Molotov: Stalin’s Cold Warriorr (2012); and Stalin’s General: The Life of Georgy Zhuhov (2012) – winner of the Society for Military History Distinguished Book Award for Biography.

Image: Comrade Stalin with Mother (1930) by the Georgian artist Apollo Kutateladze: Stalin as intellectual lived in a world of words, ideas and texts. Books helped insulate him from the inhumane realities accompanying his violent pursuit of utopia