Life Is Elsewhere: Symbolic Geography in the Russian Provinces, 1800–1917 (with Anne Lounsbery, NYU Professor of Russian and Slavic Studies) 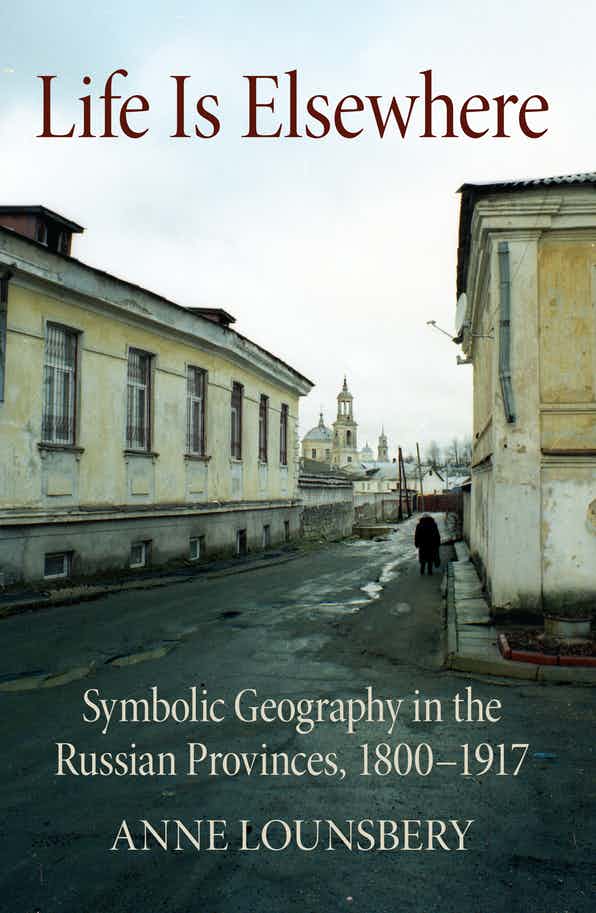 Join us on Zoom for a virtual lecture with NYU Professor Anne Lounsbery, in which she will discuss her new book Life is Elsewhere: Symbolic Geography in Russian Literature, 1800-1917.

In Life Is Elsewhere, Anne Lounsbery shows how nineteenth-century Russian literature created an imaginary place called “the provinces”—a place at once homogeneous, static, anonymous, and symbolically opposed to Petersburg and Moscow. Lounsbery looks at a wide range of texts, both canonical and lesser-known, in order to explain why the trope has exercised such enduring power, and what role it plays in the larger symbolic geography that structures Russian literature’s representation of the nation’s space. Using a comparative approach, she brings to light fundamental questions that have long gone unasked: how to understand, for instance, the weakness of literary regionalism in a country as large as Russia? Why the insistence, from Herzen through Chekhov and beyond, that all Russian towns look the same?  In a literary tradition that constantly compared itself to a western European standard, Lounsbery argues, the problem of provinciality always implied difficult questions about the symbolic geography of the nation as a whole. This constant awareness of a far-off European model helps explain why the provinces, in all their supposed drabness and predictability, are a topic of such fascination for Russian writers—why these anonymous places are in effect so important and meaningful, notwithstanding the culture’s nearly unremitting emphasis on their nullity and meaninglessness.

Anne Lounsbery is Professor of Russian Literature and Chair of the Department of Russian and Slavic Studies at New York University. Her research interests include symbolic geography, ideologies of taste, race and empire, and the Russian novel in comparative context. She has recently begun a new project on the idea of the petit bourgeois and мещанство in Russian culture.